Next on the list is Everest 3.5, with it’s read/write and latency tests. We broke through the 8K mark in our read tests and came close to 5,500 in our write. These benchmarks are heavily CPU bound as well though, so the higher your CPU frequency, the better effects your memory overclocks will have. 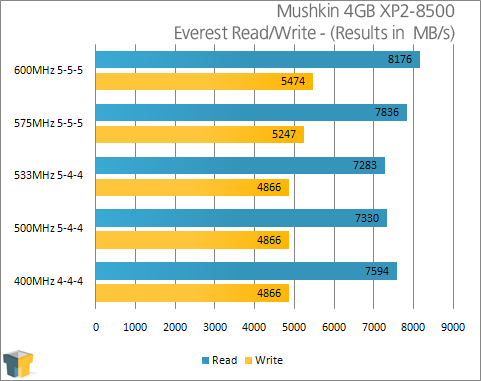 Again, at our 575MHz setting, the Mushkin kit proved slightly higher Read results than our previously reviewed OCZ Reaper 9200 at the same timings and voltages. Write scales with FSB on Intel systems, so the results will be the same regardless of the memory kit. 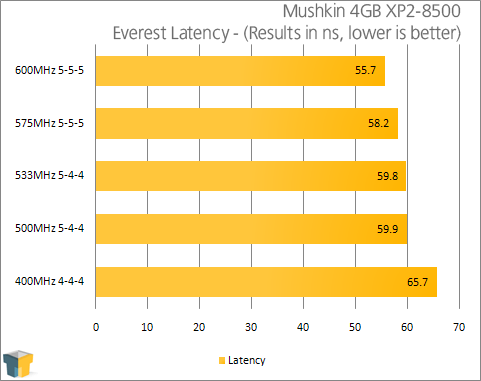 Latency is where we begin to see the small disadvantages of moving up to 4GB of ram. While the previously mentioned OCZ Reaper kit hit 57.4ns at 575MHz, this 4GB kit hit 58.2ns. I had originally expected much larger differences than this however, so I am impressed by the results. 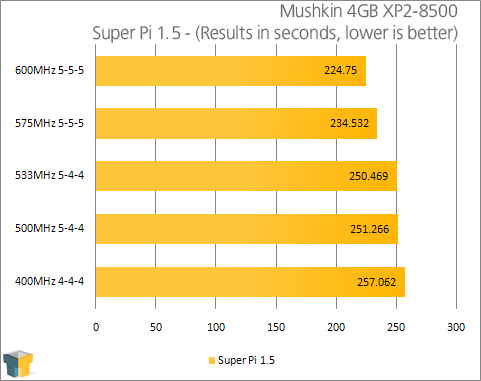 Again, great results displayed here. Comparing to the OCZ Reaper kit again, the Mushkin proved faster in all the tests that it was able to use the same timings. For instance, at the 400MHz setting, this 4GB kit proved 4s faster than the 2GB kit at equal speeds. It goes to show how a program like Super Pi loves ram, especially if it can benefit from having wider bandwidth to play with. 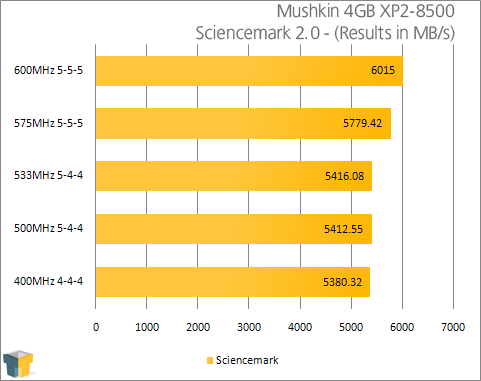 We barely broke through the 6K mark, but it happened! Let’s compare this 4GB kits performance to other kits we’ve reviewed in the past.