Unless you buy server motherboards and proprietary systems, you may not have heard of Supermicro before. With its S5 Gaming mid-tower PC chassis, the company is showing signs of diversifying its market reach. Techgage got a sample, so we put it through the wringer to see just how good it is.

I’ll be reviewing the Supermicro S5 on a few key criteria: ease of system installation; cooling performance; a subjective evaluation of its noise output characteristics; and a few miscellaneous comments about the chassis’ build quality.

First, though, a look at our test system’s components:

And here’s a look at how everything looks in the Supermicro S5: 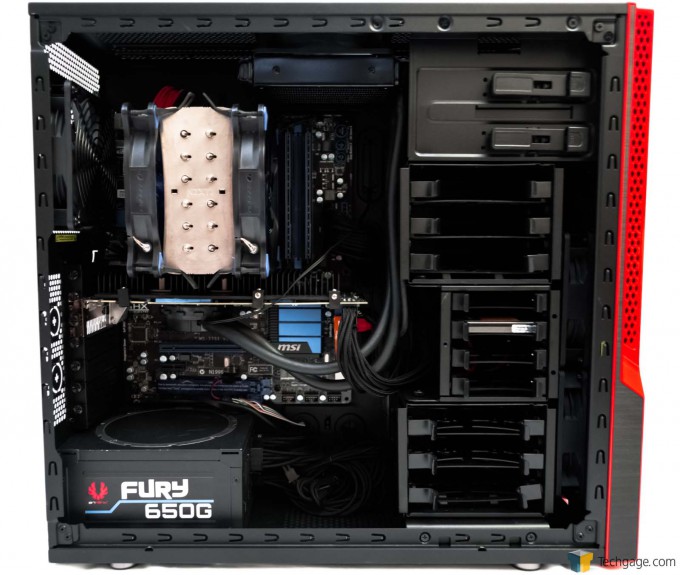 System installation took about an hour, which is about average for me. There weren’t any real surprises or difficulties. Indeed, the only noteworthy deviation from the routine was using the provided front panel header adapter.

Cable management did present some niggles. Specifically, the openings in the motherboard tray are small, so you need to be patient and careful when threading the various cables through them. They fit, but the tolerances are smaller than usual.

The gap between the back of the motherboard tray and the side panel is also a bit narrow. However, it was fairly easy to shift the bundles of extra cable length into unused spaces; attaching the side panel, then, was easy.

Speaking of the side panels, I like the fact that the thumbscrews stay on the side panel edge. That’s a feature I rarely see in chassis, and one I wish is a more universal solution.

Moving on to thermal testing, I will use the OCCT CPU stability test program to generate maximum CPU load and temperatures as well as MSI Kombustor for the GPU temperature testing. Ambient temperature will be kept constant at 72°F/22.2°C.

A preliminary note about thermal testing: A PC chassis being reviewed ought to be in as close to stock configuration as possible. That means I won’t add fans to the system (other than what comes with certain components’ cooling systems). Also, per my now routine practice, I’ll also use the same torture tests to put the CPU and the GPU under maximum load conditions. OCCT is the torture test of choice for the CPU, while MSI Kombustor fits the bill for the GPU.

So this is how the S5 fared: 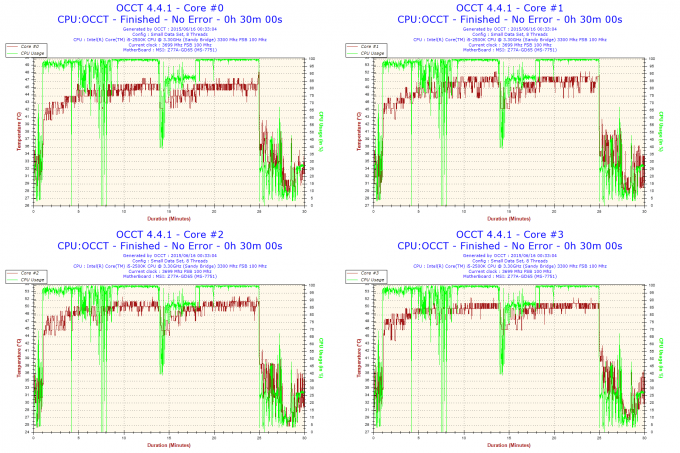 Across the four cores of the i5-2500K, the maximum temperatures registered were 47°/51°/51°/51°C. The following table shows how this performance compares to other chassis I’ve tested with the test system in an identical configuration:

The data show the test system reached the lowest temperatures at maximum CPU load whilst installed in the Supermicro S5. Granted, there is very little difference between our test results, but at the very least you can conclude the S5 isn’t under-performing compared to its competition.

Moving on to the maximum GPU temperature tests, the test system in the S5 registered a maximum of 70°C. 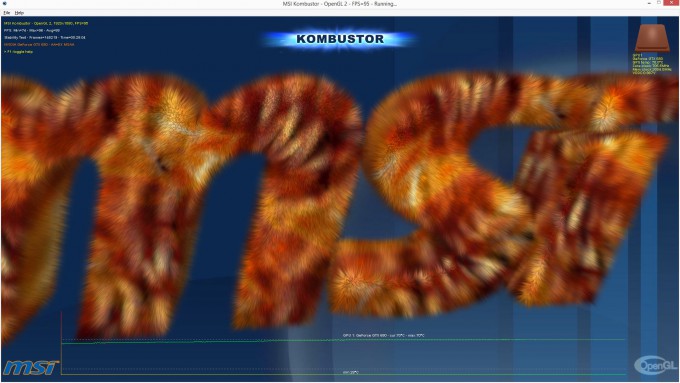 And here’s how that compares to the rest of the chassis for which I’ve gathered maximum GPU temperature data:

The Supermicro S5‘s performance was not the best, but it was four degrees Celsius better than the worst performances. I’d theorize that the reason for this is the restrictiveness of the mesh filter panel on the chassis roof. The finer the mesh pattern, the more it keeps dust out, but also the more it impedes airflow into a chassis.

In terms of noise output, the S5 is as quiet as they come. This is quite impressive given that Supermicro did not equip the S5 with any overt noise-dampening materials like sound-absorbent foam or anything like that.

Moving on to build quality, overall the S5 is more than adequate. The paint is acceptable for what it is; it’s not like it was given a shiny finish or anything. However, the paint seems resilient and damage-resistant. I’m also impressed with the lack of squeaks and vibrations, suggesting the S5 has a very good and strong structural integrity. Finally, I also like the feel of both the power and the reset buttons. They don’t feel cheap at all, and pressing them feels satisfying.

If there’s one thing I’d care to complain about, it’s the cheap feel of the plastic on the front fascia. I understand that this isn’t a top-tier product, but it’s never cool when you touch something and it just feels more brittle than you’d want it to be. The worst offender in this aspect is the grill protecting the front intake fan opening: I feel like I can destroy it with my bare hands without much effort.