Is Nero’s latest upgrade worth the cash? We are leaning towards yes. With 8, Nero have shown renewed focus on what it is consumers are most interested in, and as a result, have made the application much easier to use. Read on as we explore all that’s new and notable.


Not much has changed with audio ripping in this release. The menu is simple and includes all of the usual options with regards to read speed, file names and extensions, etc. 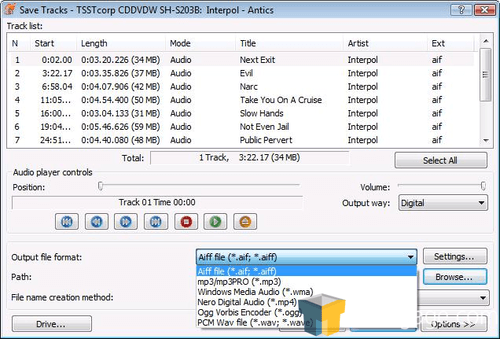 There are a few other noteworthy shortcomings of the audio ripping software in its current form, namely the complete lack of FLAC (although a 3rd party FLAC plug-in is floating about somewhere) and also support for being able to use your own version of LAME and your own options. Also, I find it puzzling that there is no ‘secure mode’ option when ripping audio to ensure that disc scratches don’t ruin the rip – such functionality is readily available with freeware applications, and it’s a shame that such functionality is not included in this suite.

Aside from that, the ripper functions very well.

Also included in Nero 8 is a basic photo editor, Photosnap. Not much has changed here since Nero 7. 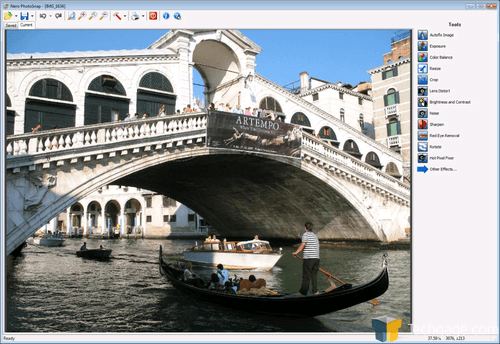 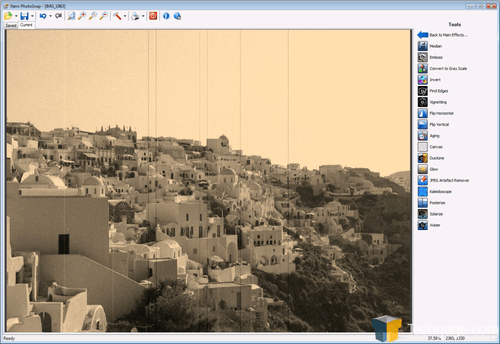 The interface is slightly different (simpler), but the functionality appears to be the same. General photo effects like sharpening, red-eye reduction, brightness/contrast, etc. as well as other options like aging, duo-tone, kaleidoscope, etc. It remains a very useful tool for simple photo edits if you don’t have access to a more advanced image manipulation tool.

With all the different video players and formats flying around these days, the ability to convert file types is practically a necessity. 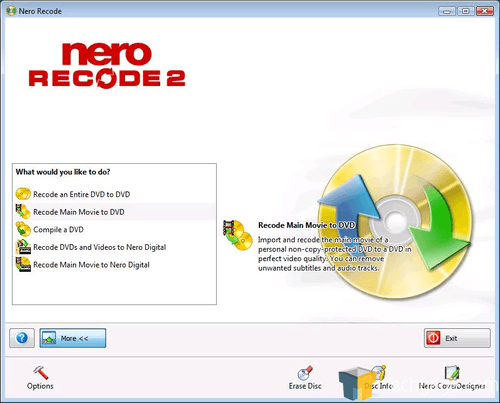 Thankfully, that’s where Nero Recode comes in, allowing users to convert video files (generally ripped from DVD) into various formats, including custom formats, for use on various players. The program with template settings for the PSP and iPod, and users can set their own resolutions, audio compression, and target size. 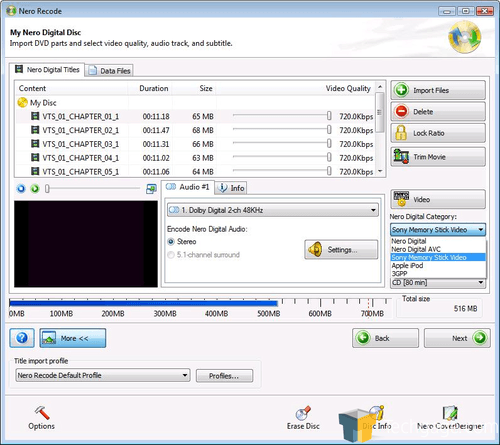 There may be some minor issues when it comes to using templates; for instance, selecting the PSP format only allows two resolutions to choose from, neither of which will use the entire screen. 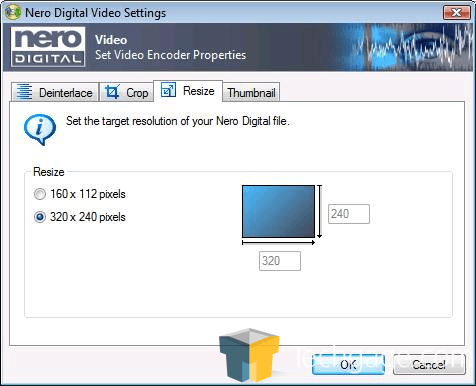 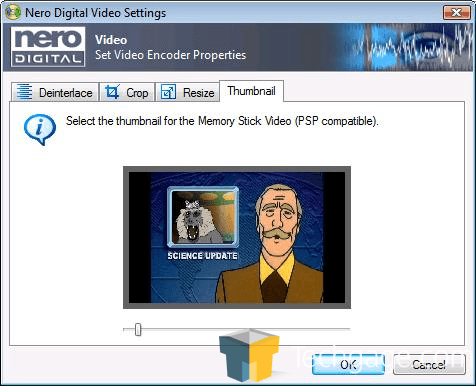 The most notable update in Nero Recode 2 is multi-processor support. SSE4 hasn’t been incorporated yet, which is somewhat disappointing, but the speed bump from additional cores is definitely a step in the right direction. 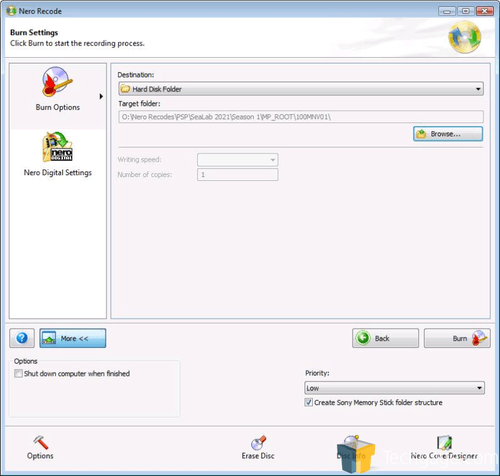 Users with HTPCs or home networks will likely appreciate the file sharing and streaming functionality of Nero Home. While the software hasn’t changed much from Nero 7, the program remains a useful tool for many users. 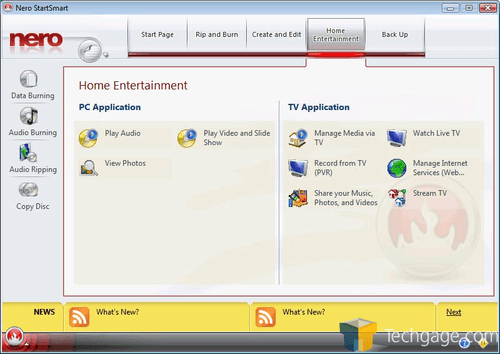 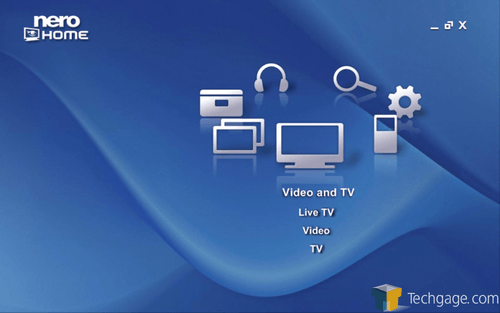 Nero Home includes a server program that allows any device on your home network to access and play audio and video content stored on other network devices, and can also be installed on a single PC (usually attached to a TV input and run through a television monitor) in order to use content playback and recording features. This updated version of Nero Home offers the ability to stream and record live TV provided that there is a compatible TV tuner card installed. Not having a tuner card, I was unable to test this particular feature. 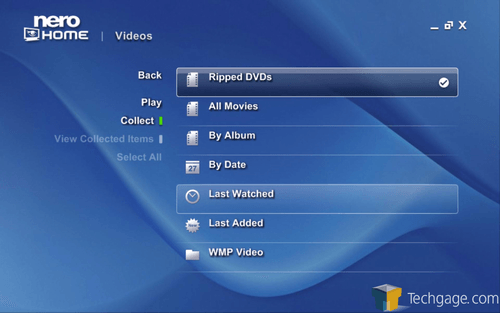 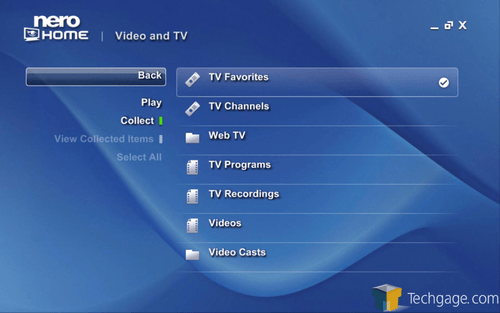