by Rob Williams on July 4, 2006 in Miscellaneous

Looking for a feature-packed camera that won’t empty your wallet? The S4 features a swivel-lens capable of 10x Optical Zoom, a 2.5″ LCD screen and even includes rechargeable batteries and charger. But does it take quality pictures? Read on..


We should concentrate on some of the key specs that the camera has. We’ve already touched on the zoom capabilities, but didn’t touch on exactly what makes the lens take such clear pictures. The S4 is equipped with a 10x Zoom-Nikkor 38-380mm lens with a maximum aperture of f3.5. The focus range is 12″ to infinity, and 1.6″ to infinity in macro mode.

Quite a sharp lens for the price range, really. A great addition to the camera is a 2.5″ LCD 110,000 pixel screen. This is rather low resolution, but on par with most other cameras on the market in the same price bracket. However, due to the low resolution, it will be difficult to take the perfect picture in certain lighting conditions. Ever try to use an LCD of any kind outdoors? Yup, it’s impossible to see on a sunny day. This is where the optical viewfinder would come in handy though. Alas, the S4 does not have one… 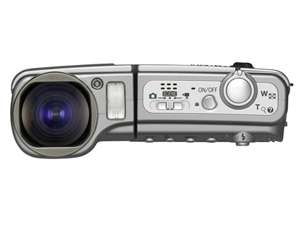 The S4 does come with a huge share of shooting modes though. As always, experimentation will be the key here, but I found myself using BSS (Best Shot Selector) most often. There are modes used to help take pictures in very unique settings though, such as a fireworks show or a museum. If you enjoy having a date imprinted into the picture or set the camera to a 10 second timer, they are also there.

The camera also has a blur warning, where it will ask you before saving a picture, if it detects that it’s blurry. This can happen often during macro shots if you are too close, or if you shake the camera too much while trying to take a snapshot. It’s a simple yet effective feature that will have you conserve memory on your SD card and save you from sorting through numerous blurry pictures later on.

Though I didn’t touch on the movie capabilities with the S4, the settings are standard. 640*480 resolution at 15FPS, 320*240 at 15FPS or 160*120 at 15FPS. You can also choose to take a video with or without sound, depending on your interest. Without sound, the max FPS is still 15, but it would save memory if you didn’t require sound. 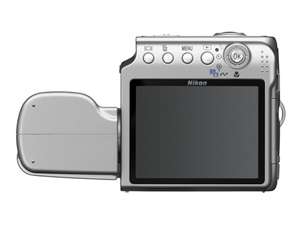 The flash has a range of 0.4 – 3.0 meters (1′ 4″ – 10′). As is becoming common with newer digital cameras is a built-in red-eye reducer. This essentially just shines a red beam of light towards your subject, and then will immediately shoot a picture afterwards.

Battery life on the camera was not very impressive, as I found myself replacing the batteries after ~100 pictures at the 6MP setting. It will pay off greatly to bring extra rechargeable batteries along with you. Nikon estimated 450 pictures for each charge of the batteries, but this would have to be on the 1024*768 setting, because I didn’t make it near that far.

The S4 includes a staggering 13.5MB of internal memory, which is good for about 3 or 4 high resolution shots. This is only good for testing out the camera before you buy it, really.

To see what kind of color the S4 would spit out, I took a picture of the same general area both during the day and again in the evening. In the first picture, the grass has incredibly lush green color, as well as the rest of the trees and foliage. The camera did a great job of accurately capturing the color that the human eye will see. 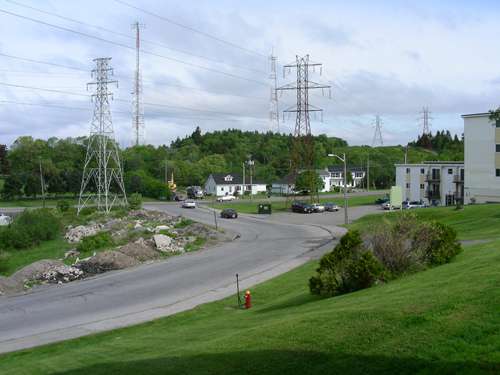 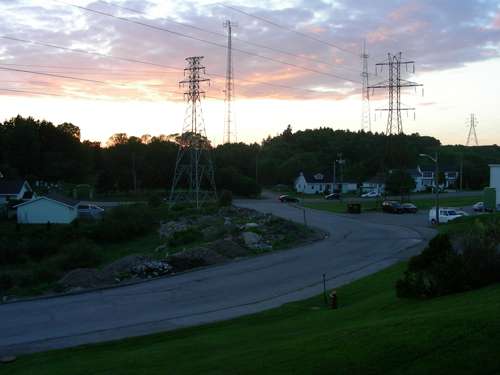 Where I live, the weather changes about every 10 minutes, so I was able to also get a rainy day shot in addition. 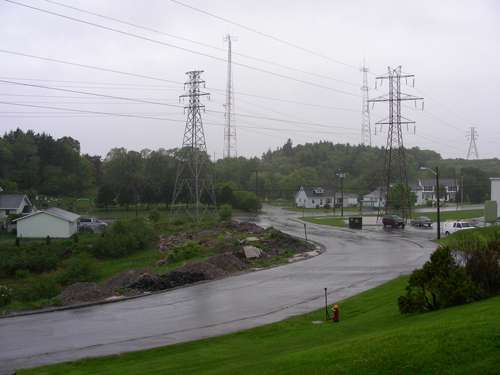 The camera really does do a great job of capturing the blue and reddish hues in the sky, 10 minutes before the stars come out. 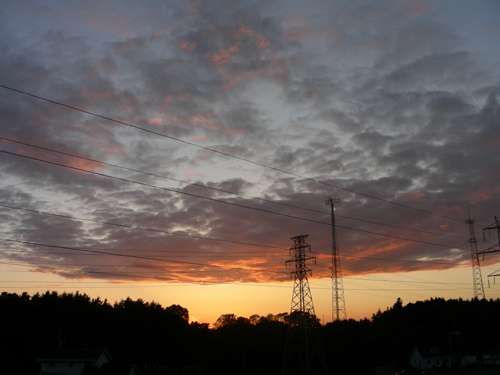 Nikon generally does a great job with the color in the outputted photos. I found that also with the L1 review also. It seems to be pretty congruent regardless of what Nikon camera you pick up.