by Rob Williams on August 17, 2006 in Miscellaneous

We’ve taken a good look at a few Coolpix models in the past, but none were like this. The S6 is as sleek as they come, and can easily fit into any pocket for transport. Does it’s small size detract from it’s image quality?

As mentioned in the intro, this is one camera unlike any we’ve taken a look at before. Sometimes that’s a bad thing, sometimes it’s a good thing. In the case of the oddly designed S4, it turned out to be a great thing. The “S” in S6 stands for Style, so it’s clear why it’s as sleek as it is. However, this is a rather small camera that’s meant to fit into any pocket, so we are not going to be able to expect picture quality as we’ve seen with previous models.

The thing you will notice very quickly is that the lens does not protrude from the camera, like most others on the market. This is simply so that it could retain it’s small form factor, and which is why I found the picture quality to not be top rate. I will get into that later though. As it is, this is one great looking camera. It could be even considered sexy. In fact, the TV promo for the S6 featured Kate Moss. So obviously, this is strictly for those who want a small camera for quick point and shoots, that won’t tarnish the high-class look they are trying to accomplish.

The camera arrived in a gray box, as most of the recent Coolpix’s do. Inside is software, warranty information and other pamphlets.

It’s almost hard to capture in a picture how tiny this camera is. As you could imagine, due to it’s size you are unable to use standard AA batteries, so they include a special one. It’s similar to what we saw in our S4 review, and has the ability to last for quite a while. Good thing, because you don’t want to have to worry about purchasing another one to store. I found that from the point of the battery being fully charged, I was able to take near 150 full res images, alongside 2 minutes of high-quality video. Not too shabby for a camera of this size. 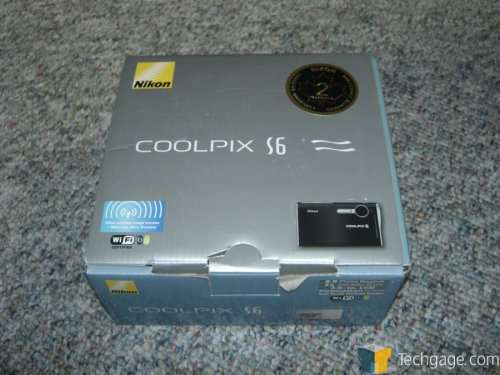 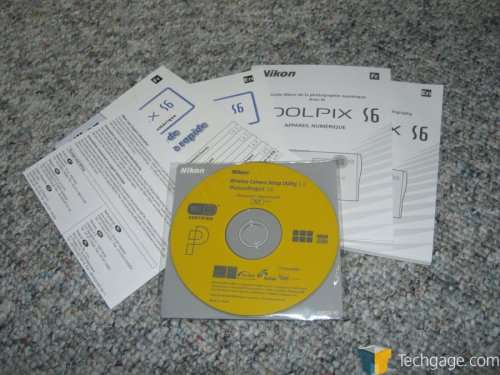 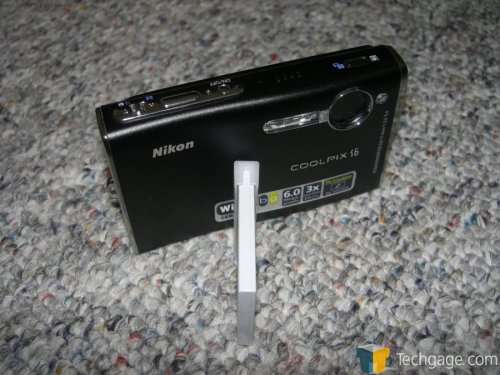 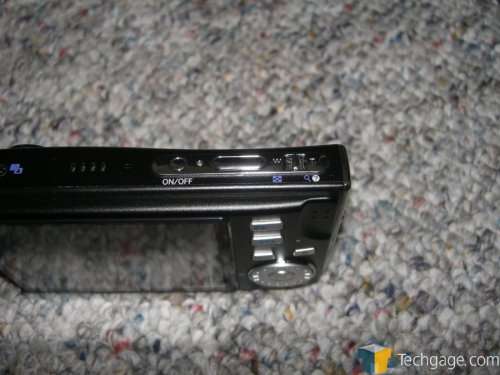 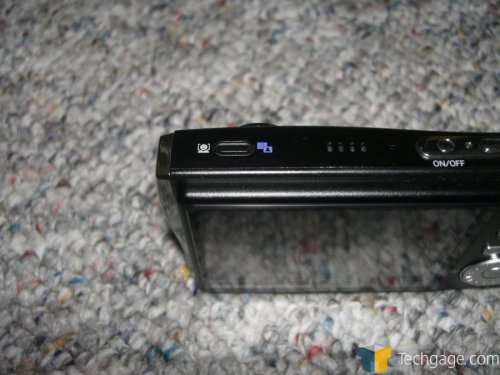 On the top of the camera you can see a few buttons you’d expect, such as the zoom, on/off and shutter button. I quickly found out that such a small camera is not for me. The button to snap your picture is so small, that it’s somewhat troublesome to use. I found myself having to push it with my fingernail more often than my finger. The zoom and on/off buttons were not too much of a problem though. If the picture button was protruding out of the top just a tad, it would be much easier to use.