Because the D60 has a lower price-point (compared to the mid-range and higher models) and also that it’s designed to cater to the novice, there is not too much going on in the back, except for what’s necessary. On the left side, there is a Play, Menu and + and – thumbnail control buttons. On the right, there is a D-Pad, OK button and also the trash can. Up top, there is an auto-exposure lock button and also the only dial the camera has to offer. 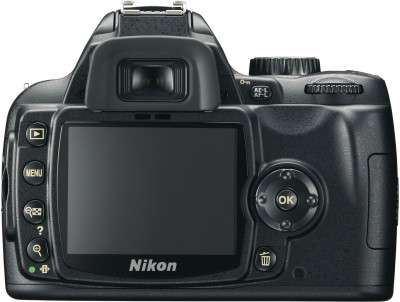 Taking a look at the top, we can see the eyelet for the camera strap, the hot shoe for the Speedlight, mode dial, aperture and D-Lighting buttons and also the shutter release button. 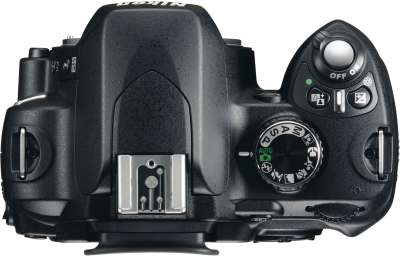 Overall there is nothing that strikes me as odd with the design, and if you’ve used Nikon SLR’s in the past, this layout should come naturally. Buttons are placed where they should be, and most are very accessible for when you need them. The camera as a whole doesn’t feel like a “budget” model by any means. It’s sturdy and feels good to hold. It’s a winning design, in my opinion.

Nikon’s higher-end SLR’s include a small LCD screen on top, right beside the shutter-release button, but because of the smaller stature of the D60 (and D40), it’s omitted in lieu of displaying information on the 2.5″ LCD. 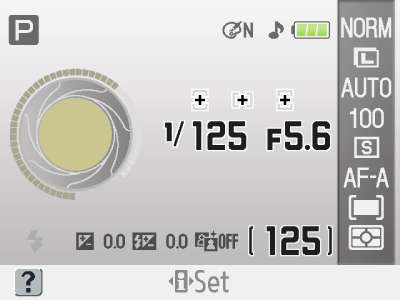 This is a feature I am two-faced on, because on one hand, I don’t like it at all. On the other though, it is intuitive for new photographers. For those who enjoy having full control over their settings, this method can feel clunky at first and in no way is as fast as using the standard top-mounted LCD.

I believe the screen will appeal to most people because it’s bright, intuitive and easy to understand. The aperture ring, for example, grows and shrinks as you change that setting, making it obvious to the user how much light will be let in. Then we have the shutter speed and aperture value shown in big fonts, in addition to how many shutter releases are required to fill the memory card up.

The biggest issue I have with this UI isn’t directly related to its design. It’s the fact that in order to change most of the settings listed on the right-hand side, you will need to go into the menu system, which can be slow. By comparison, the higher-end SLR’s have extra buttons and dials that make changing these values a simple task.

But again, it has to come back to who this camera is designed for. Even though professionals could make great use of the D60, it’s design is undoubtedly catered towards the newbie, and that’s fine. Most newbies won’t delve into the secondary settings right away, so Auto will take care of most everything. It is more of a hassle to adjust secondary settings, but many users might not mind. 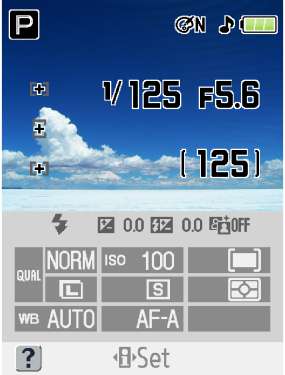 One very cool feature though, is the ability to rotate your camera and still be able to look at a properly proportioned OSD. The above screenshot is how it would appear to you if you had the camera on it’s side, and it adjusts very fast. I am not sure how useful this could prove to be overall, because most people would check the settings before making such a shot, but it’s interesting nonetheless. If the menu system itself also rotated, then I believe this feature would be far more useful.

My overall thoughts on the D60 as a whole are very good. Like the D40 before it, the D60 is designed to be simple and straight-forward, and for many people that will be fine. For those who are already used to higher-end SLRs, it can actually be a little bit of a learning curve. I’ve been using a D80 since that model first launched, and it’s definitely odd to move down to a D60 and expect certain buttons to be in certain locations.

Also as just mentioned, the lack of an LCD up top is a little frustrating at first as well. But in all fairness, Nikon is not the only company to fore go a top-mounted LCD on their lower-end models, and for the sake of retaining the small chassis, it was absolutely necessary to remove.

All that aside, regardless of whether you are a brand-new SLR user or a professional looking for a backup, the D60 is easy to use after spending a little time with it, like most any camera.