When Nintendo first released the DS in late 2004, it wasn’t supposed to be a “Gameboy” killer, even though it was a similar system. Instead, the Gameboy Advance continued on, alongside it’s new big brother. However, if there was a reason to get into portable gaming, the DS was it. What is Nintendo known for? Taking chances. They are one of the most innovative companies in the world, and they give us a new reason to love them each and every year. It began with the Game & Watch, then onto the R.O.B, and now the Wii.

The DS was an instant success, to say the least. If the dual screens were not enough, one of them doubling as a touch pad was. Like PDA’s, the DS included a pen. Unlike PDA’s though, there were some amazing games to take full advantage of it. One thing about the first revision DS, is that it was not appealing looking. In truth, it was plain ugly. Sure, it was functional. In the end, that’s all that really matters. However, in a time when people like their devices to be ‘sexy’, Nintendo wanted to do something to fix that.

Before we jump into lots of pictures, lets take a quick look at a technical comparison between the original and the Lite.

Nothing has changed except the size. Thankfully, the only thing that was not reduced was the size of the screen. In addition to what’s listed, the button layout has been changed slightly, and the D-Pad is made slightly smaller. Thanks to the size reduction, the Lite is 20% lighter than the previous model. The screen has also been made much brighter, which is one of the primary benefits over the original.

Let’s take a look through what’s new, and if you’ve never used a DS before, this is a perfect time to learn more about it. Being the portable that it is, the DS comes in a very small box, that tightly squeezes everything in. To match the DS itself, the box is completely white. Classy. 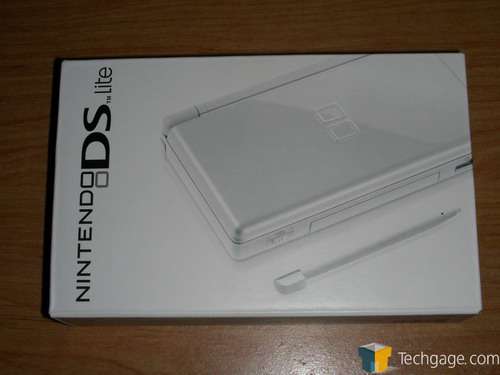 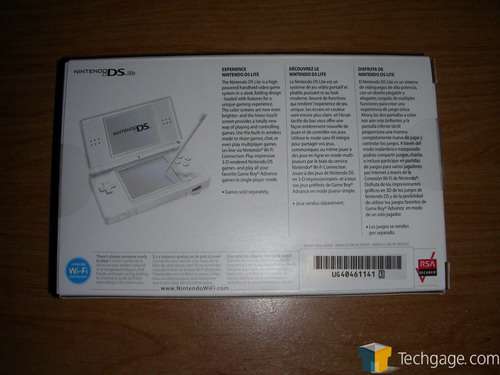 The first things to come out are the manual, power adapter, random pamplets and an extra stylus. 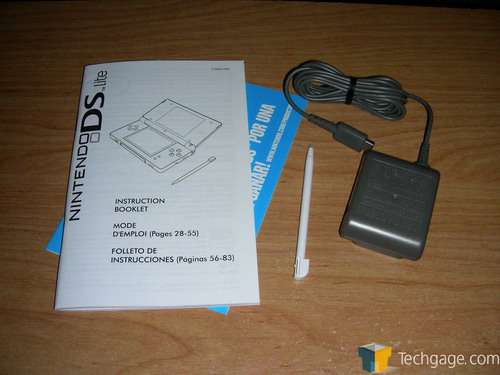 Here it is in all it’s glory: 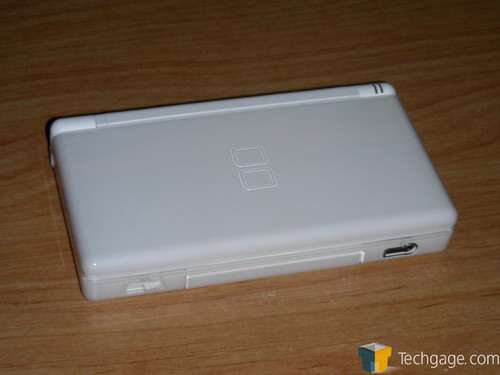 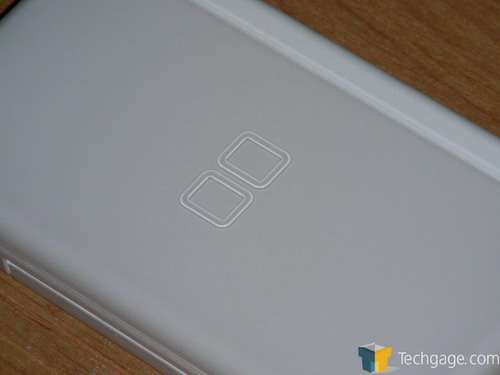