Geez, this has been a weird GPU launch season. This past spring, I couldn’t even figure out if any new cards would be released before the fall, but we ended up getting some before the summer. That came courtesy of NVIDIA’s first Pascal cards, the GeForce GTX 1080 and GTX 1070. Not long after, AMD unleashed its Radeon RX 480.

So what makes all of this weird? Well, to start, AMD didn’t have a GPU to directly respond to either of NVIDIA’s top-end cards, which is a little unusual. Instead, the company decided to cater to the “mainstream” audiences, which it deserves kudos for. As we find out today, though, while AMD didn’t have a response to the GTX 1070 and higher, NVIDIA sure had a response to AMD’s RX 480.

That response is the GeForce GTX 1060. If you’re at all surprised by this, then you might have been taking a break from the Internet, because even NVIDIA itself has been hyping this card up. That leads me to another weird point: a couple of weeks ago, NVIDIA itself posted the GTX 1060’s full specs on its GeForce.com website. When does that ever happen before a new launch? 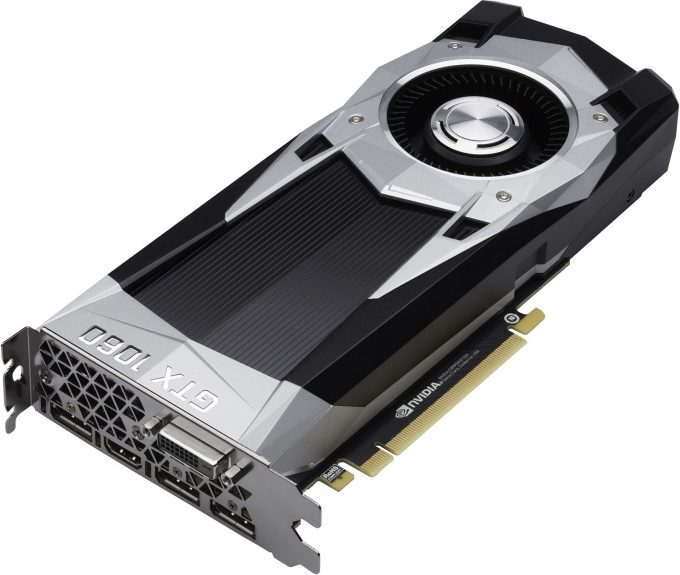 What we’re witnessing is the sheer power of NVIDIA. There’s no doubt that the company had the GTX 1060 in its planning stages for a while, but had AMD held off another few months on its RX 480 launch, I am doubtful we’d be seeing this card right now. Regardless of that, though, what we’re seeing with the GTX 1060 is NVIDIA giving us a reason to consider getting one over the RX 480, as it has what it takes to do that. NVIDIA is very good at playing rough.

Before I go further, I’ll admit that this review isn’t going to be as detailed as I’d like, which is a problem I ran into with my look at the RX 480 as well. Time has been limited lately due to other site projects as well as travel. If I don’t cover something you want to know, please leave a comment below.

The GTX 1060 has half the cores of the top-end GTX 1080 and the same memory speed of the GTX 1070. The $239 Radeon RX 480, with its 8GB framebuffer, beats out NVIDIA’s GTX 1060 by 2GB. However, I’d wager that for most gamers, 6GB isn’t going to prove a bottleneck anytime soon, thanks especially to the fact that the card is not capable of being paired up with another in SLI.

In case you sped right on past that: the GTX 1060 does not support SLI, as the above image can attest. This is a bit of an unusual move, as every card of its class in recent generations from NVIDIA has had SLI support.

NVIDIA’s reasoning is likely that SLI configurations are simply not as common as they used to be, and when people do use SLI, it typically involves the higher-end GPUs. Even still, it’s unfortunate to see SLI go away on this class of cards, because at least the option was there!

In the slide above, we can get a preview of vendor cards to come. ASUS is of course going to have a Strix model available, MSI its Gaming X, and GIGABYTE, its Gaming G1. Oh – and then there’s ZOTAC’s two offerings; one of which is perfectly suited for ITX chassis (it’s the final card in the carousel above).

All of the launch cards we’ve seen so far have included the same assortment of video ports as the Founders Edition model (which is $299, for the record): 3x DisplayPort, 1x HDMI, and 1x DVI. NVIDIA expects that vendor GTX 1060s will start out at $249 – $10 greater than AMD’s RX 480 8GB.

When we need to build a test PC for performance testing, “no bottleneck” is the name of the game. While we admit that few of our readers are going to be equipped with an Intel 8-core processor clocked to 4GHz, we opt for such a build to make sure our GPU testing is as apples-to-apples as possible, with as little variation as possible. Ultimately, the only thing that matters here is the performance of the GPUs, so the more we can rule out a bottleneck, the better.

Framerate information for all tests – with the exception of certain time demos and DirectX 12 tests – are recorded with the help of Fraps. For tests where Fraps use is not ideal, I use the game’s built-in test (the only option for DX12 titles right now). In the past, I’ve tweaked the Windows OS as much as possible to rule out test variations, but over time, such optimizations have proven fruitless. As a result, the Windows 10 installation I use is about as stock as possible, with minor modifications to suit personal preferences.

In all, I use 8 different games for regular game testing, and 3 for DirectX 12 testing. That’s in addition to the use of three synthetic benchmarks. Because some games are sponsored, the list below helps oust potential bias in our testing.

PLEASE NOTE – Due to a lack of time, I was unable to retest AMD’s RX 480 using its most up-to-date drivers (outside of the DirectX 12 tests). As covered before, the post-launch drivers can improve performance by up to 3%, so bearing that in mind, let’s get to the results.