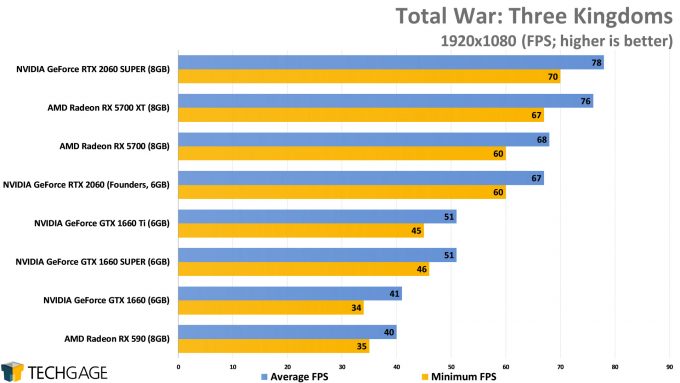 We’ve come to an interesting result: one where the Ti and SUPER 1660s perform the exact same. We retested both, and came up with the same results. So… you can’t buy a SUPER and expect it to benefit you in this game too much, despite it being fairly graphically intensive. 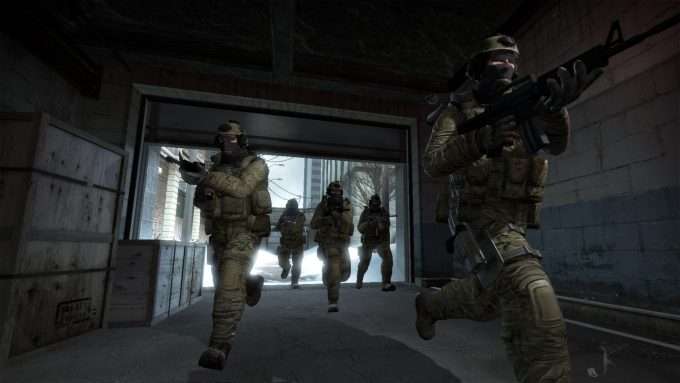 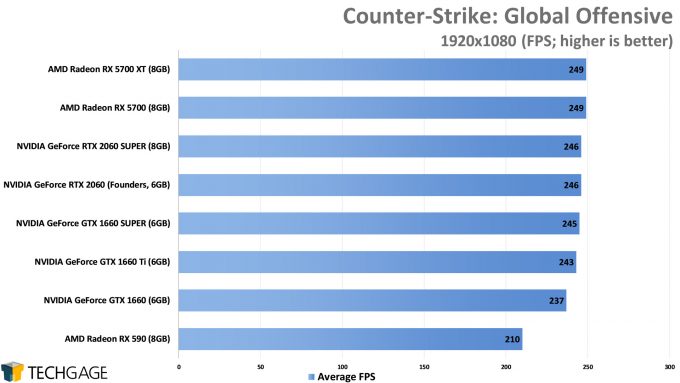 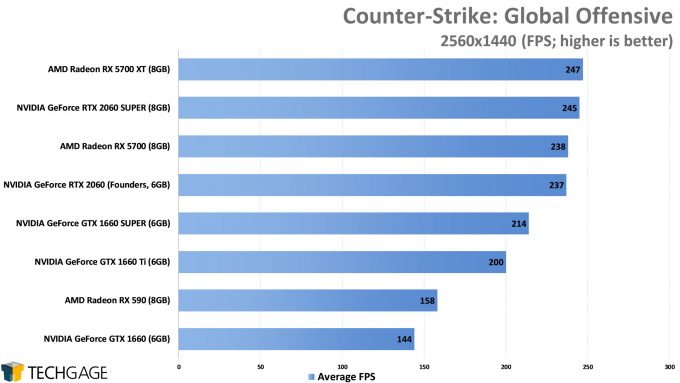 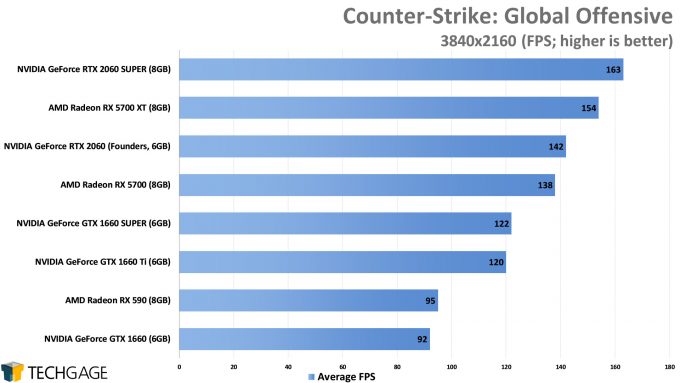 At 1080p, our CPU (9900KS) becomes a bottleneck really quickly, despite its 5GHz speed. AMD manages to eke a few extra frames over NVIDIA, while the SUPER steps over the Ti. We then see the same thing happen at 1440p, and surprisingly, even 4K. It’s beginning to look like this extra memory bandwidth will act as a bit a boon to esports gamers, but before we jump to conclusions, here’s another take: 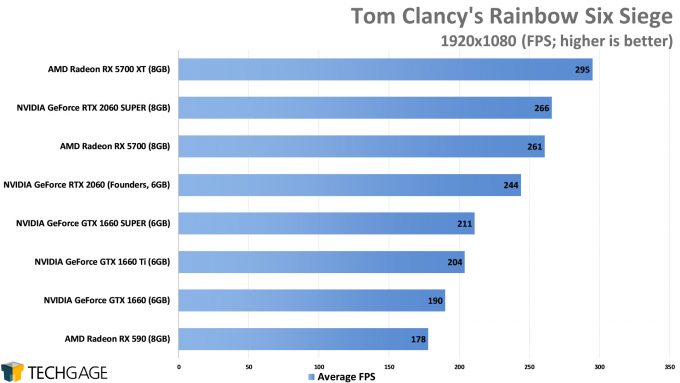 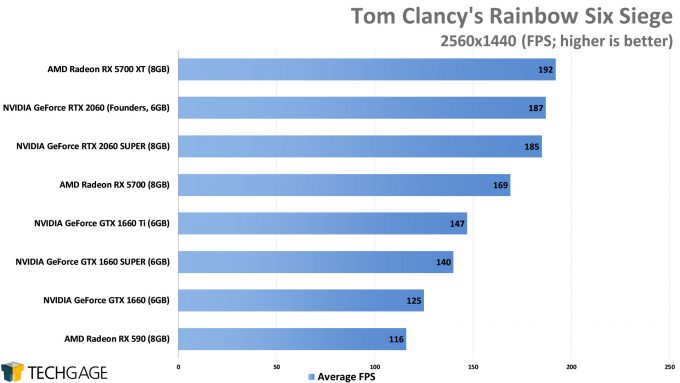 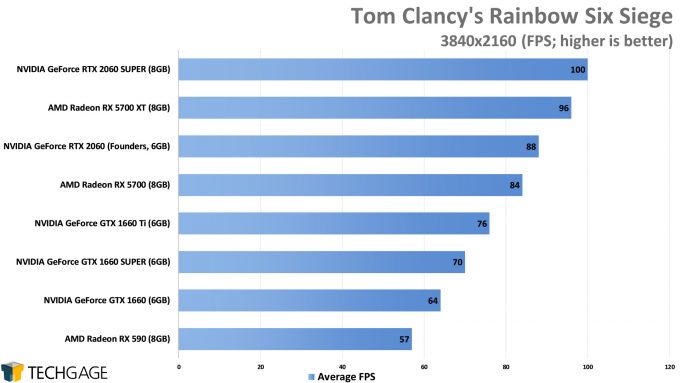 With CS: GO, the 1660 SUPER placed ahead of the technically quicker 1660 Ti, offering clear proof that the faster memory is being put to good use. In Siege, the SUPER doesn’t fare quite as well, but still does manage to surpass the Ti at 1080p. At the other resolutions, the SUPER still places a comfortable distance ahead of the original 1660.