To gauge power draw and heat, we keep the PC sitting on a desk, next to the monitor, with the door of the chassis on. A Kill-a-Watt is used to monitor power draw direct from the tower, so the results below reflect overall system power, not wattage for the GPU, specifically. The room temperature is kept as close to 23°C as possible for this testing.

For gathering temperature data, we use GPU-Z’s logging feature, as well as a 10x loop of 3DMark’s Time Spy Extreme test to push the GPU hard. We stay away from “power virus” applications that won’t generate a realistic stress. For power monitoring, a separate boot is used to establish an idle and a rough max load, based on watching the Kill-a-Watt through a Far Cry 5 timedemo run. 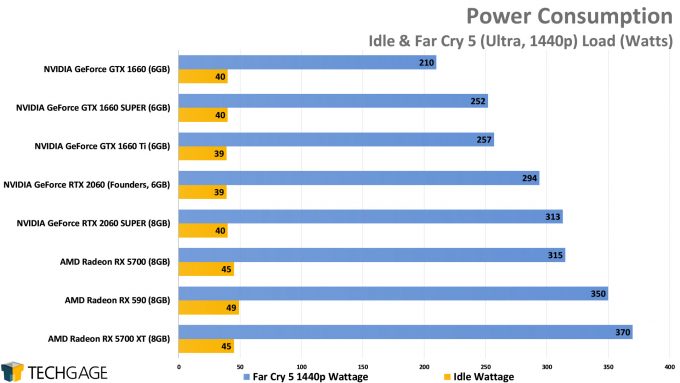 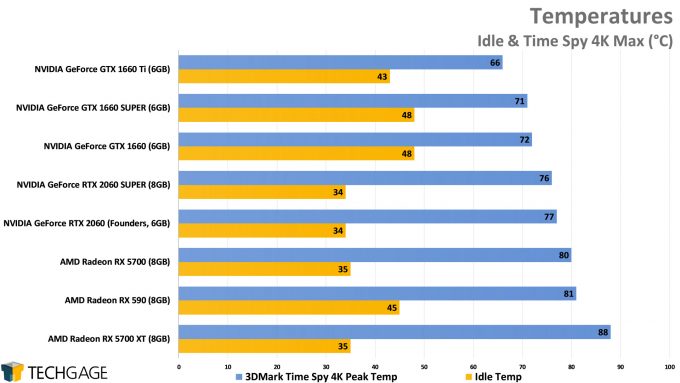 Compared to the original GTX 1660, the 1660 SUPER draws a lot more power at full load – about 40W. At the same time, it matches itself with the Ti’s power consumption, though that card will come out the victor most often. As for temperatures, the 1660 SUPER ran 5°C warmer at both idle and load, versus the original 1660 (with identical PCB/cooler).

The GeForce GTX 1660 SUPER is an interesting card, but also a slightly confusing one, since it doesn’t tack on more cores – just more memory bandwidth. As we saw throughout all of our testing, the 1660 SUPER consistently kept ahead of the original GTX 1660, sometimes to a great margin, of around 10~14%. That’s gained at the expense of a price tag that’s about 5% higher. 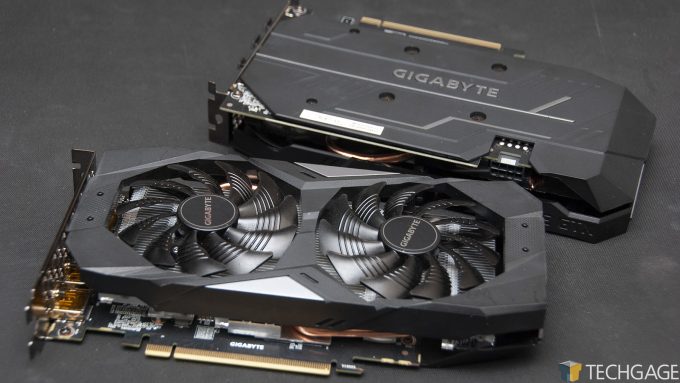 Against the original 1660, the SUPER variant seems to us to be a no-brainer upgrade. The memory sees a massive boost to its bandwidth, and in every single case we’ve seen, it delivers a boost beyond its 5% price premium. The smallest gain we saw was with Metro Exodus, but that’s still 10%, and could have been more impressive if we were not using Ultra detail settings.

In many cases, the SUPER proved to be about 13~14% faster on average. Of course, as the power and temperature tests above highlight, the faster card also sips power quicker, and runs a bit hotter (not that it matters much in this case, since it’s still well within safe limits.)

At this point, it’d be hard to recommend the 1660 Ti, as its performance gain isn’t as impressive with its price premium as the 1660 SUPER’s gain is with its own. The card still definitely has some merit, but if you are to go that route over the 1660 SUPER, you may want to ask yourself if an extra splurging is in order, to opt for the faster and RTX-enabled 2060 instead.