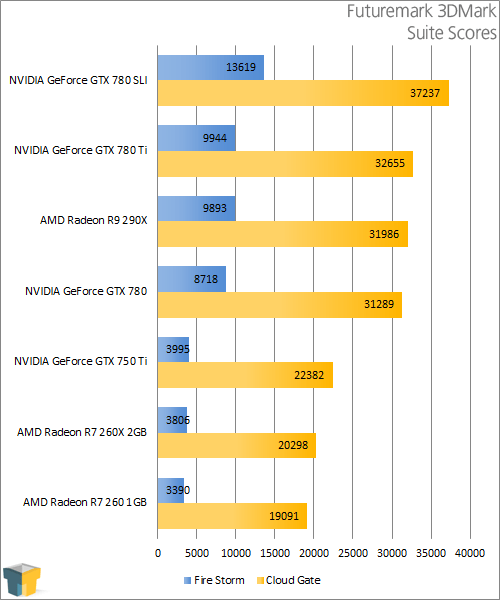 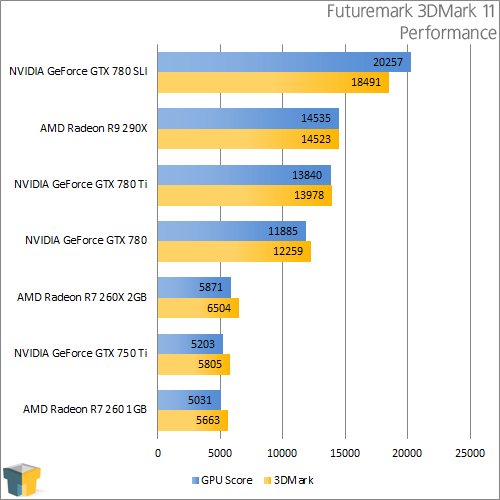 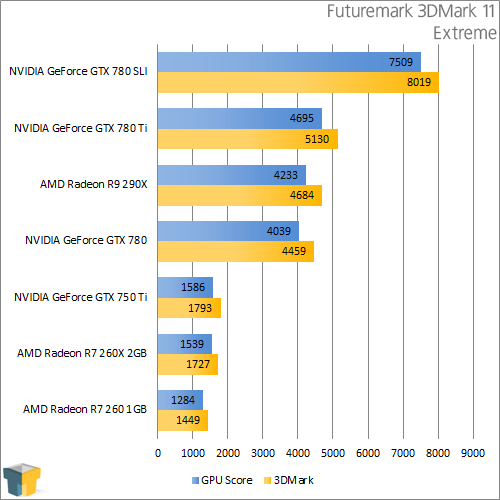 I’d love it if benchmarking oddities ceased to exist, but this is the real-world, and that’s just not the case. NVIDIA’s 750 Ti bests AMD’s R7 260X in 3DMark (2013), and the roles are reversed in 3DMark 11’s Performance test, but not in its Extreme test. That almost suggests that AMD’s card is better at sub-1080p resolutions, whereas NVIDIA’s is best for 1080p. 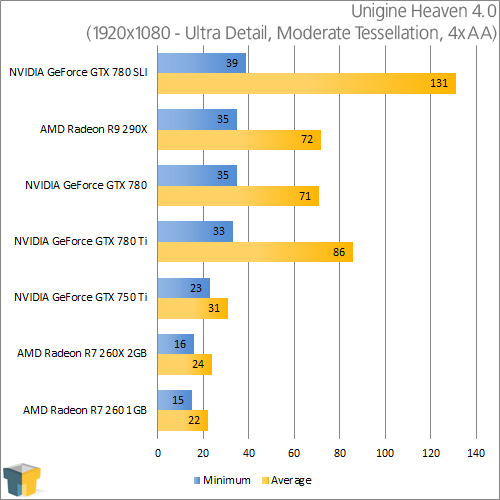