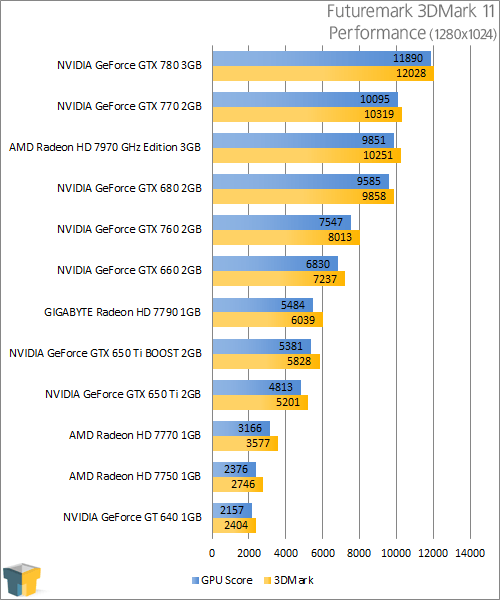 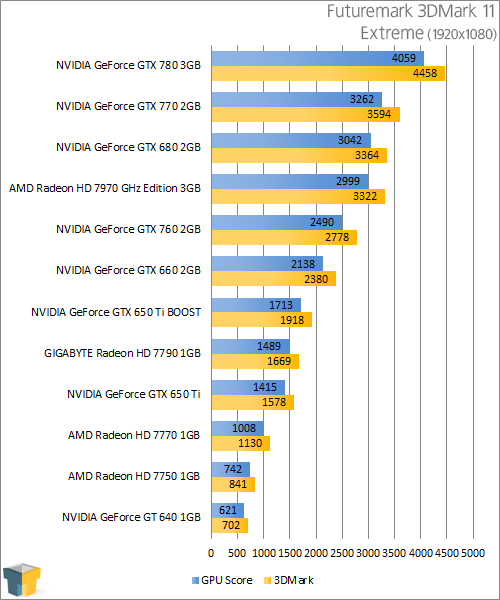 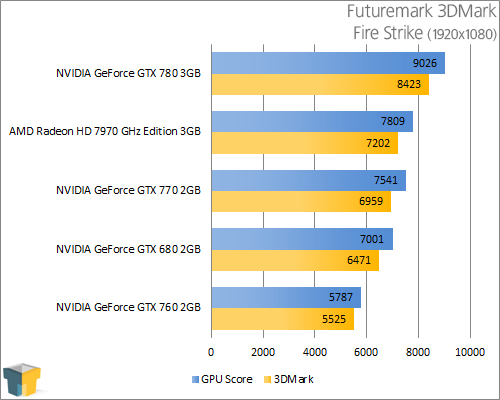 Given the performance we saw through the entire article, I’m a little surprised that the GTX 760 didn’t reach a 3DMark score of 6,000 in Fire Strike, but overall it’s still a great result when price scaling is looked at. 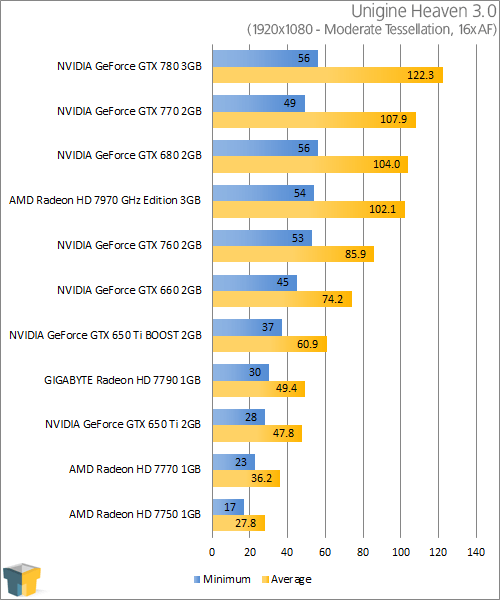 Wrapping up our performance-testing, NVIDIA’s GTX 760 performs well in relation to the higher-end cards, especially compared to the GTX 770 which costs $150 more.