Seven months ago, NVIDIA released a graphics card that captivated me. It was called the GeForce GTX 750 Ti, and it cost a mere $150. Admittedly, it looked like a card that cost even less, and it didn’t even have a power connector. So at first, I wasn’t sure what to expect, but after diving into testing, I quickly realized that the modest 750 Ti had some serious brawn.

Under the hood of that 750 Ti? A chip packed with NVIDIA’s latest architecture, Maxwell. After seeing that the lowly 750 Ti could handle all of today’s games at 1080p and with decent framerates, I couldn’t help but wonder what Maxwell could do for the higher-end part of NVIDIA’s product stack. I didn’t realize it’d take more than half a year to find out, but nonetheless, the wait is over. 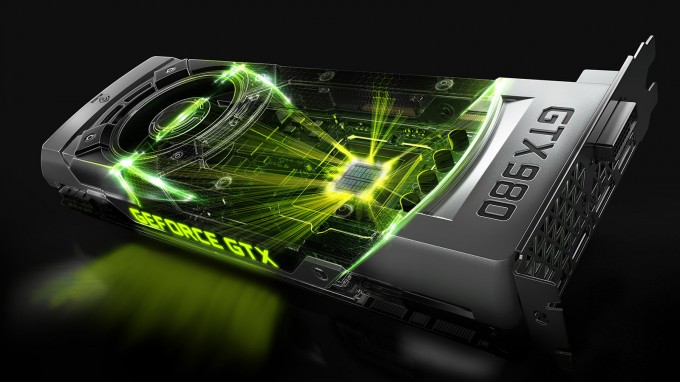 Anyone familiar with NVIDIA’s last-gen high-end cards will immediately recognize the cooler used here. Without a doubt, I consider this cooler to be the best graphics card cooler ever built, so I’m glad to see that NVIDIA didn’t decide to forego it this round. While it’s sometimes nice to see a fresh design each and every year, it simply wasn’t needed here, and because of that decision, any NVIDIA fan who skipped over the 700 series generation now has a second chance at owning a card featuring this hardcore looking cooler.

But while on the surface, the 900 series coolers look like those from last-gen, there are a couple of improvements, both under-the-hood and on it. For starters, both the 980 and 970 have a backplate for improved cooling, and on this backplate is a removable section that aides further with the goal of improved airflow for those who have window-mounted fans.

The photo below shows us a new triangular design that graces the barren area of the panel, but that’s not what’s important here. What is, is the fact that NVIDIA’s culled one of the DVI ports on its reference card in order to make more room for two more DisplayPort connectors. That gives the 980 a total of 3x DisplayPort connectors, 1x HDMI, and 1x DVI. 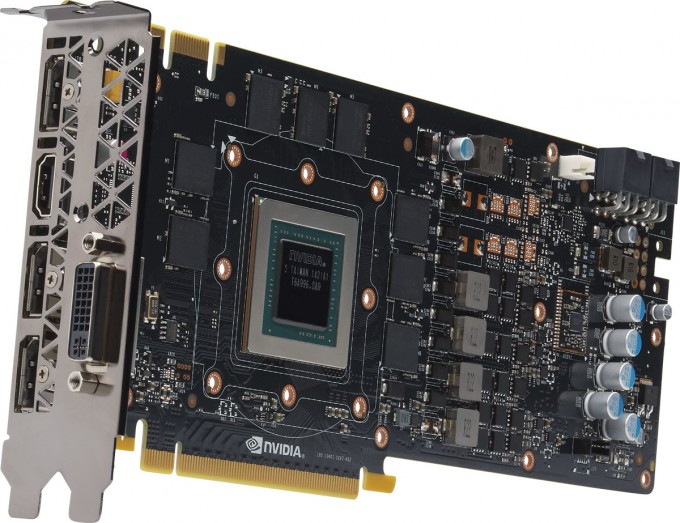 For those planning to go the multi-monitor route with displays that all use DisplayPort, this is fine, but clearly, that’s a small percentage of people. Because of this, I’d wager that most vendors will opt for a different collection of connectors. For those that do go with the 3x DP configuration though, it seems likely that there would be a DisplayPort-to-DVI adapter included in the box.

It should come as a surprise to no one that Maxwell delivers a higher performance-per-watt over Kepler, but because of that, the table below isn’t quite as useful this time around as it normally is. Based on core counts alone, it looks like the TITAN Black would blow the GTX 980 out of the water, but that’s not the case. Instead, the only “on paper” spec worth noting here is that both the 980 and 970 (finally) include a 4GB framebuffer. Don’t let that 256-bit interface fool you. I’ll cover on the next page why despite its tighter bus, Maxwell is more memory-efficient than Kepler.

Here’s the table that really matters:

With its peak performance of 5 TFLOPs and its power rating of 165W, the GTX 980 delivers 30 GFLOPs-per-watt. That might not seem like a big deal without some context, but that’s 50% more performance-per-watt over the GTX 780 Ti, and 100% more than the GTX 680. That’s quite an impressive gain in just two-and-a-half years.

Even a table like this doesn’t tell the whole performance story, though. Take for example the fact that the 780 Ti and 980 offer roughly the same amount of performance. What we’ll actually see in our testing is that the 980 is about 10% faster than the 780 Ti in most cases. Some gain comes as a direct result of the Maxwell architecture, but the higher clocks of the 980 don’t hurt either.

Due to time and having felt under-the-weather all week, I was unable to fully benchmark the GTX 970 in time for launch, but I wanted to give a tease of what model we’ll soon be talking about. It’s from ASUS, and it’s called the “STRIX” edition. The name might be a little strange (at least, it is to me), but this is one card I can’t wait to dig into: 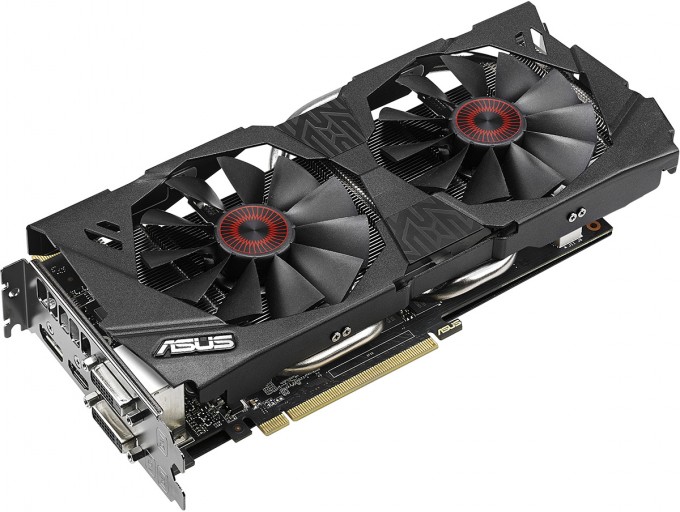 Every single graphics card vendor on earth touts their cards as being “quiet”, but with STRIX, ASUS might actually be able to live up to that promise. On the box is mention of “0dB silent gaming”, and while Maxwell’s power efficiency no doubt deserves some of the credit for making that possible, the interesting looking fans no doubt play a role as well, as well as ASUS’ own blend of power optimizations.

You’re probably all desperate to see what the GTX 980 brings to the table in terms of performance, but first, we’ll take a look at Maxwell’s most important features. If you just want to see performance, hop on over to page four.