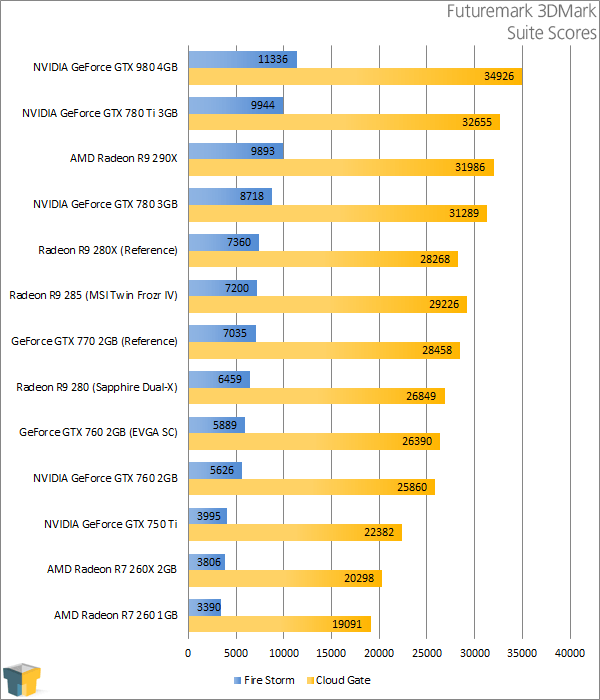 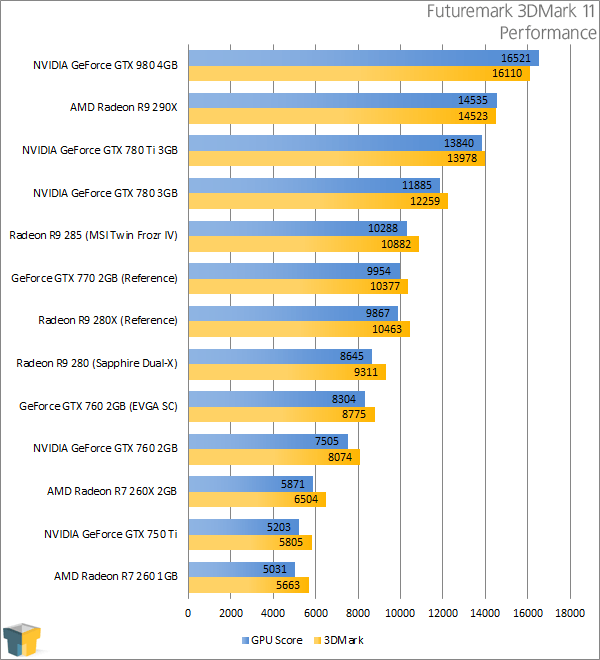 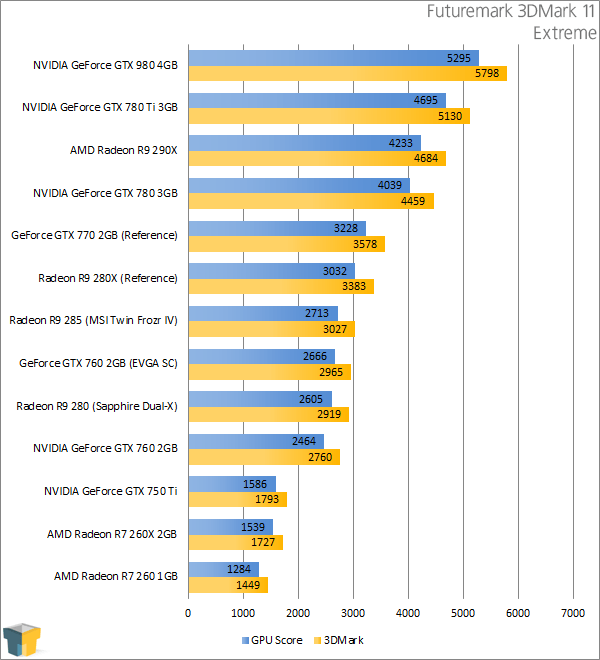 Both 3DMark suites agree that the GTX 980 is about 13% faster than the 780 Ti, and that seems fairly accurate given the real-world results we just pored over. While we haven’t tested with the TITAN Black, the GTX 980 pretty-well aligns with it. That’s not bad considering the fact that the 980 will retail for $549 – $450 less than the TITAN Black. 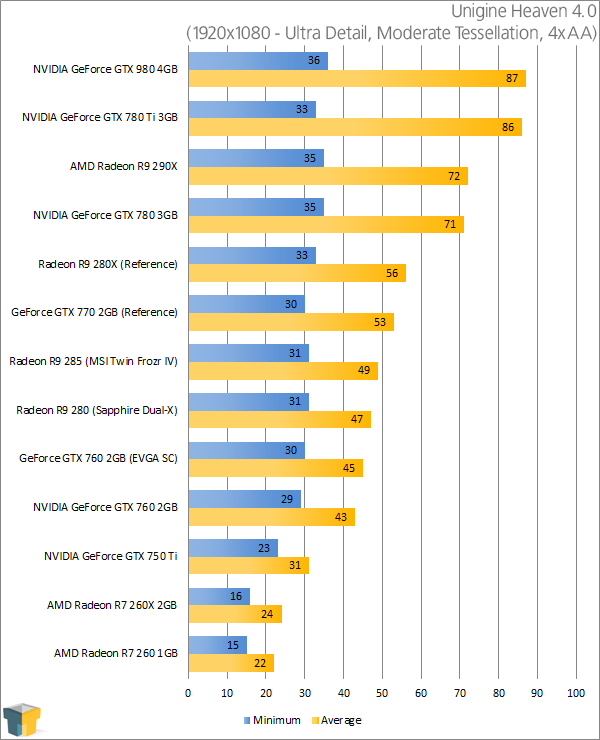 3DMark told us that the 980 performs 13% better than the 780 Ti, but Heaven, with its heavy use of tessellation (even at moderate), keeps the cards level.