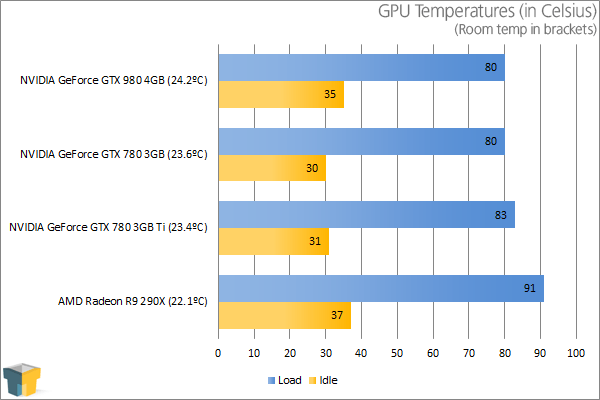 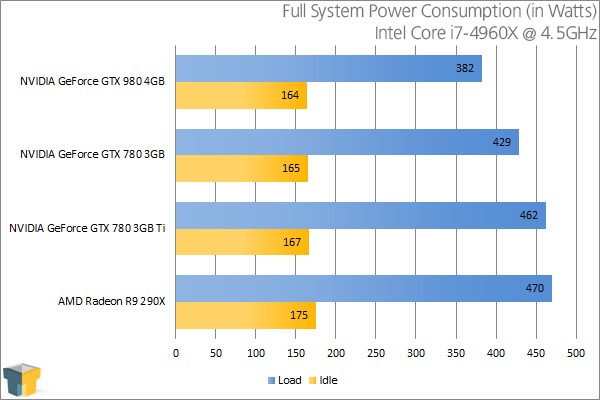 When any GPU vendor releases a brand-new series that’s more powerful, more power-efficient, and has more features, that alone shouldn’t be enough to “wow” us – that’s progression, and we’ve seen similar examples of it time and time again. But Maxwell is a bit different. I find myself being more impressed than usual, and I have a handful of reasons to quantify it.

Let’s start at the top: The GTX 980 is the fastest graphics card (not counting the duals) that NVIDIA’s ever produced. It’s even faster than the $999 TITAN Black, but costs $450 less. Of course, TITAN Black still has an even larger framebuffer, and also high double precision performance, but for the normal gaming enthusiast, neither of those perks will matter. 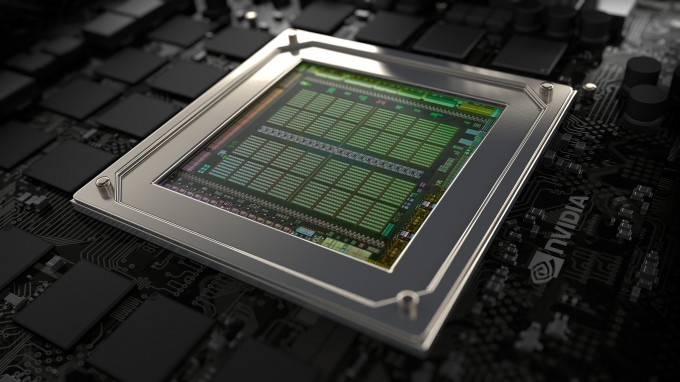 Until a couple of generations ago, I didn’t even realize that I cared about power efficiency. When things really struck me was with the launch of the GTX 750 Ti. At the time, and even today, I am surprised at the amount of performance that a modest card without a power connector can muster. So when I look at the 980 and see a card that’s faster than the previous flagship, yet requires 80W less power, I’m seriously impressed.

On top of all that, Maxwell brings a number of cool enhancements, including multi-frame sampled AA, memory compression, dynamic super resolution (one feature I’m looking forward to using in particular), as well as the seriously robust lighting system VXGI.

With the GTX 980 featuring some 2,000 cores and a 165W TDP, it goes without saying that we’re going to see some truly high-end cards coming from NVIDIA before the 900 generation is through.