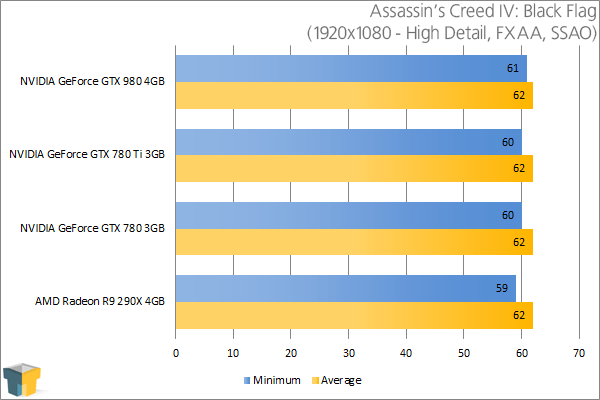 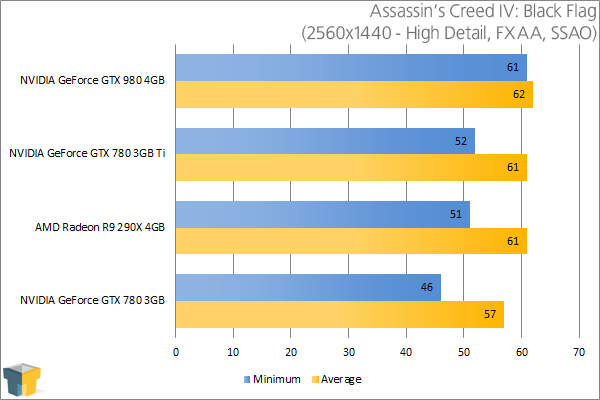 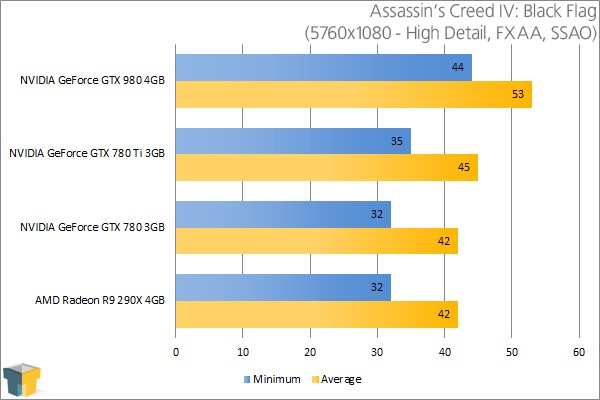 In late 2007, with the advent of higher resolutions and more powerful GPUs, I retired the 1280×1024 resolution from our test suite. Fast-forward some five years later, and I had to do the same thing with 1680×1050. Looking at the 1080p results above, it’s becoming increasingly clear that it will soon be time to retire that resolution as well – at least when it comes to high-end cards. In fact, while I was producing the graphs for this review, I debated whether I’d include 1080p results at all. In the end, I decided to, simply to highlight the fact that today’s high-end GPUs are truly overkill for that resolution.

Even at 1440p, the top three cards can guarantee 60 FPS on average, and that’s with the game running with maxed-out detail levels (not counting the special high-end shadow and anti-aliasing options). In our multi-monitor resolution, which involves 6.2 million pixels (4K is 8.3 million, by comparison), the cards are put to better work. With all high-end settings left in tact, the 980 is still able to help us keep ahead of the 50 FPS mark. An overclocked card would no doubt bring us very close to 60 FPS. 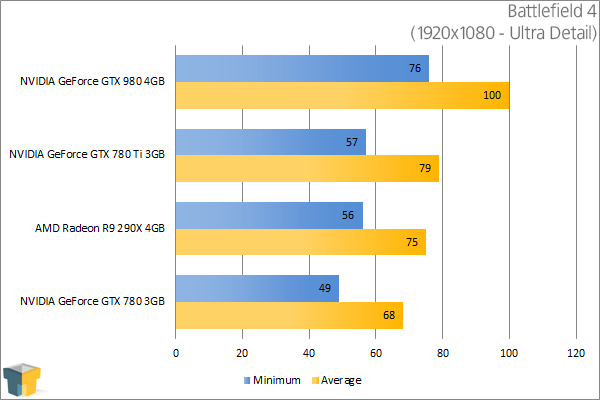 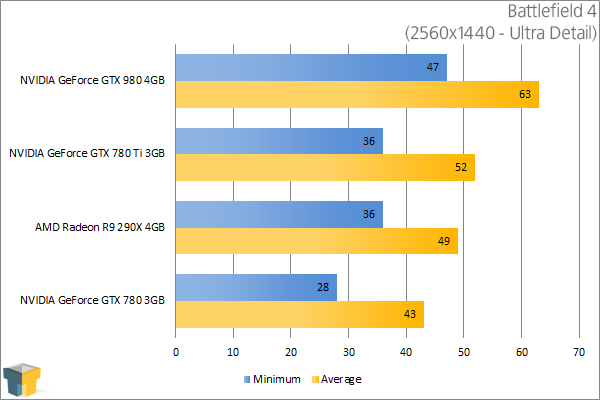 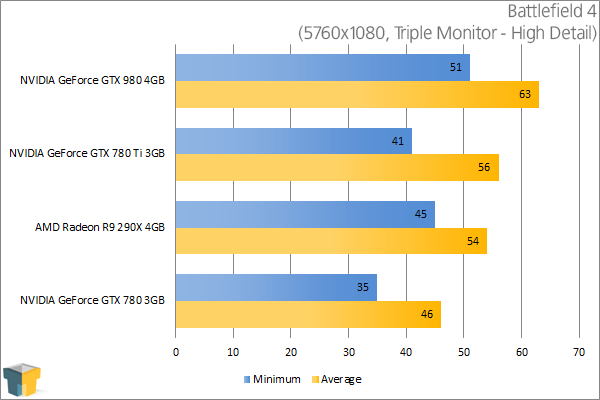 None of the four cards featured here has an issue with 1080p, though the fact that the 980 managed to gain 20 FPS over the 780 Ti on the minimum front is quite something. Moving upwards, the men began to be separated from the boys, with the 980 remaining the only card to keep ahead of the 60 FPS mark. Interestingly, the multi-monitor resolution doesn’t sway much from the 1440p results at all – the 980 still delivers 63 FPS.