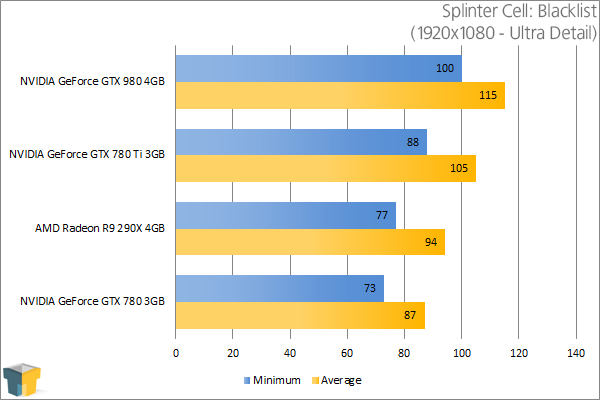 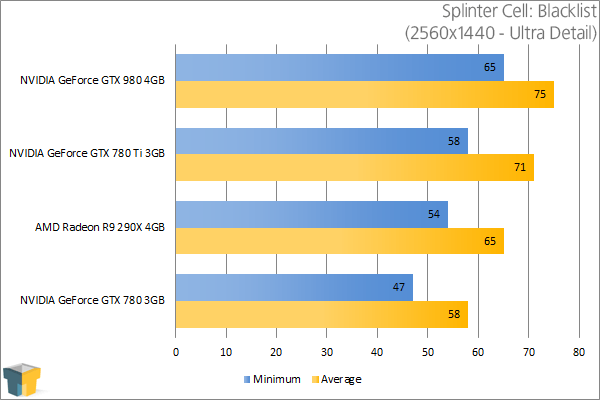 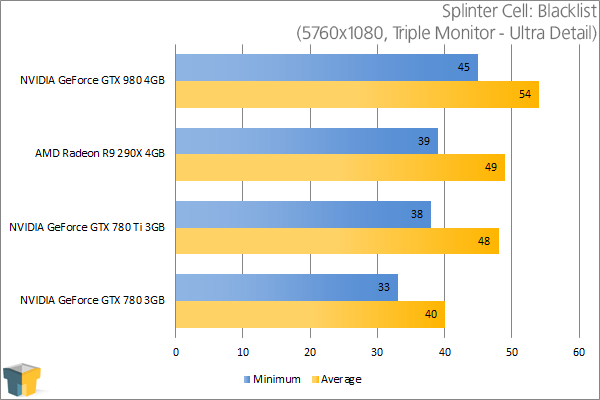 The further we peer into these results, the clearer it becomes to me that we’re going to be due for another GPU suite overhaul soon. Most PC gamers out there run 1080p, but as we’ve seen up to this point, none of these cards struggle with 1440p, which has 77% more pixels. Clearly, we’d be seeing far greater deltas at 4K. I still believe the hype surrounding 4K is severely overblown, but it seems inevitable that I’ll be adding it to our suite at some point soon. 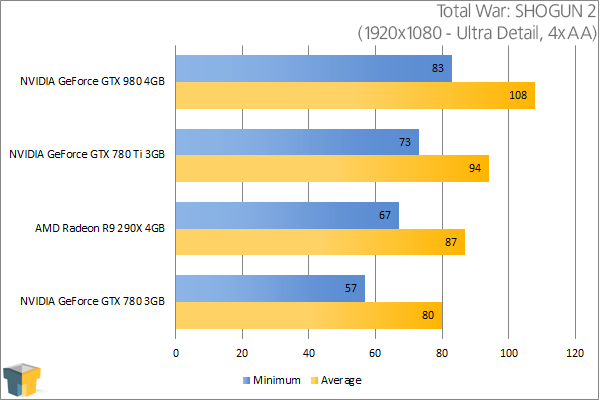 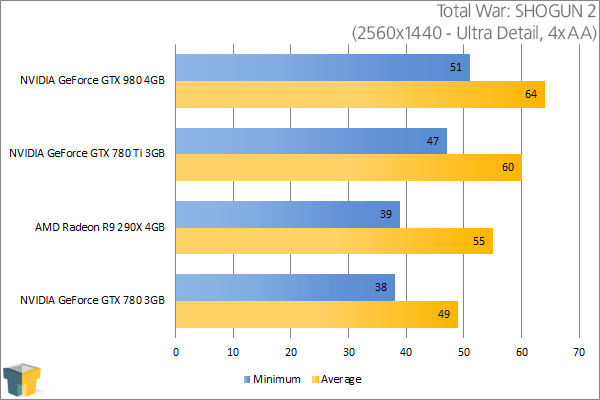 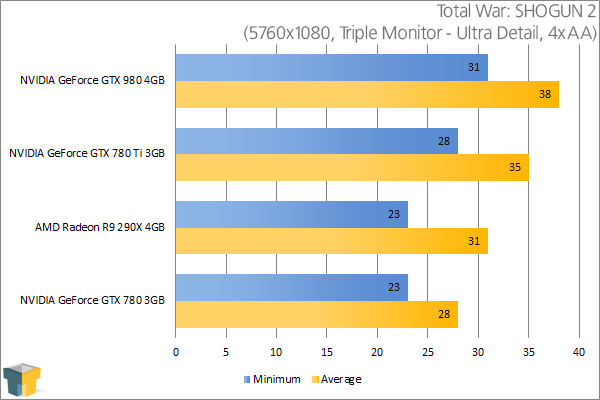 SHOGUN 2 is the only game in our suite which shows that a single 980 isn’t even enough to deliver silky-smooth gameplay at 5760×1080. Granted, that’s with anti-aliasing and every other setting maxed, so it wouldn’t be hard to reach 60 FPS if it were that important (and I’d argue that it is).