NVIDIA has just launched its 8th Ampere-based gaming GPU, coming to us in the form of the $249 GeForce RTX 3050. At its price point, the RTX 3050 is the least-expensive GeForce to include RTX features, like DLSS and RT cores. Let’s see how the latest X050 GeForce card fares across 11 game titles and many synthetic tests. 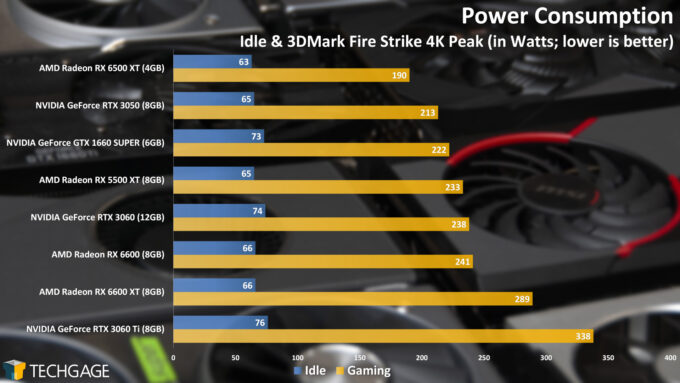 These power results highlight something we weren’t entirely expecting: despite having added hardware in the way of RT and Tensor cores, the RTX 3050 uses less power overall, versus the tested GTX 1660 SUPER. The only card that beats the RTX 3050 in this particular lineup is the RX 6500 XT, which was handily beat out across all tests (thanks largely to the 4GB frame buffer of the RX 6500 XT).

For its $249 price tag, NVIDIA’s GeForce RTX 3050 packs a nice punch, especially if you compare it to other current-gen GPUs of around the same price-point. Overall, we found in our testing that the RTX 3050 beat the GTX 1660 SUPER overall, but not by a huge margin. However, because RTX 3050 includes features like DLSS, it means that improved performance can be had in select games. Death Stranding was one of those, where we were able to achieve almost the same 1080p performance at 1440p, simply because DLSS Quality was enabled. To us, we couldn’t immediately tell the quality difference.

Because the RTX 3050 is built around NVIDIA’s Ampere architecture, we couldn’t help but think about the creator aspects of the card. Versus a card like the 1660 SUPER, the RTX 3050 offers more memory, plus niceties such as RT and Tensor cores. We ran a quick test in Blender, rendering the Classroom scene, and overall, the RTX 3050 wasn’t that much faster when using the CUDA API. But when enabling the OptiX API for even faster rendering? That cut the render time almost in half. 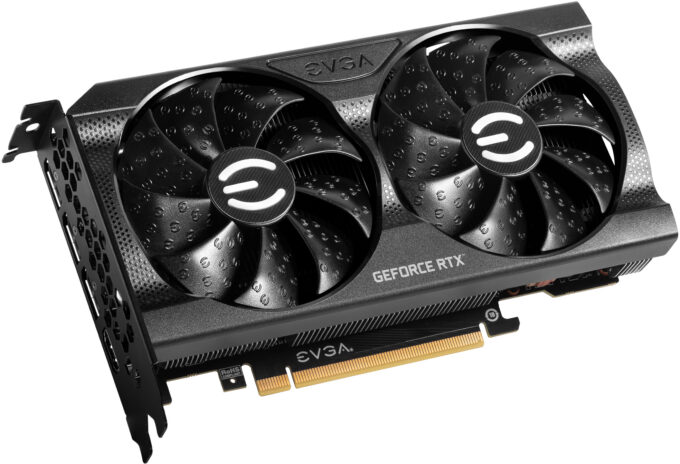 If we’re to compare the RTX 3050 to the newly-released RX 6500 XT from AMD, the green team has definitely won this round. With an 8GB frame buffer, the company performs far better in modern games when higher-end detail levels are used. In some cases, we’ve seen the RTX 3050 deliver literally twice the performance of the RX 6500 XT, simply because that 4GB frame buffer and x4 PCIe lane is genuinely a roadblock.

If we look at the RTX 3050 vs. a card like the RX 6600, the overall impression changes a little bit. The RX 6600 costs $70 more, but in many tests, its performance uplift is pretty obvious, and could be arguably justified. But, at $249, for a current-gen GPU, it’s hard to beat the RTX 3050, which has the large frame buffer, and not to mention support for features such as DLSS, which can usually provide a notable boost for minimal quality loss.

Overall, we’re pretty impressed with what NVIDIA has offered here for this respective price point. The RTX 3050 costs just $249, and has the complete set of RTX features – something we’ve been waiting for, for a while. Of course, the current GPU market being what it is, the GPUs are likely to sell for more at launch, but we’re hoping we’re one step closer to more sane pricing across the board. If you can find the RTX 3050 near its SRP, you really will find yourself with a competent GPU for all of your 1080p gaming needs.