With the launch of AMD’s RDNA2 graphics cards a couple of weeks ago, the DXR landscape suddenly became a lot more interesting. In our testing, we found that AMD’s cards performed admirably in most DXR titles, which struck us as impressive – and perhaps NVIDIA, too. Luckily for NVIDIA, though, the company has a little trick called “DLSS” (deep-learning super-sampling) that will help tilt the scale again.

We’re tackling the same four DXR titles in this article as we did with our RX 6800 series launch article, but have expanded each to include DLSS testing, so we’re given a fuller picture of what’s possible. With Cyberpunk 2077 set to launch soon, we’re sure it will join our test suite as another DXR title. If you have any other suggestions, please throw them at us. 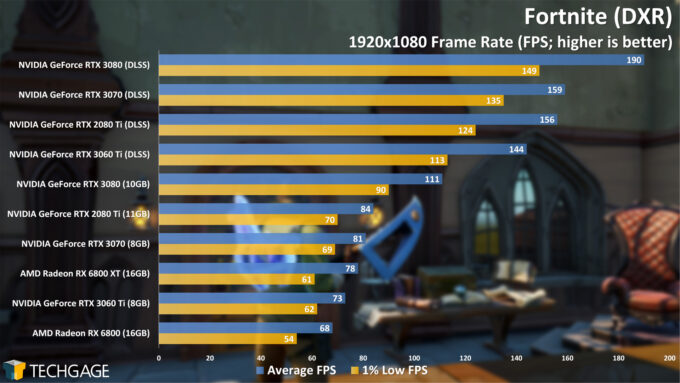 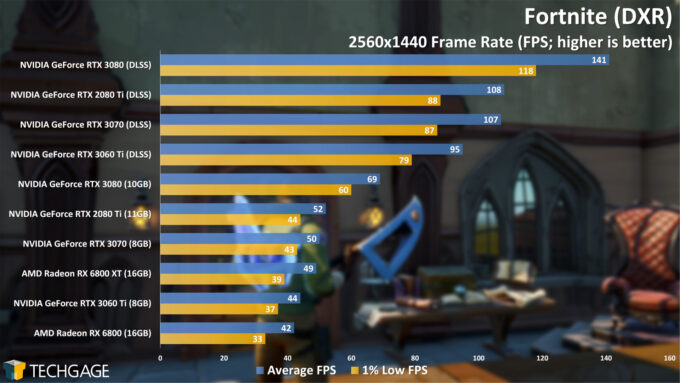 Fortnite is one of those DXR titles that actually surprised us to see run on AMD’s new cards so well, considering the marketing revolved heavily around RTX. At the end of the day, that proved that DXR is more open than many originally thought, and it’s up to both AMD and NVIDIA to make the most of their architectures if they want to accelerate it.

In Fortnite, NVIDIA has strengths from the get-go, with the new RTX 3060 Ti managing to beat out AMD’s more expensive RX 6800. That’s all before DLSS is added in, which can dramatically boost the frame rate beyond the base – resulting in a literal doubling of FPS for the RTX 3060 Ti (note: the DLSS ‘Balanced’ setting was used). 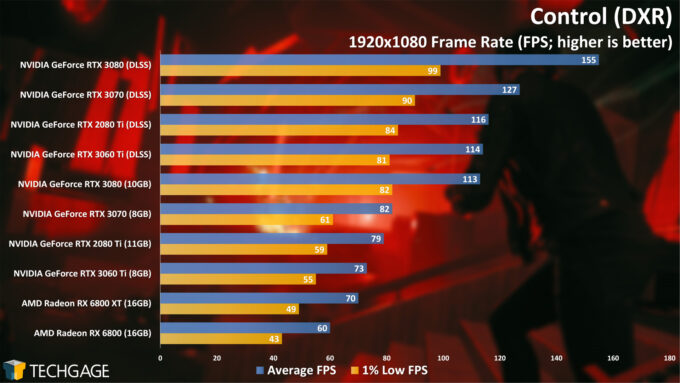 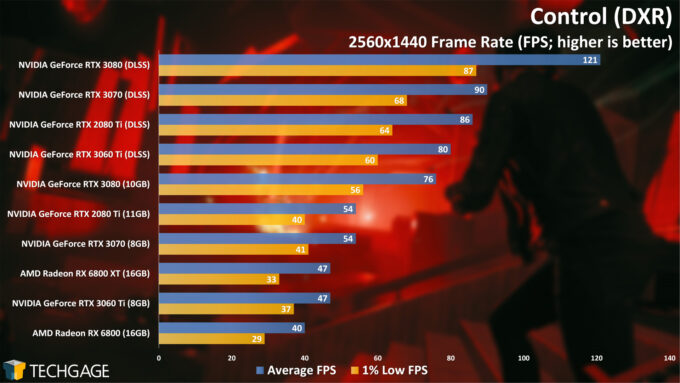 In our testing, Control definitely feels like one of the “heavier” games that could benefit from a powerful GPU, and because its 0.1% minimums are a lot more sporadic than most games, we’re forced to stick to 1% lows here. As seen, all of the GPUs can deliver at least 60 FPS at 1080p, while at least RTX 3080 is needed to exceed that at 1080p – unless DLSS is enabled. 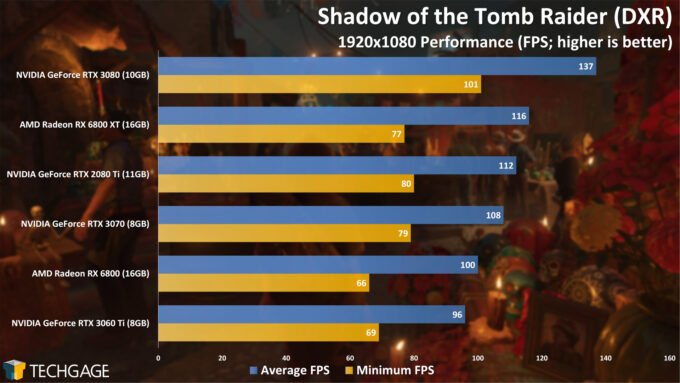 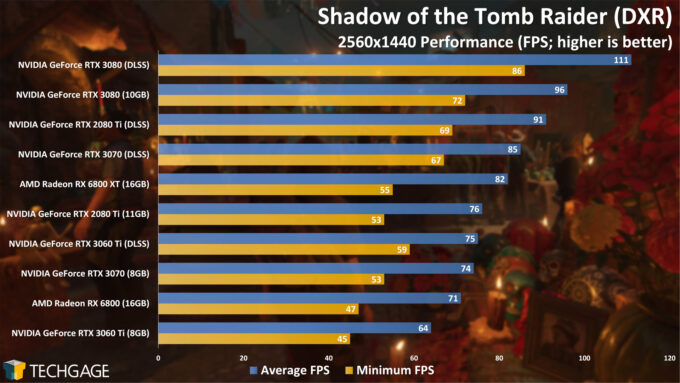 SotTR seems to be one of the most lightly ray traced games, although if you compare the shadows before and after DXR, the latter is clearly better. Here, we skipped over DLSS testing for 1080p, as the only option to test that at was 1920×1200. In any case, enabling DLSS on any one of NVIDIA’s GPUs seems to roughly add 10 FPS at 1440p, although we’d expect that gain to become a little more pronounced at 4K. 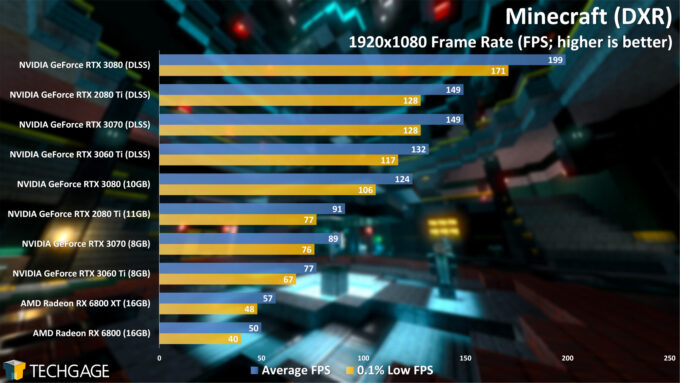 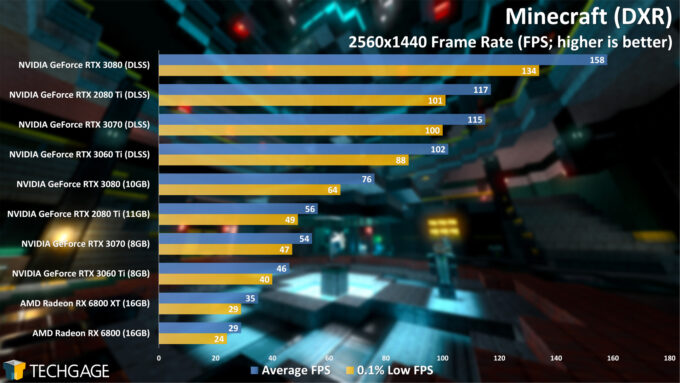 Minecraft‘s ray traced version doesn’t only look good, it also runs well on current-gen NVIDIA hardware. The same can’t really be said about AMD, as not even the 6800 XT manages to hit 60 FPS at 1080p. That could improve over time with driver updates, but once again, NVIDIA’s DLSS sees to it that Radeon doesn’t stand a chance. DLSS isn’t perfect, but in all of our testing, it’s convincing enough in all cases to favor keeping it on. The only reason you might not want to use DLSS is if you have a monitor capped at 60 FPS, and you already hit that anyway.