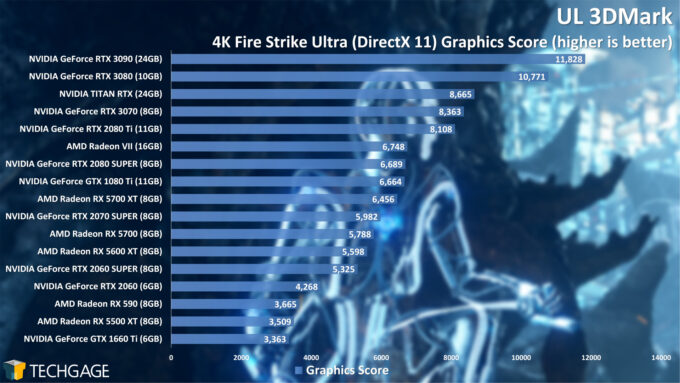 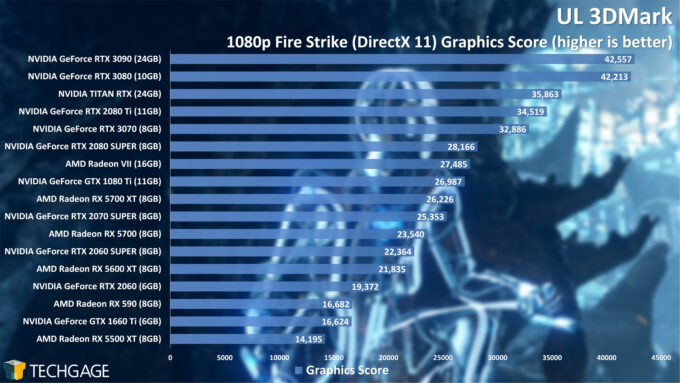 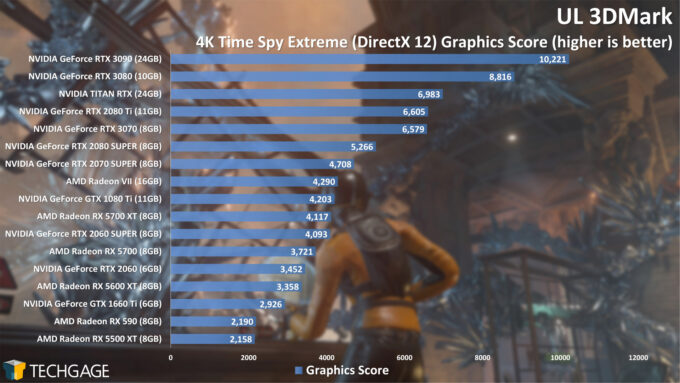 According to 3DMark, the RTX 3070 trades blows with the RTX 2080 Ti, which probably shouldn’t be a surprise at this point. Compared to the last-gen cards, especially the 2070 SUPER that occupied the 3070’s $499 price-point, huge generational gains (~40%) in performance can be seen. 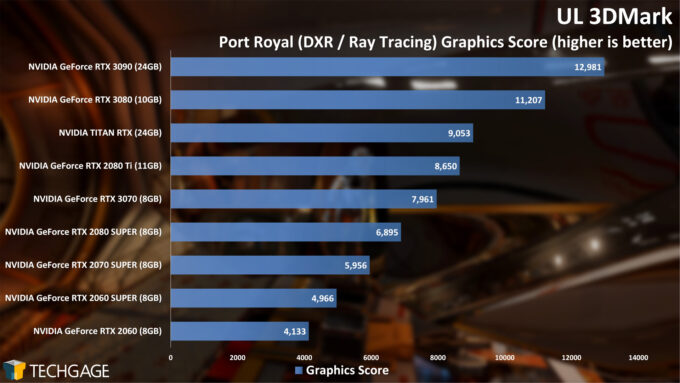 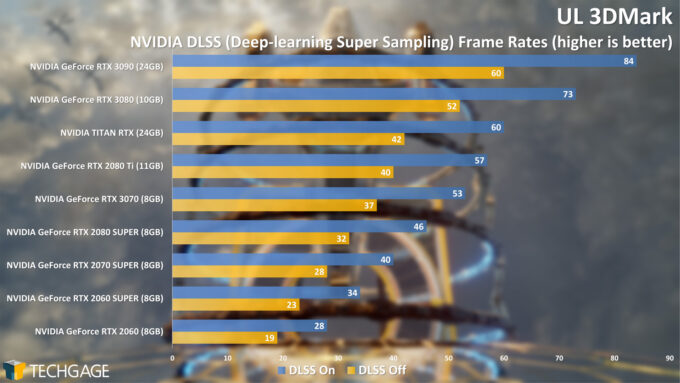 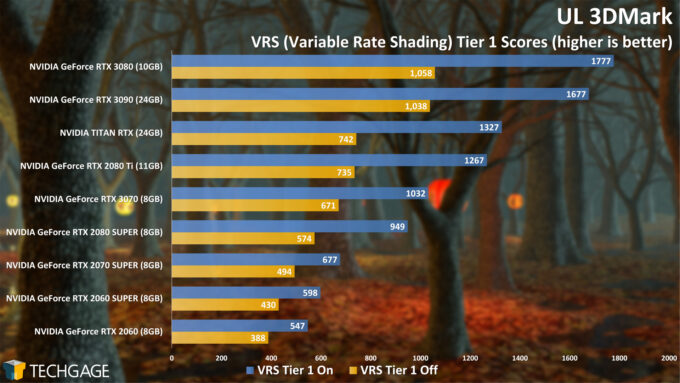 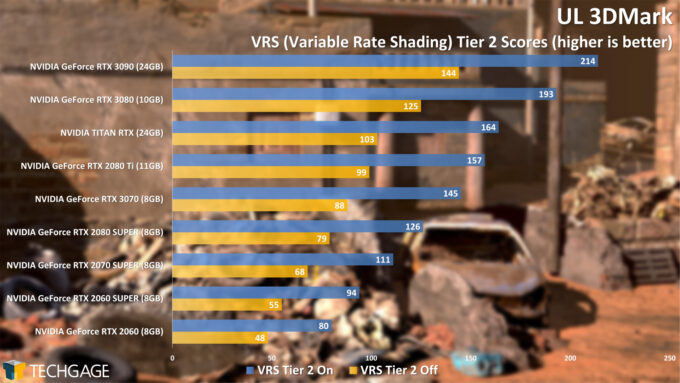 While 3DMark’s main tests earlier showed the 3070 and 2080 Ti to trade blows pretty evenly, the RTX 3070 falls short of the 2080 Ti’s performance in each one of these specific subtests, including ray tracing. We have to imagine that the Ti’s extra 3GB of memory helps in some cases here. We’ll be scraping these results after this article in preparation for the next launch, and will update the DLSS test to DLSS 2.0, as well as introduce a just-released ray tracing test that touts support for the new Radeons. 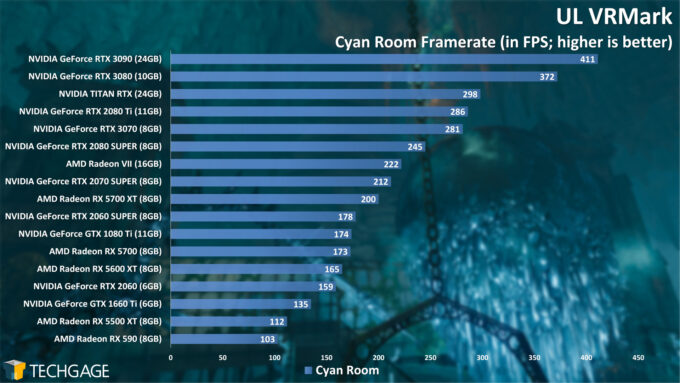 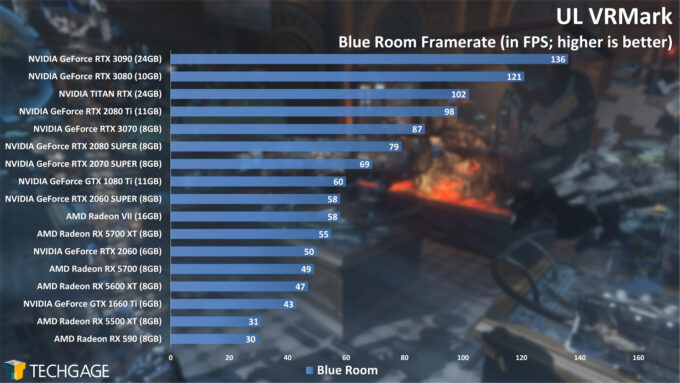 VRMark seems to agree with 3DMark’s feature tests, in that the RTX 3070 is going to sit behind the 2080 Ti in most of these intense graphics battles. It’s really hard to consider that a bad thing given the price of the new card, but it’s also hard to not keep drawing comparisons between the two since they so often align on the performance ladder. 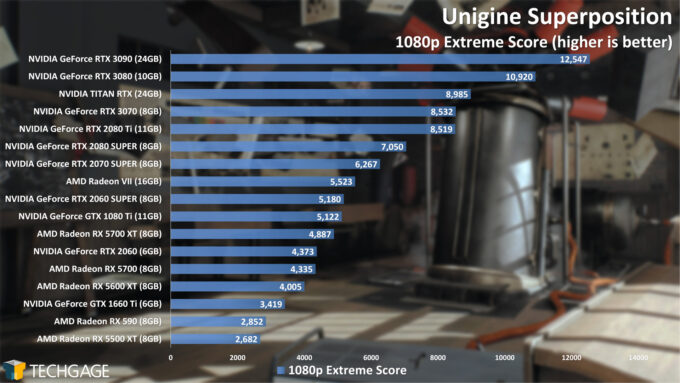 We’re foregoing our 4K Superposition test this go-around due to a bug we discovered in our testing scripts, but at 1080p, the RTX 3070 seems to be favored over the RTX 2080 Ti, but only by a super slight positional measurement. In this test, the 3070 comes out 36% ahead of last-gen’s RTX 2070 SUPER.