To take a look at the RTX 3080 from a power and temperatures perspective, we rely on both rendering and gaming workloads to push the GPU. For rendering, we use the Classroom 2.8 project in Blender, and for gaming, we use UL’s Fire Strike Ultra. Both tests are run for ten minutes, with their maximum wattage and temperatures reported. The power test is total system power pulled from the wall, using a kill-a-watt meter. 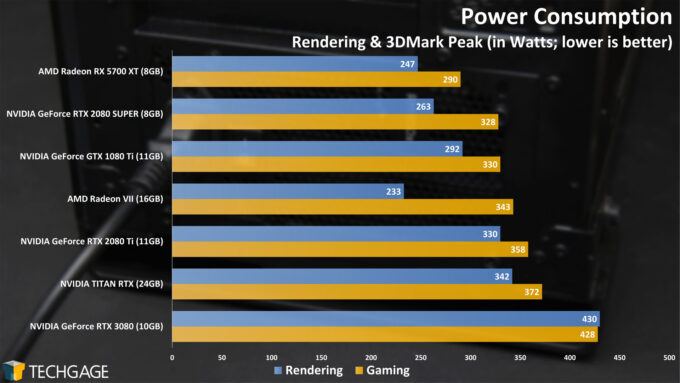 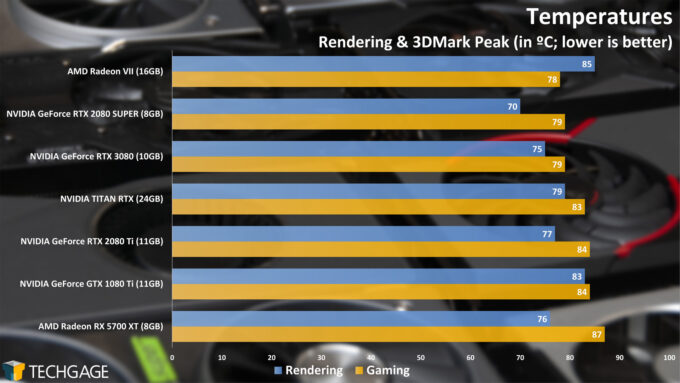 The RTX 3080 offered a few surprises here; primarily with the fact that the card draws about the same amount of wattage from the wall whether rendering or gaming. We’ve heard reports of others finding slightly different scaling with their gaming tests, but after a retest, we still found the same result.

With a rated TDP of 320W, it’s probably no surprise to you that the RTX 3080 is the most power-hungry of this bunch. At the same time, it’s far faster than the rest of them, so most users will probably be able to ignore that hike. Even with this configuration, we’re well short of 450W total system power.

There used to be a time when enthusiasts thought that at a 1,000W power supply was basically required for their system, to allow for lots of breathing room. Nowadays, even 600W will suffice for most. Adding lots of disk drives – and of course a second GPU – would change that requirement.

As soon as we stepped foot into our test results, it became immediately obvious that this RTX 3080 is a bit special. It’s not uncommon for a new GPU architecture to drop that’s much faster than the previous-gen, but NVIDIA’s taken things to a bit of a new level here.

This generation’s $699 GeForce GPU is much faster than last-gen’s $1,199 GeForce RTX 2080 Ti. It’s even faster than the top-end TITAN RTX, which means that series is going to be due for an upgrade at some point (40GB, please!). 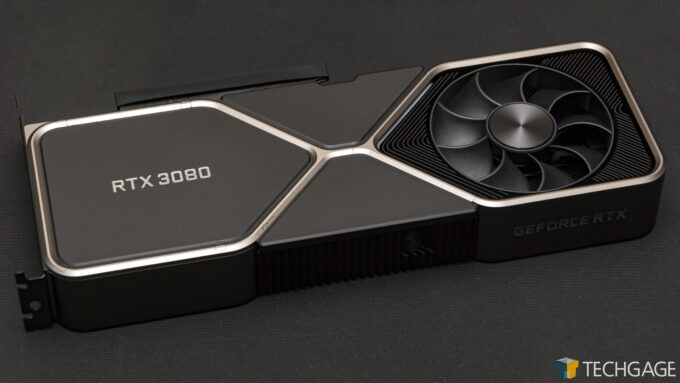 As our benchmarks have shown, the RTX 3080 can definitely be considered a true 4K card. In all of our tests, we managed to surpass 60 FPS quite easily, and in most of the cases where we were only 10 or so FPS ahead, it’s partially our fault for using such high detail settings. If you want to hit 4K/100 FPS, it shouldn’t be too hard in any modern game, assuming it has sufficient graphics options (it seems rare when that’s not the case nowadays).

4K isn’t the only ideal target for this card, though. Our ultrawide results have shown the RTX 3080 to provide more than enough horsepower to easily breach 100 FPS. In fact, all of our tested games surpassed 100 FPS at ultrawide with the new GPU, and if you happen to be blessed with a 144Hz panel, you can likely hit that with some minor tweaking – assuming you’re willing to forego a bit of graphics fidelity (which in some cases can feel superfluous anyway).

This article goes live after the RTX 3080 went on for sale, and to say it went off without a hitch would be a lie. No one we personally talked to who planned to pick one up managed to score one, but without fail, scalpers popped-up on eBay and the like with unbelievable speed. So, like many GPU launches, the RTX 3080 is immediately scarce, and we’re not sure when supply will improve. If you ask NVIDIA, it’s working tirelessly to ensure that supply is as good as it can possibly be. It’s just best to be aware that if you want an RTX 3080, you will in all certainty need to exercise a bit of patience. 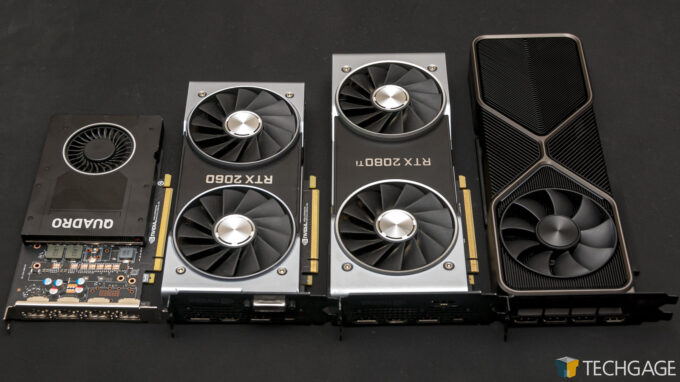 Long story short, the RTX 3080 is a screamer, and represents one of the most impressive GeForce launches we’ve ever seen. The Turing launch was cool in its own right, but Ampere pushes things forward in a way we wouldn’t have assumed would happen. The RTX 3080’s performance is seriously impressive, especially for its $699 price tag. We just hope its availability improves soon.

The GeForce RTX 3080 isn’t the only GPU that NVIDIA is launching around this time. On September 24, the company is expected to launch its even bigger Ampere chip, RTX 3090, equipped with 24GB of memory. We won’t have a review of that card for launch, but we will have a look at the upcoming RTX 3070 when it releases mid-October. That $499 card is still said to beat out the last-gen RTX 2080 Ti, so it could prove just as interesting as this RTX 3080. Time will tell.

What about AMD? Well, its current stack doesn’t have a competitor to NVIDIA’s RTX 3080, or even the top of the previous-gen GeForce stack. RNDA2 / “Big Navi” is due to be announced in late October, so to learn whether or not AMD is going to have a strong answer to these new Ampere cards, we must exercise even more patience. Let’s hope the company does have some surprises in store!