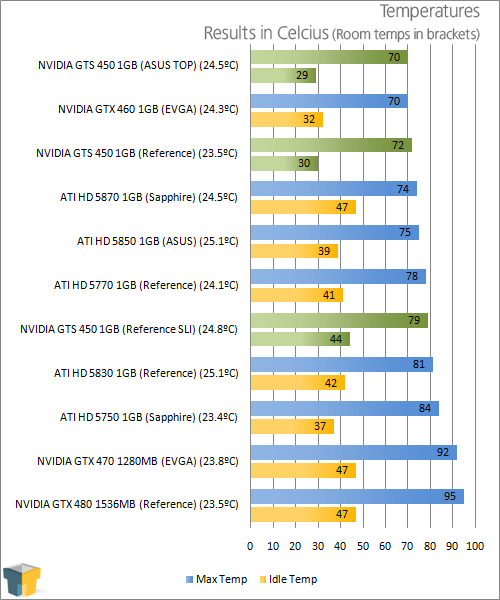 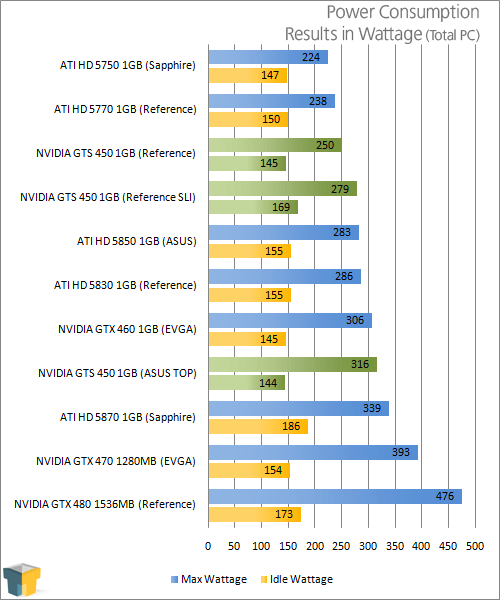 The reference cooler seen on the GTS 450 didn’t look quite so efficient to look at, but it clearly does its job well, ranking very well in our charts. ASUS’ DirectCU cooler improves on things even further, though the actual differences aren’t quite as stark as I would have imagined.

On the power side of things, efficiency isn’t something the GF100 series thrives at, but things aren’t too bad here, with the GTS 450 sucking down 24W above the HD 5750 at load.