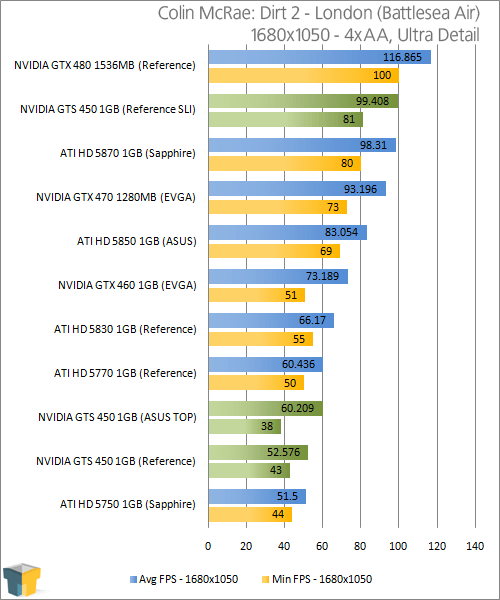 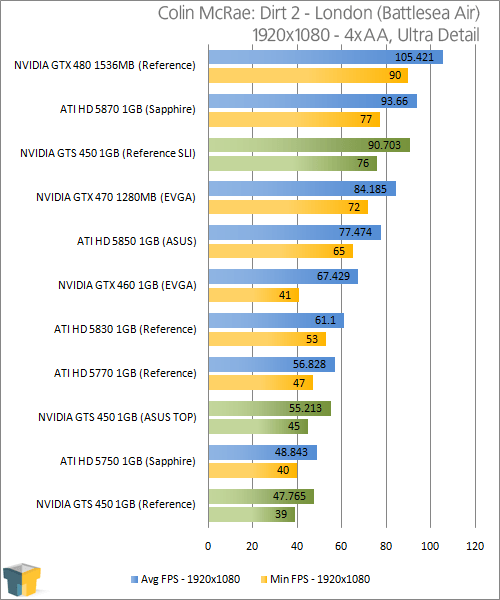 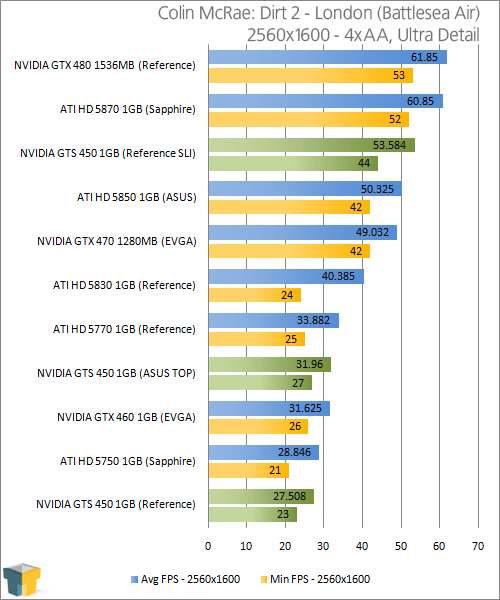 Prior to us receiving our samples of the GTS 450, NVIDIA stated that the card should compete nicely with the HD 5750, but so far, it’s AMD’s card that’s come out ahead. The one exception is at 1680×1050… but that changed at the higher resolutions. To be fair though, the performance of the GTS 450 couldn’t be called poor… it’s pretty well on par with the HD 5750 in the real-world.

There is something still impressive to gleam from these graphs though… the performance of the GTS 450 in SLI. It’s almost as powerful as the HD 5870, which costs $140 more!

As good-looking as Dirt 2 is, all of our cards managed to handle it at 2560×1600 just fine, even with 4xAA enabled. For the lower-end cards, including the GTS 450, medium detail settings had to be used, but even then, the game looked good, and ran like a dream.