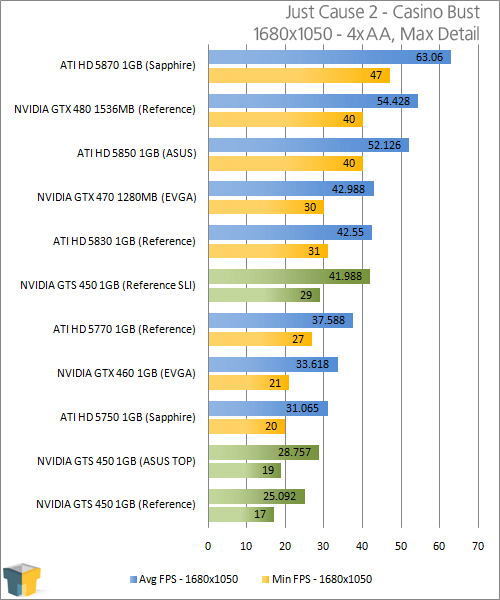 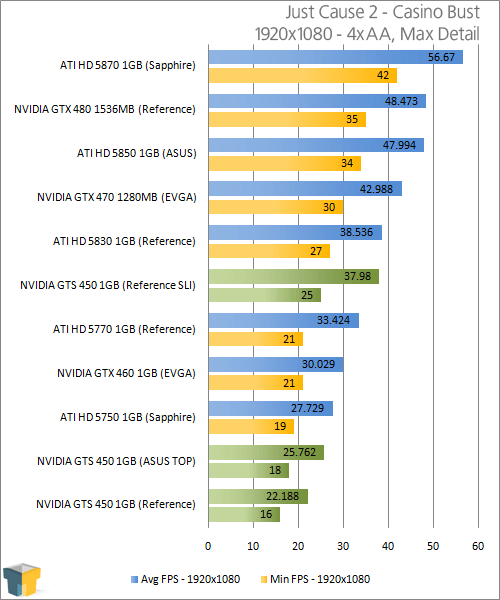 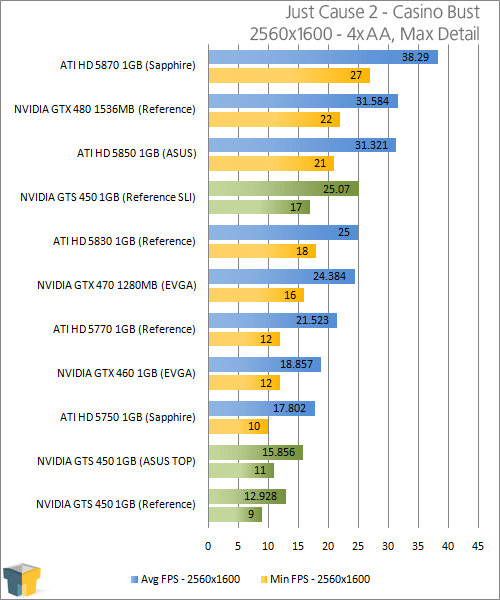 It’s clear that Just Cause 2 is optimized to work on AMD GPUs, even if it’s not on purpose. Even ASUS’ overclocked TOP card couldn’t overtake the stock-clocked HD 5750. Again though, the performance differences aren’t quite night and day, though they are still there. Our SLI configuration didn’t have quite as good a showing as it did with Dirt 2.

One of the best things about Just Cause 2 is that it allows in-depth graphics customization so that you can tweak to your heart’s content and make sure you get a result that runs well on your particular GPU. Since this is a rather intensive game, our single-card GTS 450’s topped out at 1920×1080 resolution, but still retained good detail settings. Our SLI configuration boosted our performance and game detail settings up to HD 5830 levels.