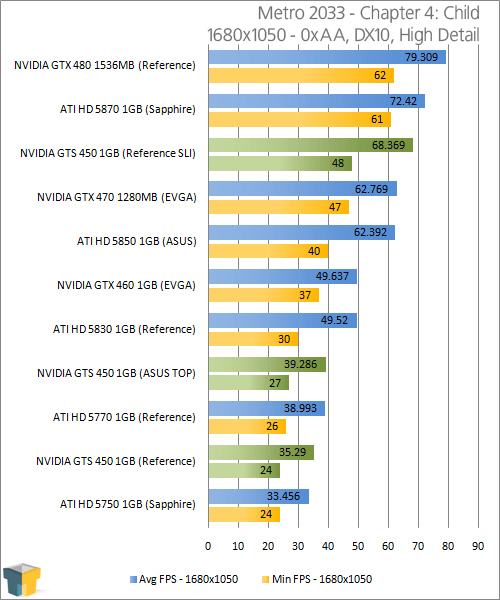 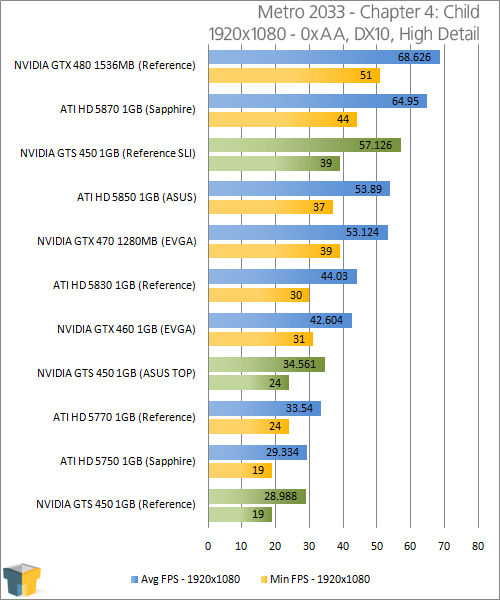 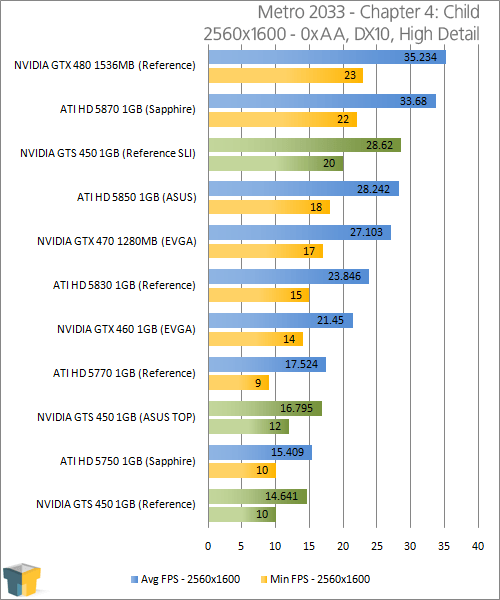 We’re seeing a bit of a repeat with the performance here. As with Dirt 2, the GTS 450 came out ahead in our 1680×1050 test, but fell short in the others. And again, the SLI performance of the cards simply skyrocketed up our charts and sits right behind the much more expensive HD 5870.

As such an intensive game, none of our cards earned a spot as best playable for the settings above, but when each has the graphics turned down to “Medium”, the performance improves dramatically.