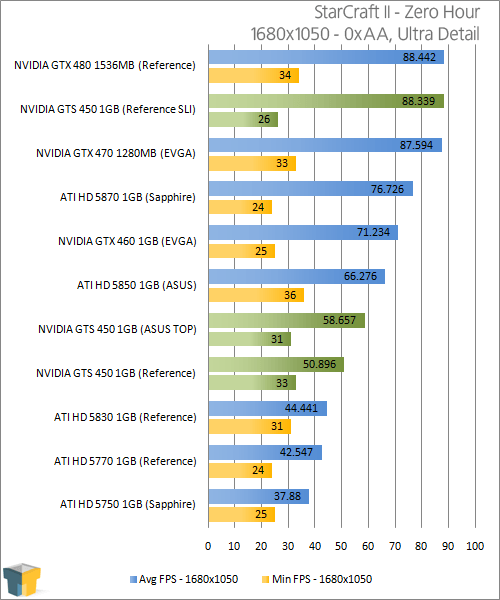 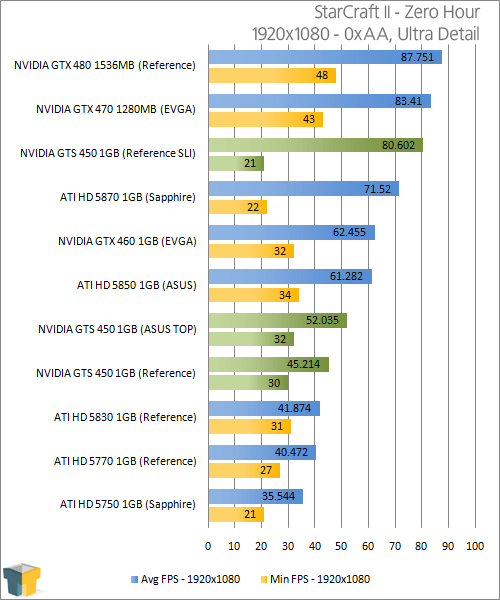 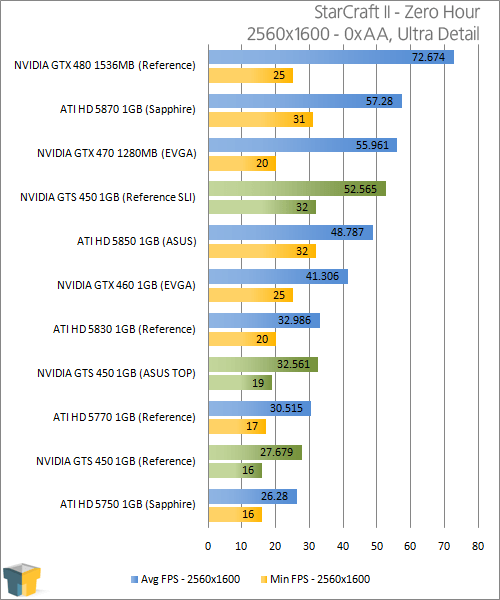 Just Cause 2 might have leaned towards AMD’s graphics cards, but SCII clearly favors NVIDIA’s. Here, our SLI configuration of the GTS 450, which would run about $260, simply dominated the HD 5870, except at the top-end resolution of 2560×1600. And even there, the performance for both were above 50 FPS, so whether you’d actually see the difference or not is the big question.

StarCraft II might have some of the best aesthetic values in current titles, but it can fortunately run on a wide gamut of hardware without requiring you to tone down the details. As such, running 2560×1600 on all of our cards is no problem at all.