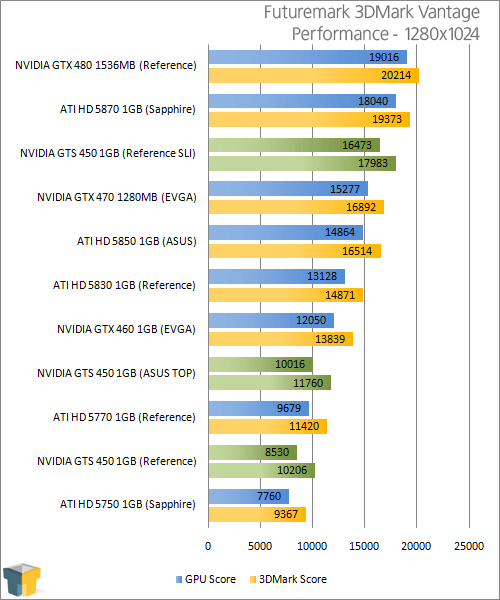 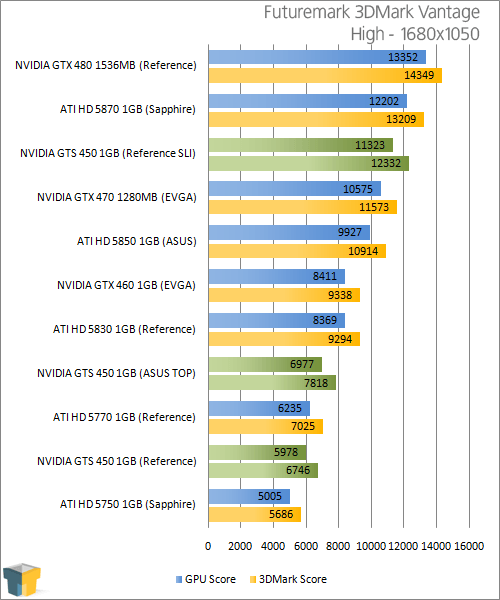 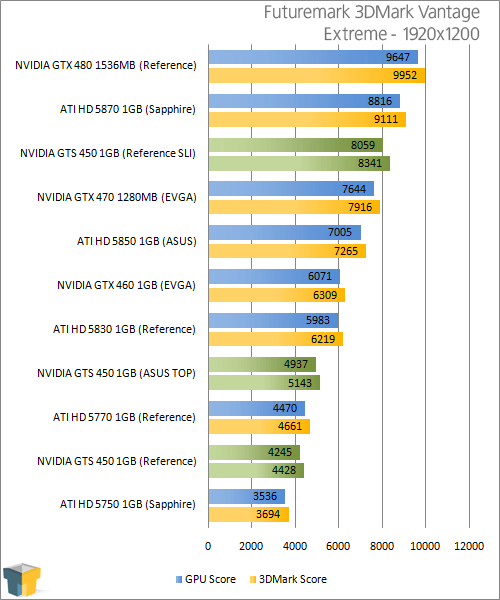 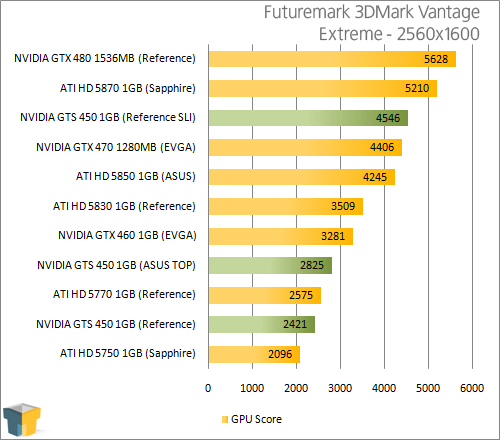 When NVIDIA told us that the GTS 450 should perform better than the HD 5750, this might be part of what it was talking about. It’s clear that where 3DMark is concerned, the GTS 450 does perform better, but that’s not quite what we saw in our real tests.