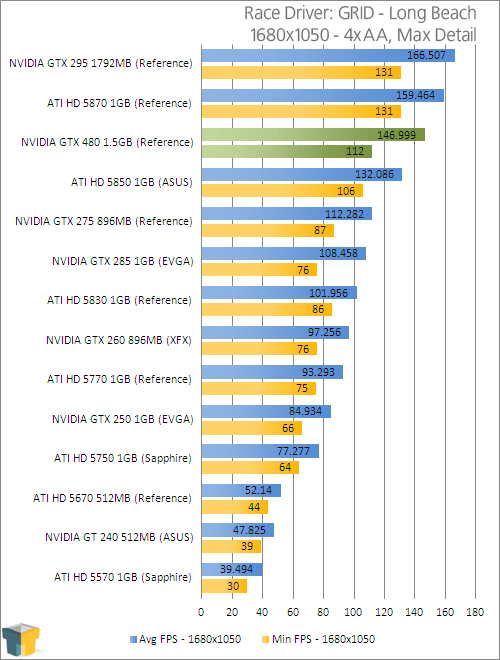 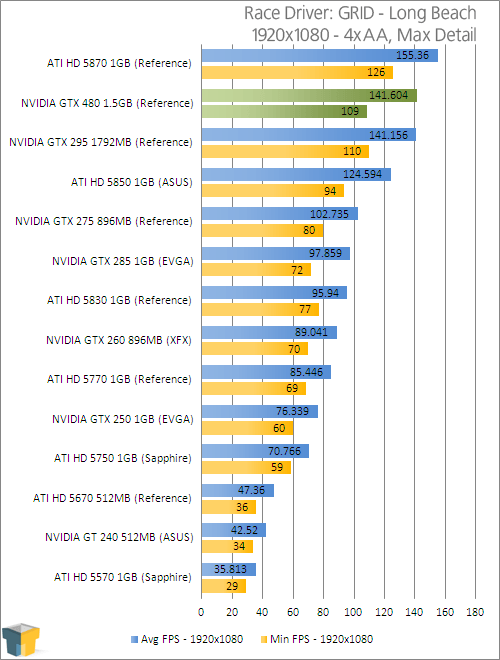 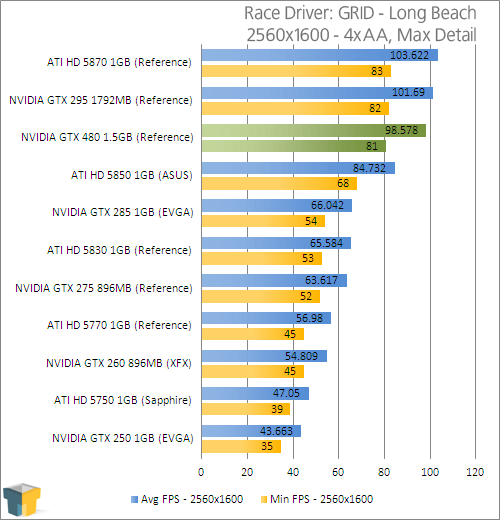 GRID is another game that tends to favor ATI cards to some small degree, so it’s of little surprise to see the HD 5870 outpace it. But again, the real-world difference is minimal, so it’s as though there’s no difference at all.

Once again, GRID is one of those games that runs well on almost anything, therefore, 2560×1600 at maxed settings was no issue at all. Naturally, it becomes our best playable setting.