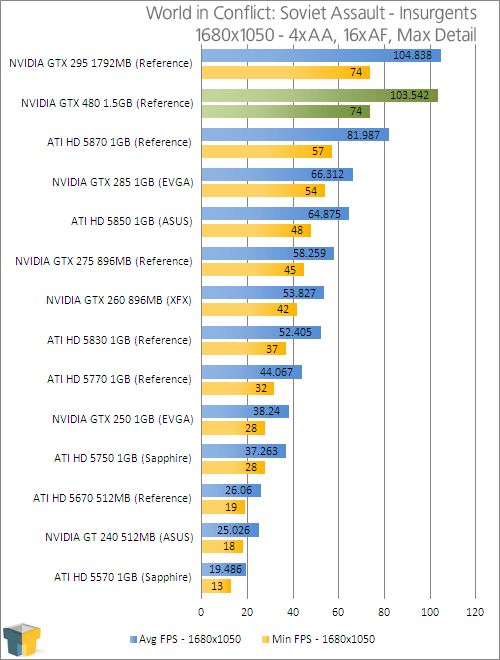 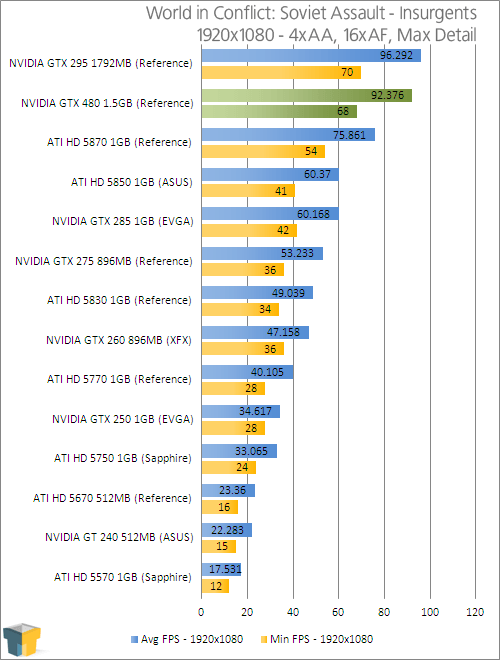 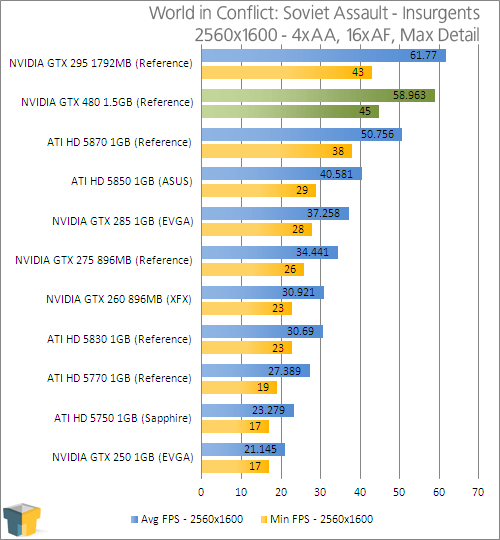 Up to this point, the GTX 480 hasn’t been able to definitively prove that it’s the better card when compared to the HD 5870, but Soviet Assault does a great job in helping its case. At all three resolutions, the GTX 480 clearly handles the game better than ATI’s single-GPU best.

Soviet Assault is fussy with 8xAA on many GPUs, but on both ATI’s and NVIDIA’s top-end single-GPU cards, it’s no problem. Therefore, those settings become our best playable here.