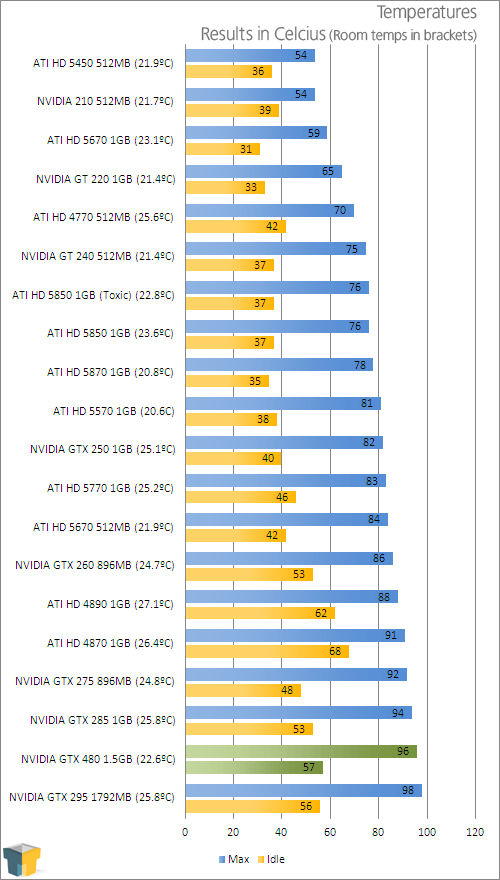 The entire fleet of NVIDIA’s last-generation cards fell behind ATI where temperatures and power was concerned, and not much changes with GF100… although the situation has gotten worse. The GTX 480 almost managed to break a TG lab record with its top-end temperature of 96°, falling just behind the GTX 295’s 98°C. With such non-impressive temperatures, can we bet on modest power consumption at least? 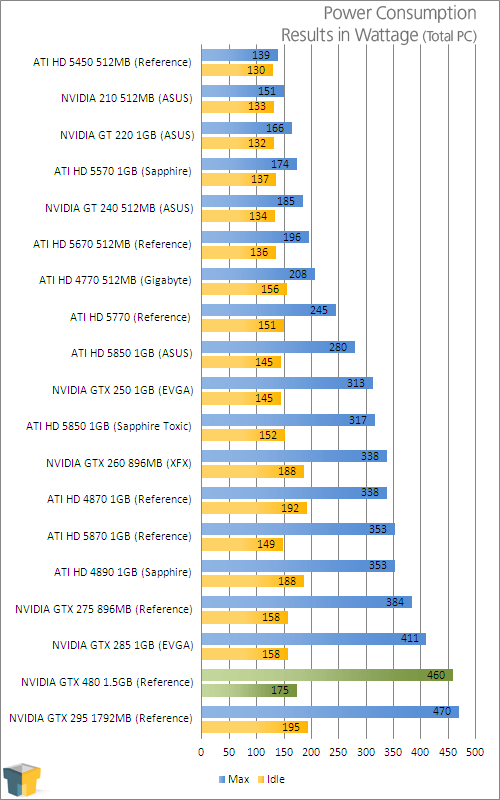 While AMD, both in its CPU and GPU divisions, and Intel, are both striving to make sure its products are as power-efficient as possible, NVIDIA seems to be going in the opposite direction, focusing on higher performance despite the power draw increase.

We’re not talking about a small power increase here. In fact, the differences between NVIDIA’s own current and previous generation, and especially to ATI’s current cards, is just staggering. Compared to the GTX 285, the GTX 480 draws an additional 49W at full load. Given the performance gain, that’s somewhat reasonable. But compared to the HD 5870, the GTX 480 sucks down an additional 107W at full load.

Ever since AMD’s HD 5000 launch, I’ve commended the company for developing its graphics cards with such excellent power efficiency, but looking at the power draw from the GTX 480 truly emphasizes two possible facts… that AMD has really done a tremendous job on designing its architecture for ultimate power efficiency and performance, or that NVIDIA has done the stark opposite.

I’ll talk more about this on the following page, along with the rest of my final thoughts.