During NVIDIA’s editor’s day, held this past January, the company showed off numerous tech demos that highlighted the benefits of CUDA, PhysX, and also tessellation. Some of these demos were quite fun to look at, and I imagined they’d be just as fun to play with. I admit, as soon as I received the GTX 480, I didn’t load up a game… but rather each one of these demos first.

Tech demos are nothing more than that, but they do well to show what a product is capable of, and in the case of these, I’d love to see the results in upcoming games. Let’s first start with a demo called Design Garage. No, you can’t go and create a vehicle with this, but what you can do is load one of the vehicle models that are shipped with the tool, and also an environment, and then render it. Sounds boring, huh? Well, it isn’t.

What makes the tool fun is that you can change what seems like a countless number of variables, and the result will be a scene and vehicle that simply look fantastic. This isn’t for the weak of heart, though. If you choose the ray tracing mode, the entire scene is rendered fast. But if you want to step things up and use the much more robust path rendering technique, the scene can essentially be rendered infinitely… you stop it when you are happy with the result.

The image below shows off what the scene looks like as soon as you begin the path renderer: 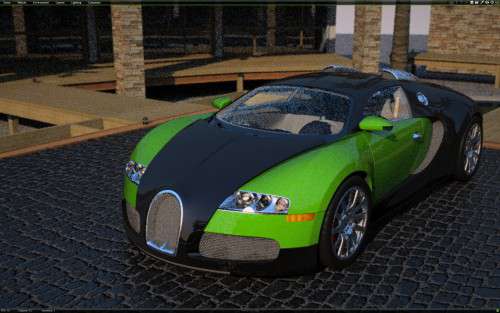 You can turn off the path renderer to opt into ray tracing instead, which results in the image below on the left. If you use the path rendering, which is represented in the right image, you can see that the result is far better… there’s just no comparison. I only let the render run for 20 minutes, so the scene will only improve if you run it for an hour, or even overnight. 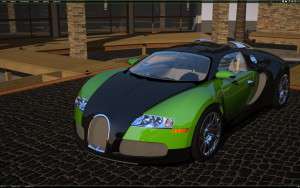 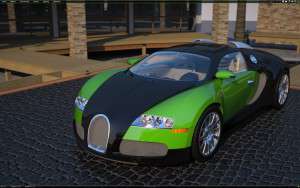 So what’s this prove? It might seem like a rather pointless demo at first, but NVIDIA talked about some great ideas at the aforementioned editor’s day. One example was a car dealer. Imagine being able to walk in, and the sales-person put in your desired color, features, and other elements, and a minute or two later be able to look at a high-resolution and high-quality version of what you chose.

Another example that I find to be more interesting is the one where a feature like this is implemented into a game. In some racing games, you’re able to customize and build cars to your liking, choosing even the most minute detail. Since you spend so much time on the tweaking, wouldn’t it be cool to toss the car into an environment, customize your lighting, and then render a high-detail image that you could use as a desktop wallpaper, or to pass around to your friends for bragging rights?

If you drive the above Bugatti Veyron with the window open or top down, your hair is likely to blow all over the place (assuming you have hair, and long hair at that), so this next tech demo loosely compliments Design Garage. Here, a model has a full head of hair, and using the GPU, it’s completely physics-accelerated (using PhysX).

The demo seems simple, but it highlights (no pun) the cool effect that advanced physics can have in a game. The hair moves incredibly realistically, right down to the strand-level. Hair has always been a bit complicated to render in a game, and this tech demo certainly does the best hair I’ve ever seen. It would be quite interesting to see realistic hair like this rendered in a game, that’s for sure. 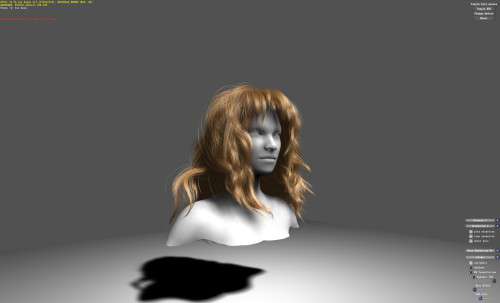 Hair might be complicated to render in a game, but even more complicated is water. At least, realistic water. To show off the benefits of tessellation, NVIDIA created a demo to help people understand the dramatic improvements that the DirectX 11 feature can provide. On the left below image, you can see decent-looking water. It’s rather flat, and not entirely interesting. But look at the image on the right, with tessellation cranked up. Again, there’s just no comparison… it looks fantastic. 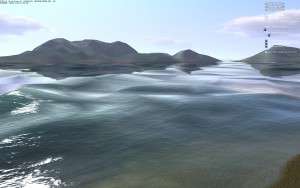 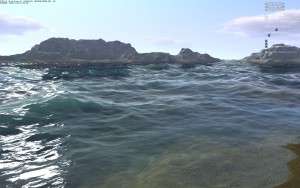 Although the differences between the two images above are obvious, the wireframe images below make it even clearer. In the left image, we likely have a few thousand triangles in total, while on the right, we’ve no doubt entered the millions. And boy, does it ever make a difference! 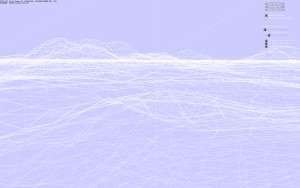 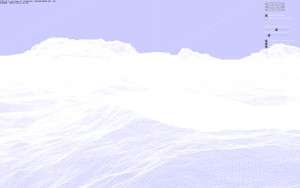 Finally, the last tech demo is one that I was really waiting to try out. Called Supersonic Sled, a poor soul is placed in one of the wackiest-looking vehicles ever devised. There’s virtually no protection, and on the back… a massive rocket. Sounds fun, right? Well, it is. In this demo, you can adjust the amount of debris to fall from the three main elements in the demo (shack, arch and bridge) and also the level of tessellation.

The demo shows off both PhysX and tessellation to a great degree, but it’s not so much the graphics or detail that makes this demo fun, but just the fact that you can catapult your victim at blazing speeds down a track and then hundreds of feet into the air. Ahh. Is it sick that I found this demo refreshing? 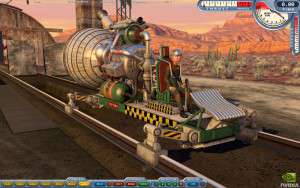 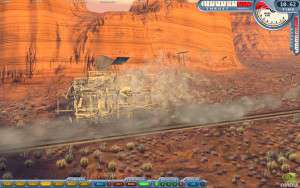 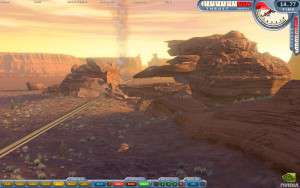 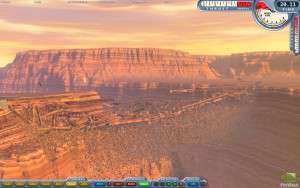 All of these demos will become available to anyone equipped with a GT 200 or GF100-equipped graphics card. I assume NVIDIA will release them to the public as soon as the GF100 cards hit retail.