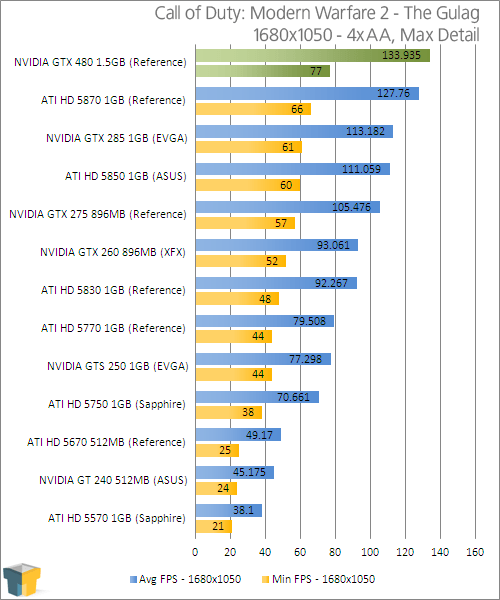 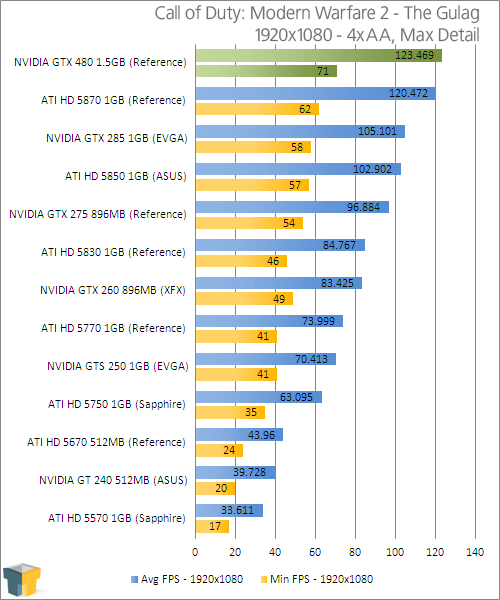 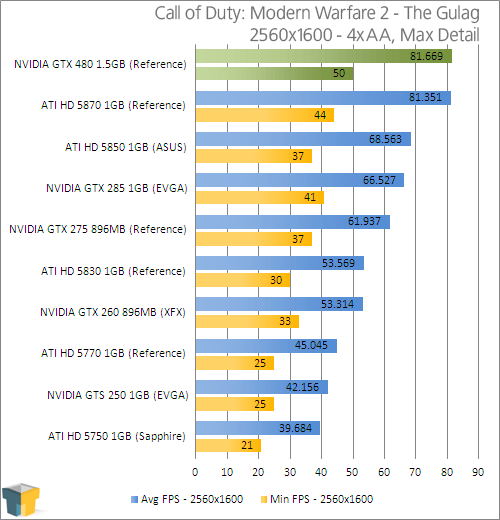 NVIDIA’s GTX 480 kicks off to a good start here, but the HD 5870 sure isn’t far behind. As has become a relative theme, the “bigger” differences are seen at lower resolutions, only because the raw numbers are much higher. At 2560×1600, the difference is almost nil.

Modern Warfare 2 looks quite good on the PC, but given that it’s a console port, it doesn’t begin to stress our graphics cards half as much as we’d like. So, not surprisingly, NVIDIA’s latest card handles the game at maxed-out settings and resolution.