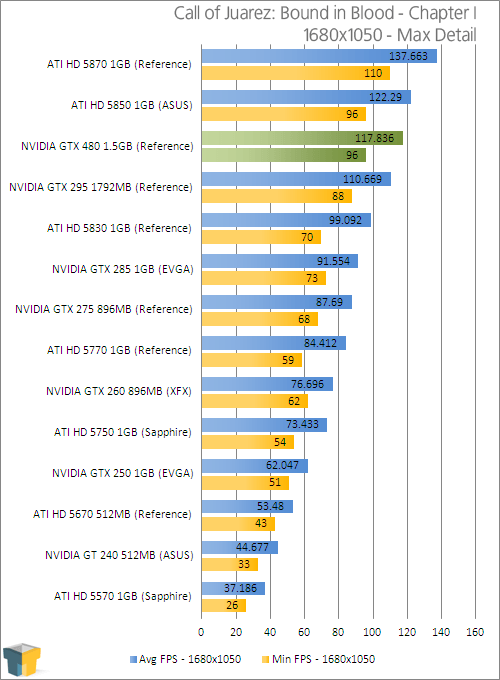 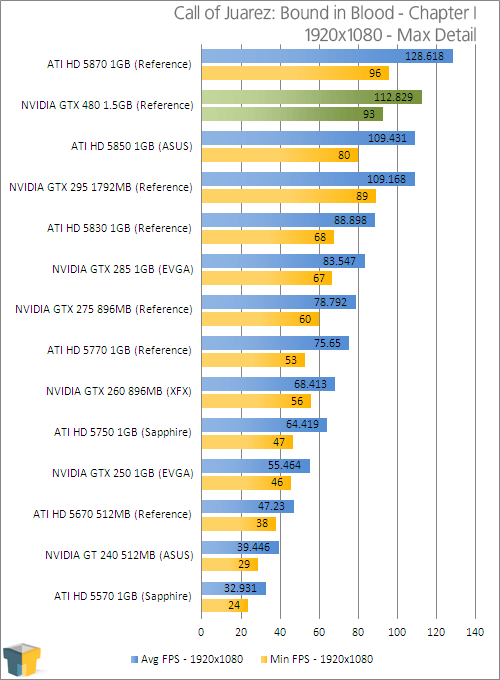 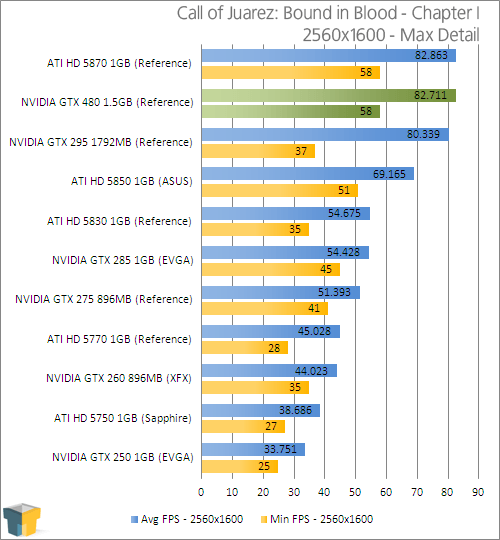 Bound in Blood suffers the same issue that many other PC games today do… the engine doesn’t take full advantage of our PC’s. So once again, topped-out settings are fine here on almost our entire line-up of cards.