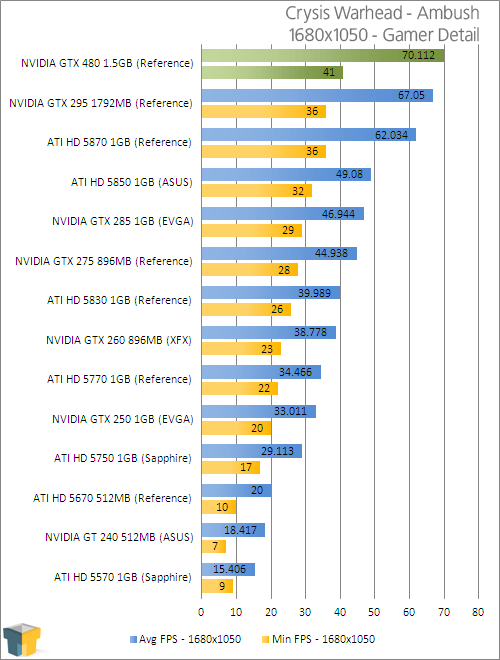 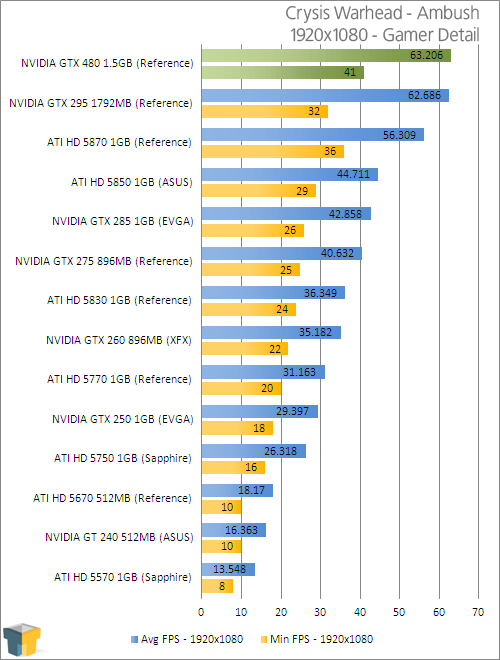 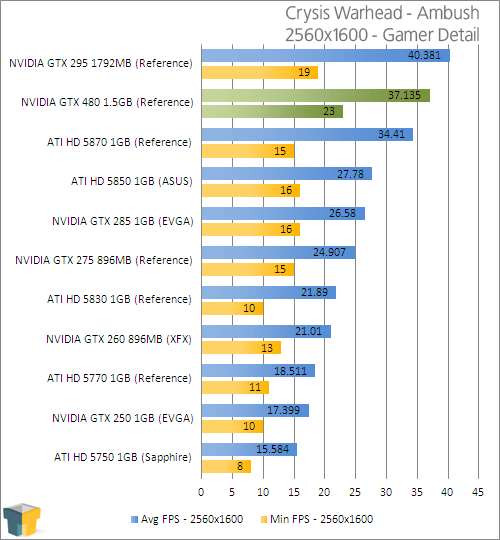 Given that Crysis Warhead is such a glutton when it comes to eating your PC’s hardware, I almost feel like there’s no such thing as a “best playable” when it comes to this title. Even if you have a top-of-the-line rig, you rarely can use settings that you’d imagine the PC could handle. So for this title, I’m a bit more lenient, and find that 30 FPS is very playable, which both cards manage to surpass. NVIDIA’s GTX 480 has a more desirable minimum FPS on average, though.