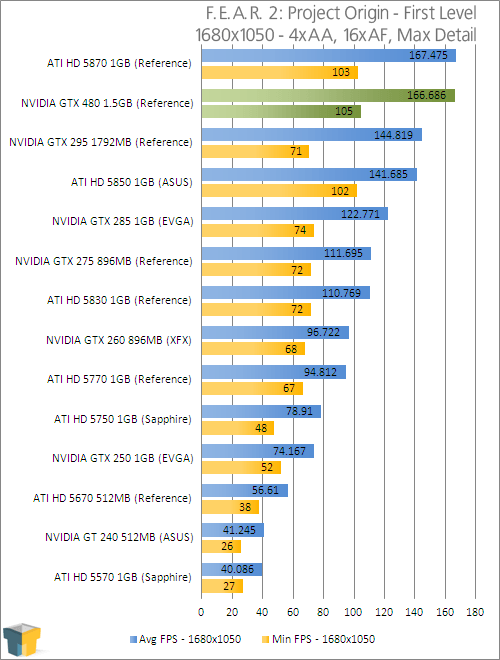 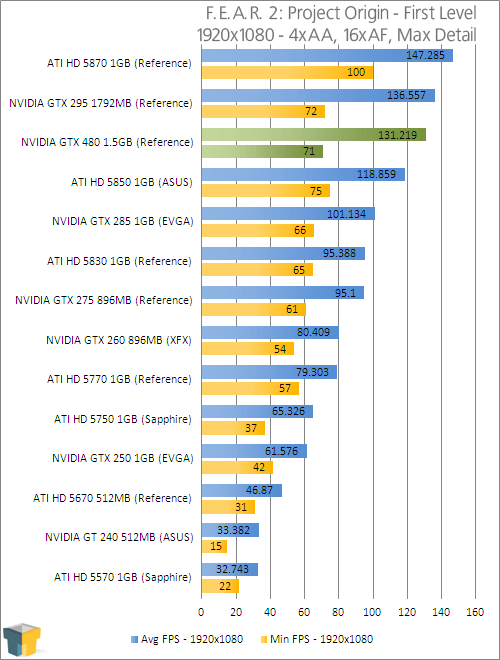 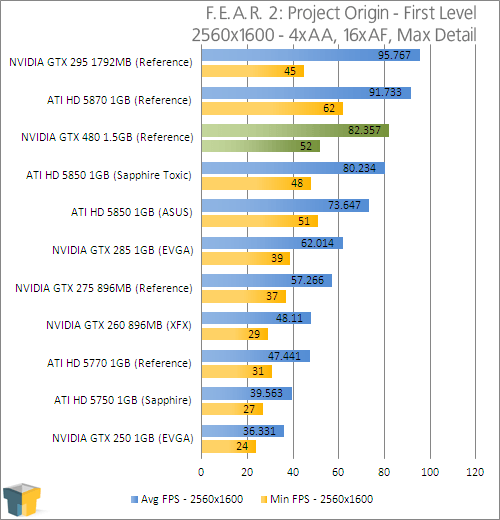 Similar to Call of Juarez, F.E.A.R. 2 favors ATI cards, and it’s evident here. Not to sound like a broken record, but with average FPS’ like this, all except the $100 and under cards can handle this game at most resolutions and detail settings.

With an average FPS of over 80, the GTX 480 can handle this game in all shapes and form. The best part is that it’s genuinely a great-looking title as well.