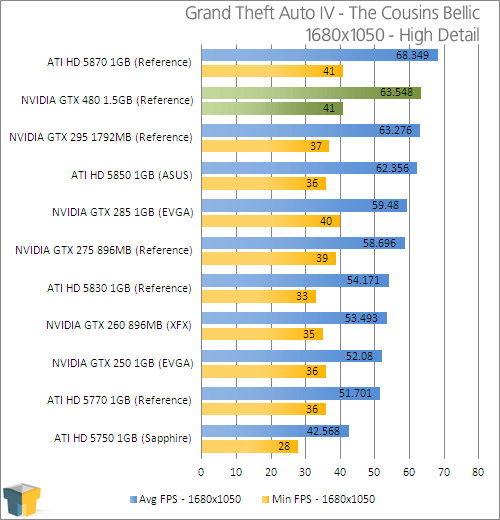 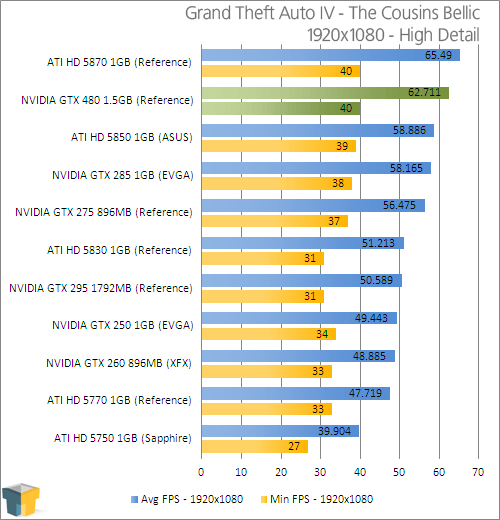 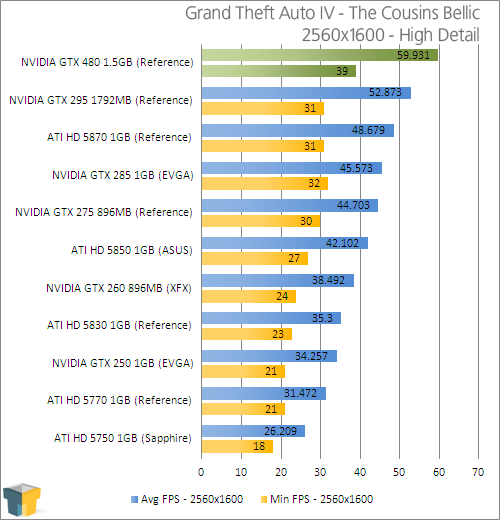 Similar to Crysis Warhead, GTA IV is a game that never seems to run ideally even with a sweet PC and modest detail settings. Nature of the beast, I guess. Thanks to the raw brawn that both the GTX 480 and HD 5870 have, some detail settings could be increased resulting only in a very minor drop in performance.