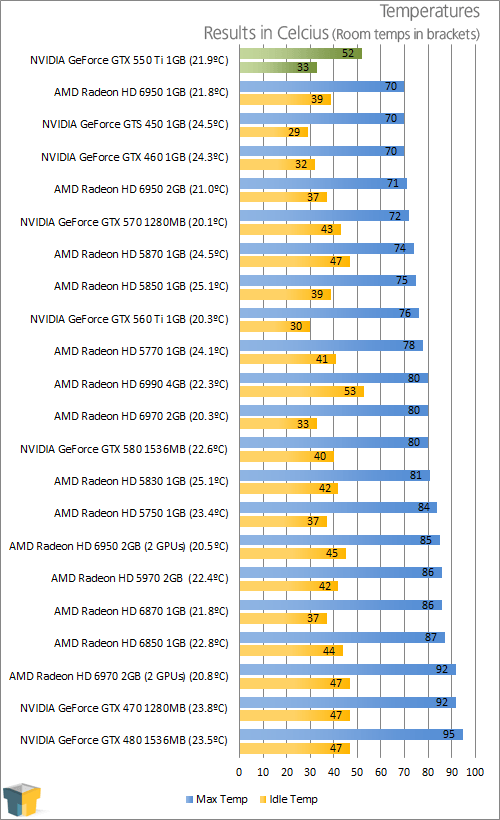 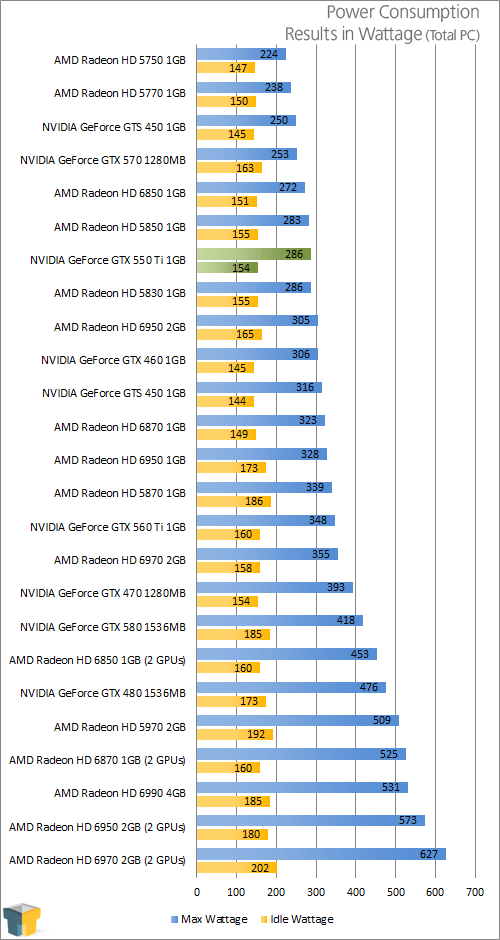 I admit that I was opposed to testing out this card at first for temperature testing because of the door issue. Being unable to put the chassis door back on due to the card’s ridiculously large cooler is one thing, but actually testing temperatures that way is another, and is sure to skew results. So bear that in mind. For what it’s worth, though, the temperatures seen are extremely good, with the card barely breaking 50°C.