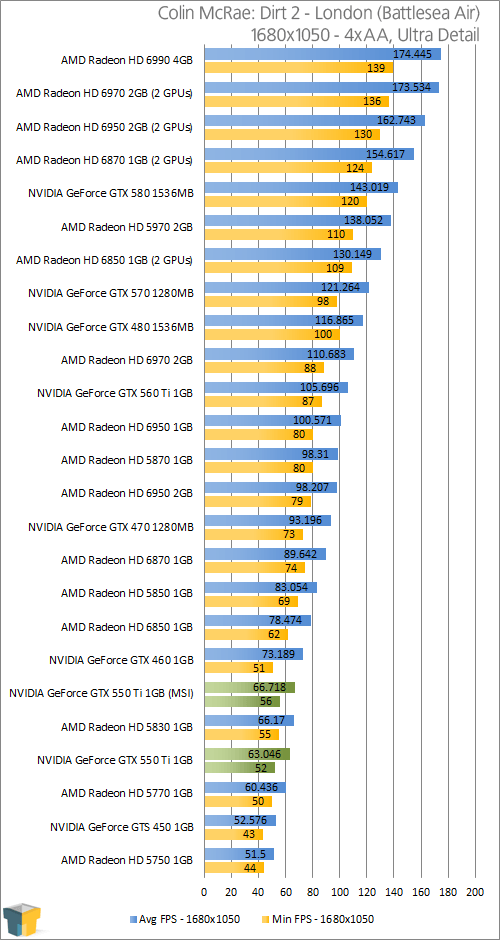 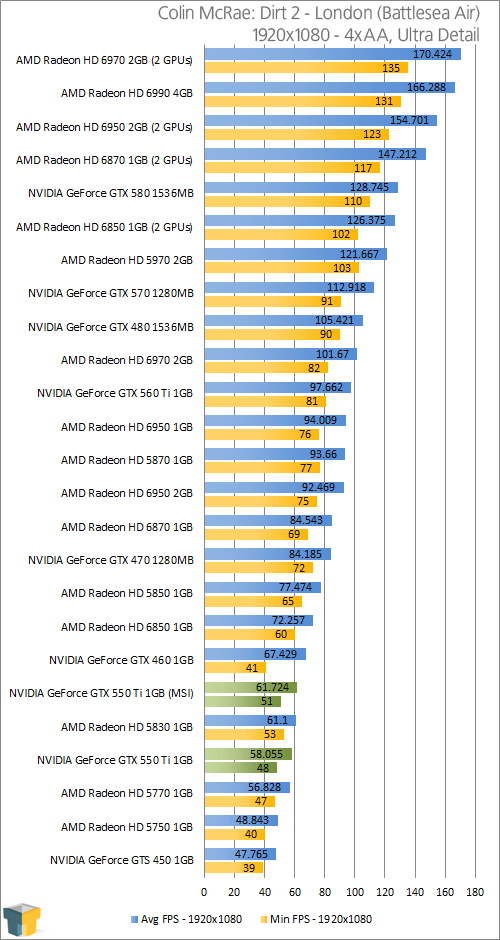 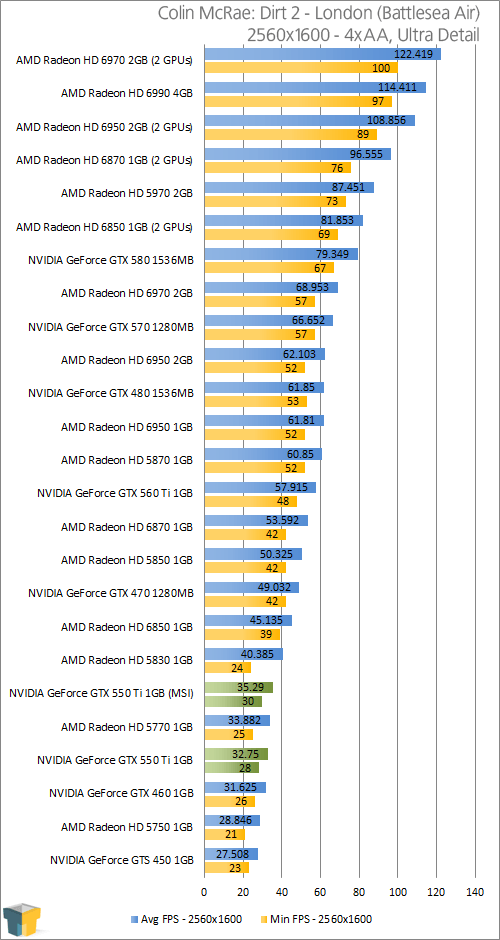 A big goal of NVIDIA’s in creating the GTX 550 Ti was to beat out AMD’s Radeon HD 5770, and thus far, it looks like that’s been accomplished. An exception is seen at 2560×1600, but let me assure you… you do not want to be using either card for that resolution. 1080p is another matter, but anything higher isn’t much fun at all.