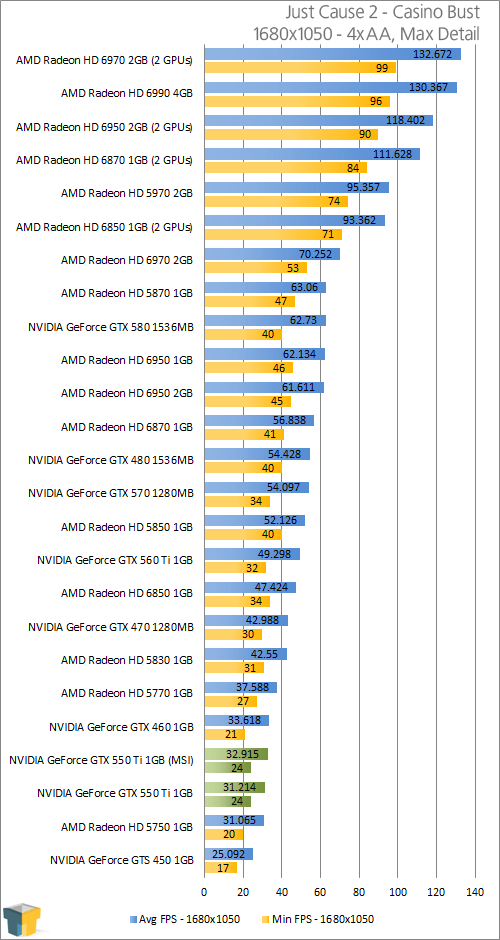 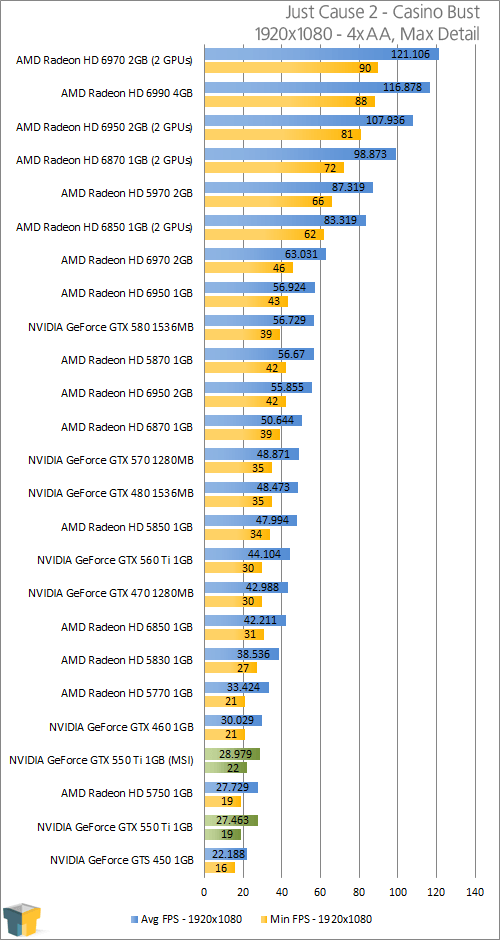 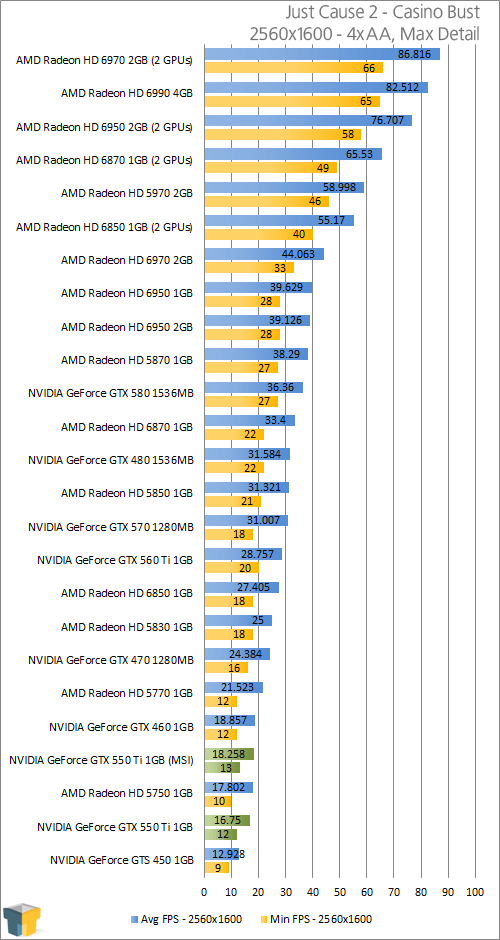 With Just Cause 2 leaning towards AMD’s cards (for some bizarre reason, given the game is an NVIDIA “The Way it’s Meant to Be Played”), it’s of no surprise to see the HD 5770 creep up ahead. Both cards don’t do well to handle this game, however. For smooth 1080p gameplay, AA needs to be turned off, along with SSAO and other detail settings need to be turned to Medium or Low. For 1680×1050, AA and SSAO need to be disabled at which point the game can deliver an acceptable ~40 FPS.