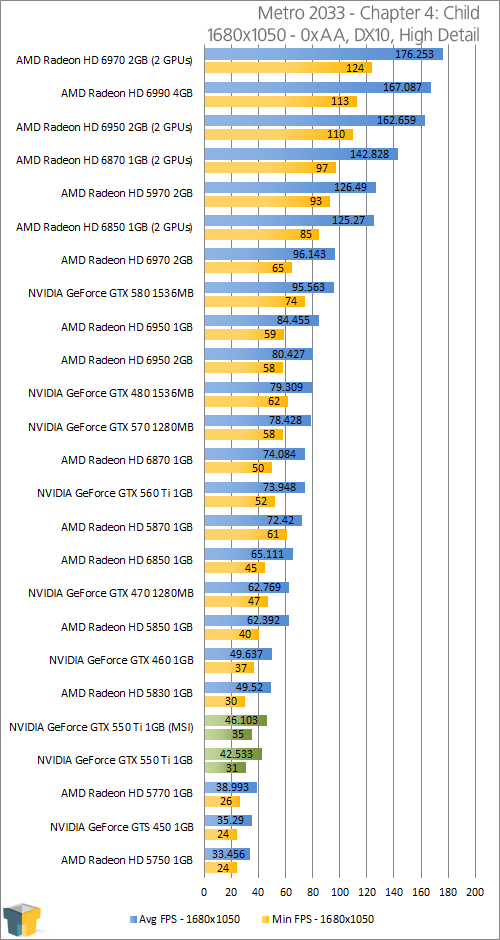 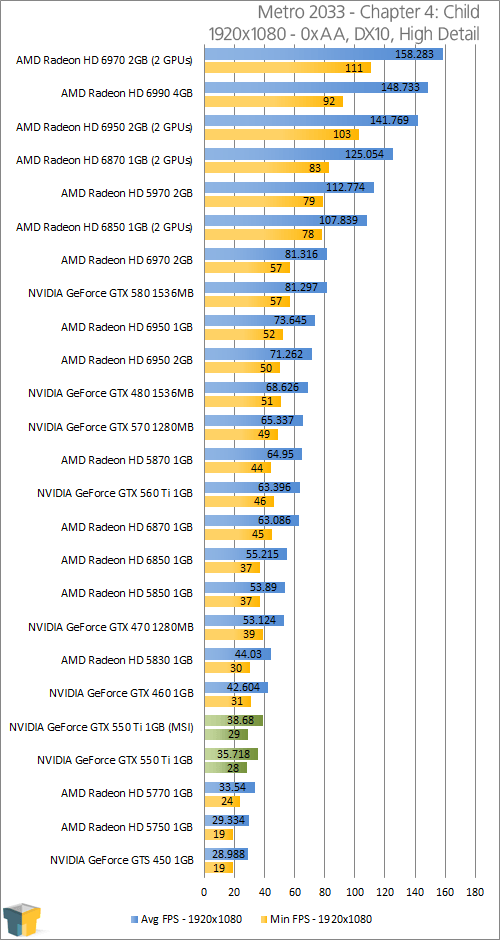 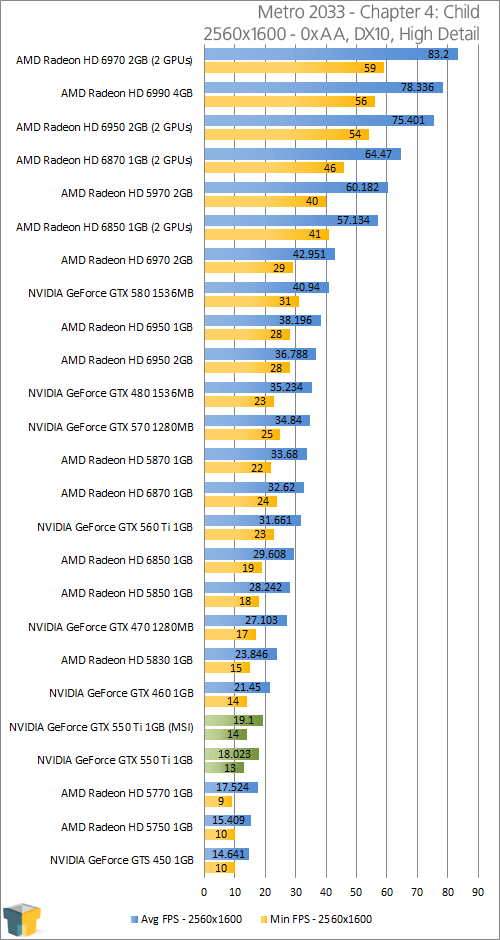 We have quite a comeback here. While AMD’s HD 5770 surpassed the performance of the GTX 550 Ti slightly in both Just Cause 2 and Mafia II, NVIDIA’s card took control with Metro 2033, which again, is typically weighted towards AMD cards, for whatever reason. With “High” detail levels at 1650×1080, the game was surprisingly very playable with NVIDIA’s budget card.