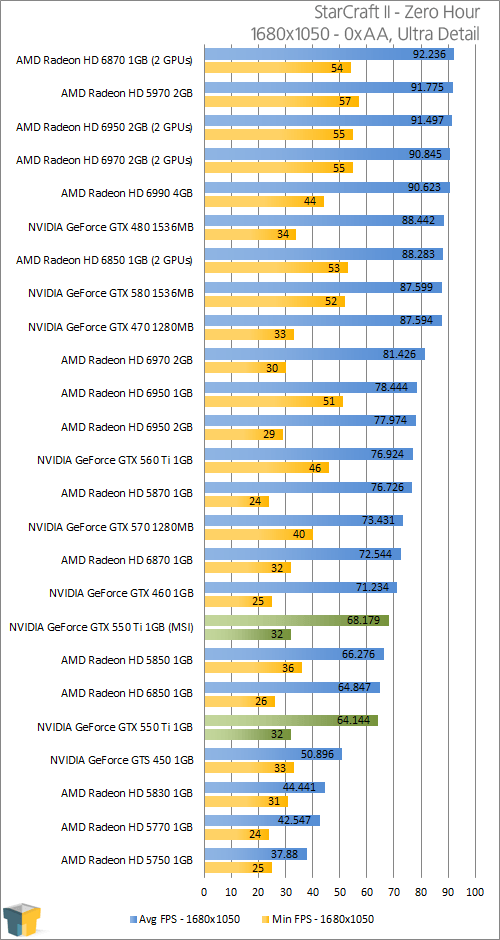 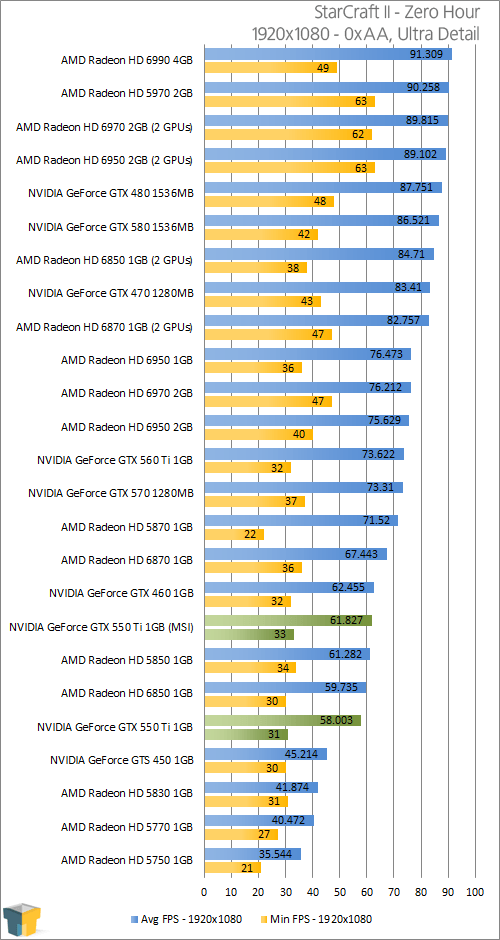 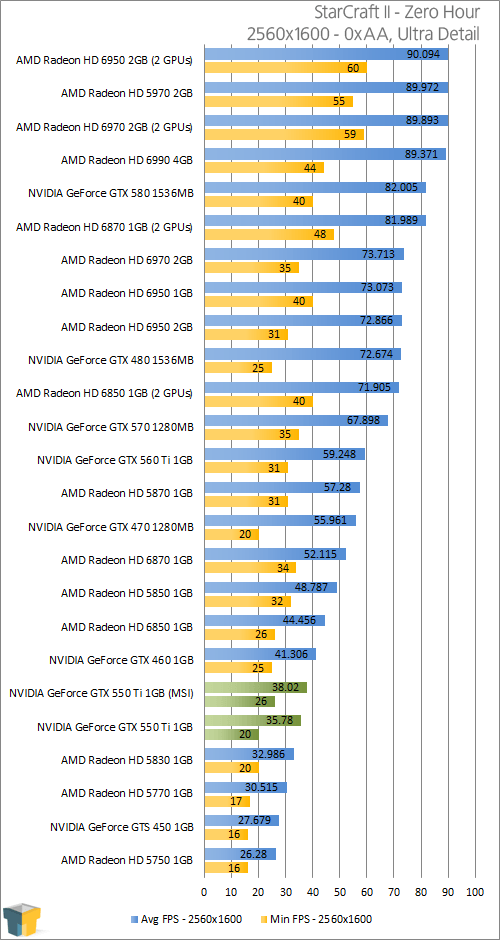 I admit I don’t put a ton of credence into StarCraft II as a benchmark (which is why it’s soon to be replaced), but overall, the performance we see is stable across all of the resolutions. In this particular game, NVIDIA’s GTX 550 Ti storms past the HD 5770, and is even mostly playable at 2560×1600!