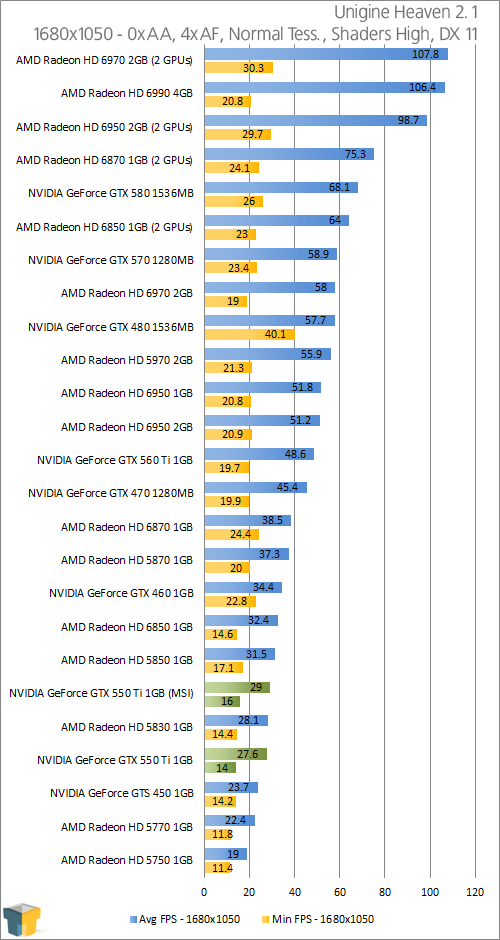 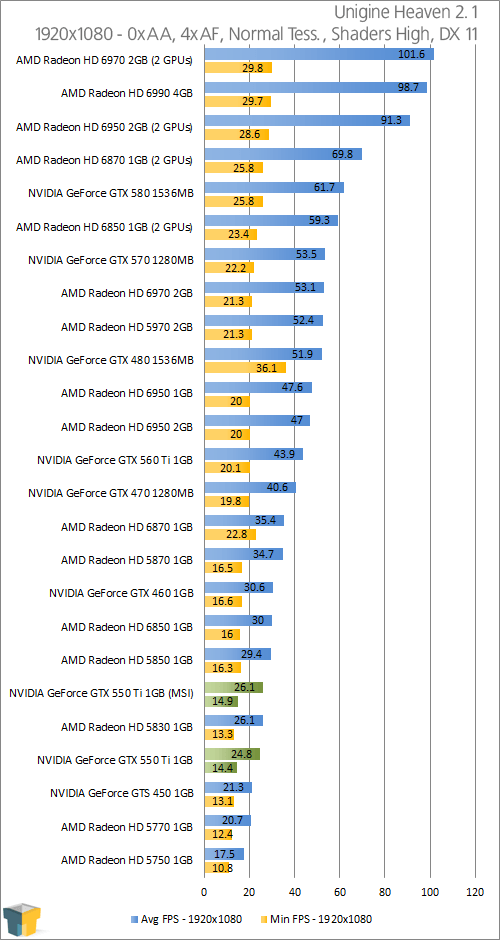 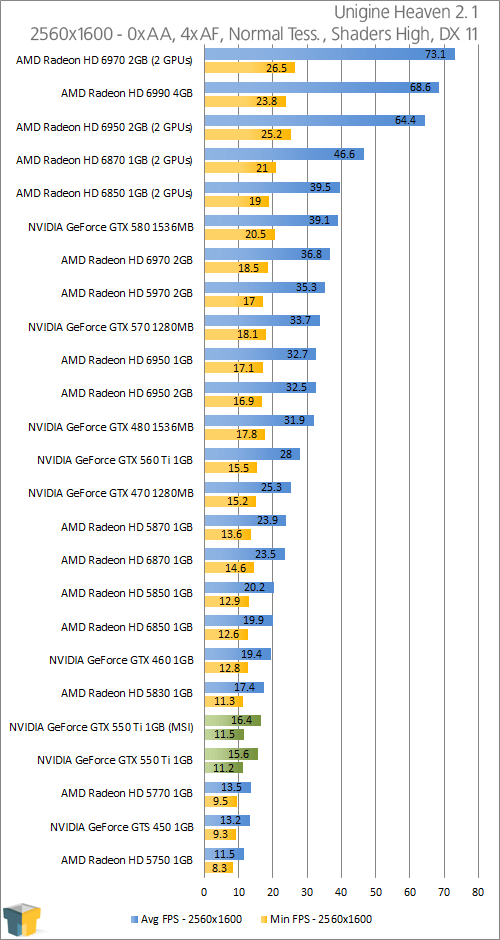 Proving that NVIDIA still reigns supreme in DX11 performance, the GTX 550 Ti surpasses the HD 5770 by a fair margin here. Overall, AMD’s card is good for overall gaming, while NVIDIA’s has a slight edge for those who might want to run DX11 applications. There’s a definite trade-off for each.