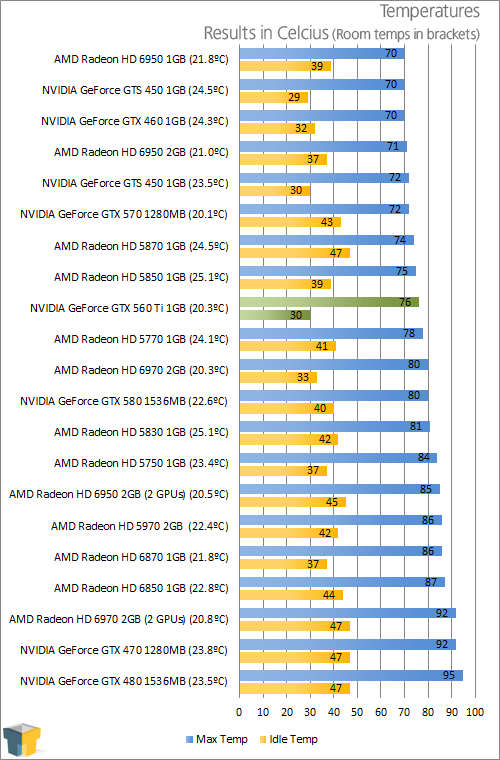 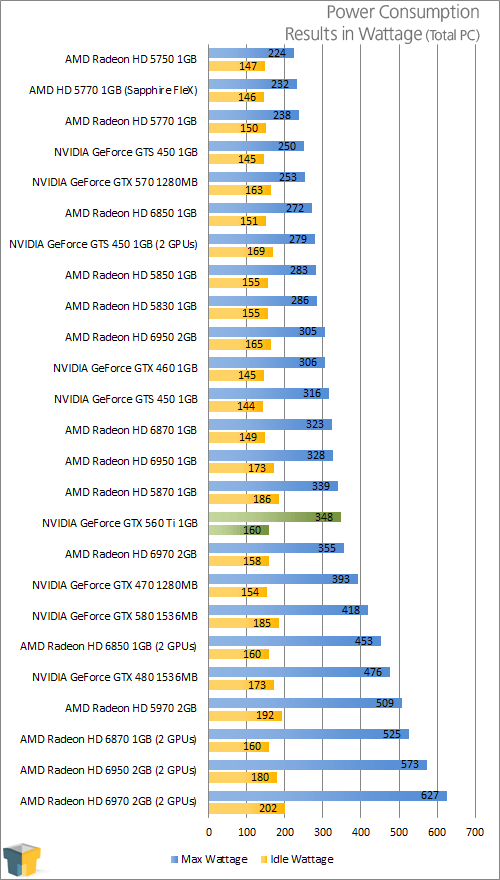 Somewhat interestingly, NVIDIA’s GeForce GTX 560 Ti runs just a bit hotter than the GTX 570, but that could be in part to thanks to the higher core clocks and smaller frame. It does offer one of the best idle temperatures we’ve seen, though, and at the top end, it didn’t exceed 76°C in our test. Overall, it looks to be a great option for HTPC gamer.

Comparing the GTX 560 Ti to the Radeon HD 6950 1GB, NVIDIA’s card has a better idle, but AMD’s has a better load – despite being a bit faster.