When NVIDIA released its GeForce GTX 460 last summer, it became the “must have” card for most gamers. AMD’s offerings were far from slacking, but given the pricing and performance of NVIDIA’s card, it was an attractive offering, and one that NVIDIA has taken full advantage of. After all, since that original launch, we’ve seen two follow-ups (460 768MB and 460 SE).

Through all of our testing, AMD’s Radeon HD 6950 1GB performed better than NVIDIA’s GeForce GTX 560 Ti… it’s quite that simple. Though we used just five games to test with (three of which are AMD’s weighted), both 3DMark 11 and Unigine’s Heaven 2.0 benchmark backed up the scaling that we saw.

In looking around the Web, I’ve seen some other sites reporting the opposite – where NVIDIA’s card is the faster offering, but after a double-run of our suite (we re-tested both cards twice over to be sure), AMD’s HD 6950 1GB consistently came out ahead. According to 3DMark 11, the average gain was about 12%, so it’s nothing major, but for a 4% price gain, it does seem worthy enough to take note of. 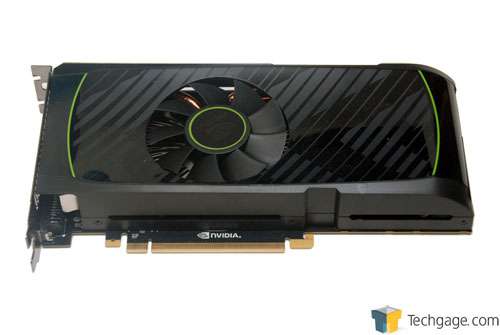 Regardless of the performance, though, we have NVIDIA to thank for keeping the choices wide-open for gamers, because as it is, there are too many GPU models out there to keep track of, at all different price-points. It doesn’t really matter whether you have $150 or $400, there’s a great GPU waiting for you.

If I had to jump on a card today, I’d go with AMD’s Radeon HD 6950 1GB. I care a lot about performance, but I also care a lot about efficiency, and unfortunately for NVIDIA, AMD excels in both of those areas.

I do question the long-term availability of AMD’s cards, though, as at the current time of writing, Newegg.com has a mere three models available, two being from XFX. On the NVIDIA side, there are eight models available, some being pre-overclocked. We do know for sure that NVIDIA’s GTX 560 Ti is a long-term card, but we’re not positive AMD’s card is. After all, it came out of nowhere and in defense.

Still, as the landscape is today, you have a couple of choices. On AMD’s side, you get a slightly faster card for a minor premium, the rich Eyefinity multi-monitor support (not to mention no requirement to get a second card to do the job), and of course, better power efficiency and thermals compared to NVIDIA.

On NVIDIA’s side, the GTX 560 Ti is still a great card, and perfectly fits the $250 price-point. Despite not beating out AMD, it offers great power efficiency and thermals, and unlike AMD, can avail the user PhysX and CUDA support. Whether those are worth it are up to you, and totally depend on what you are looking to do with your PC and gaming.

Given AMD’s conveniently-timed release, pricing on both AMD’s and NVIDIA’s cards might very well be changed a bit as the weeks pass. NVIDIA is never quick to lower the pricing on any of its products, so it will likely see how things pan out and gauge whether or not it needs to drop the price of its card any.

Any way you look at it, though, the choice right now is enormous, regardless of budget.