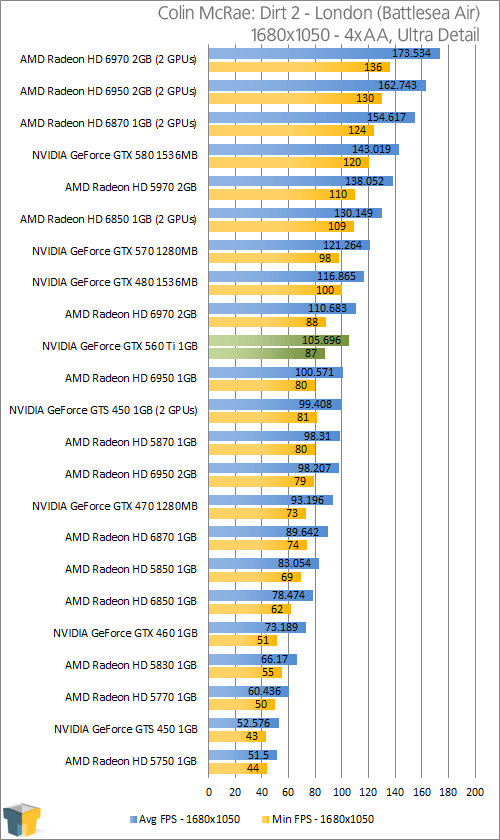 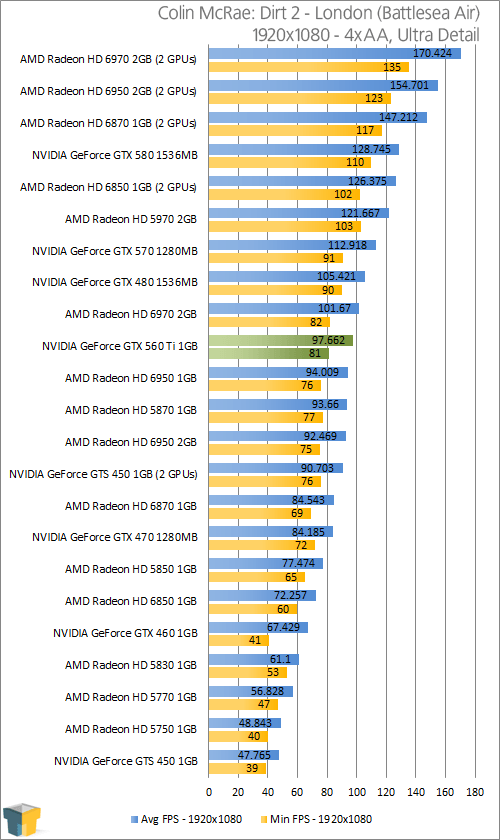 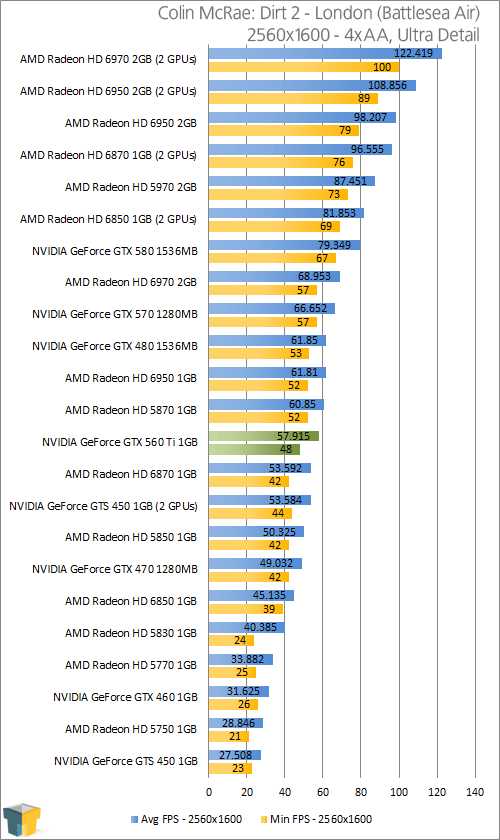 Except at 2560×1600, NVIDIA’s GeForce GTX 560 Ti excels in this title compared to the Radeon HD 6950 1GB – which I admit is a bit surprising since Dirt 2 has always been a little weighted towards AMD’s offerings.