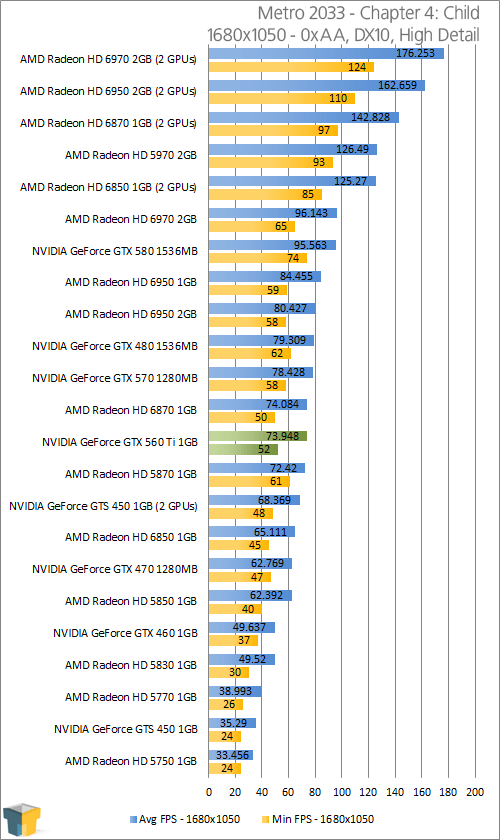 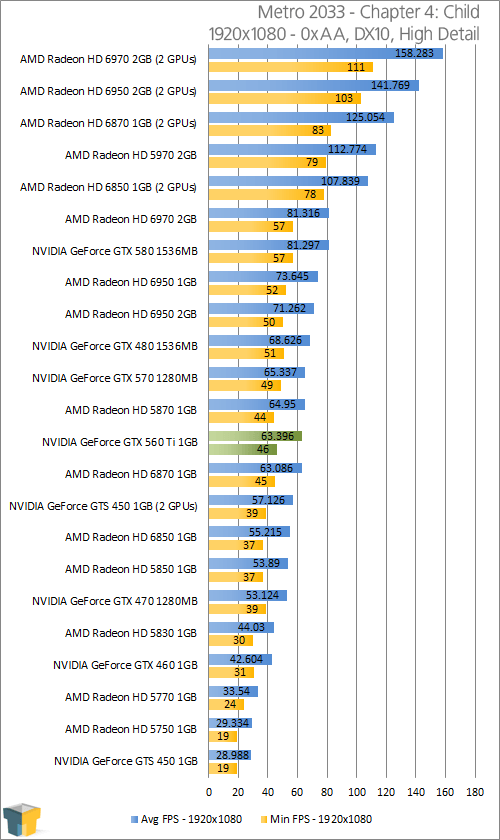 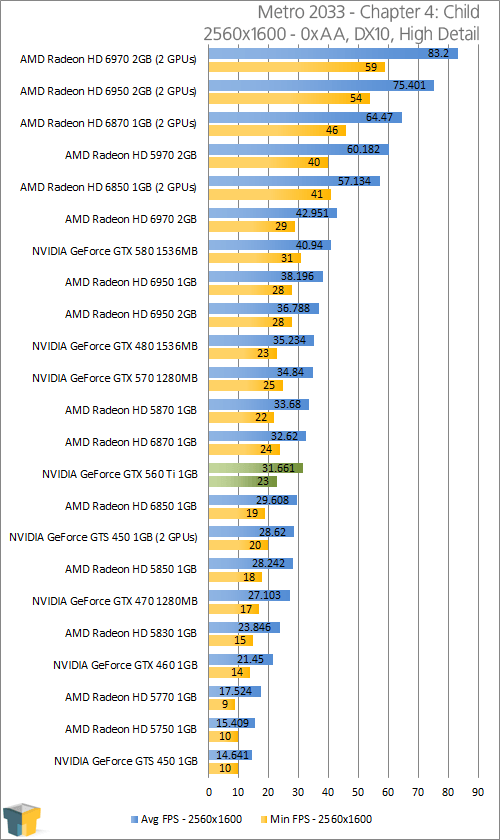 Similar to the previous test, AMD’s Radeon HD 6950 1GB inches past NVIDIA’s GTX 560 Ti to come out on top, across all resolutions.