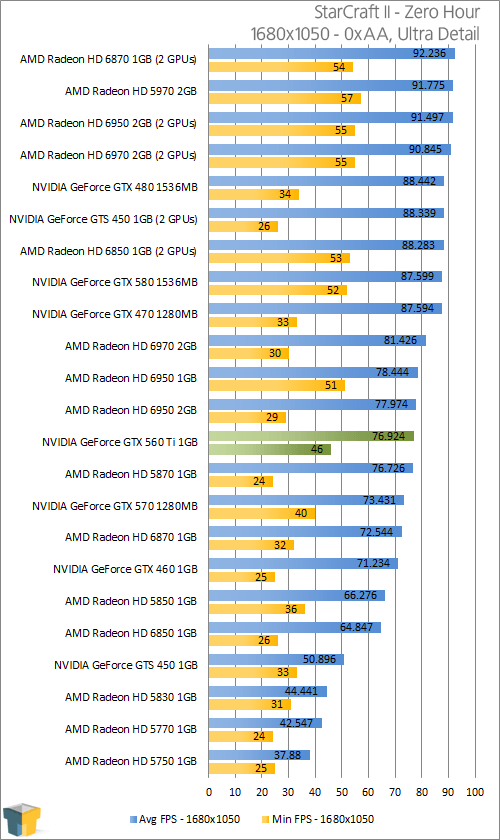 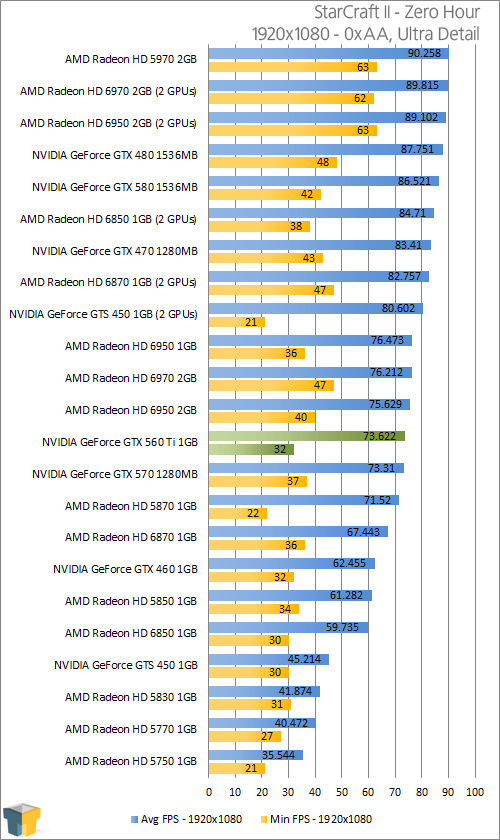 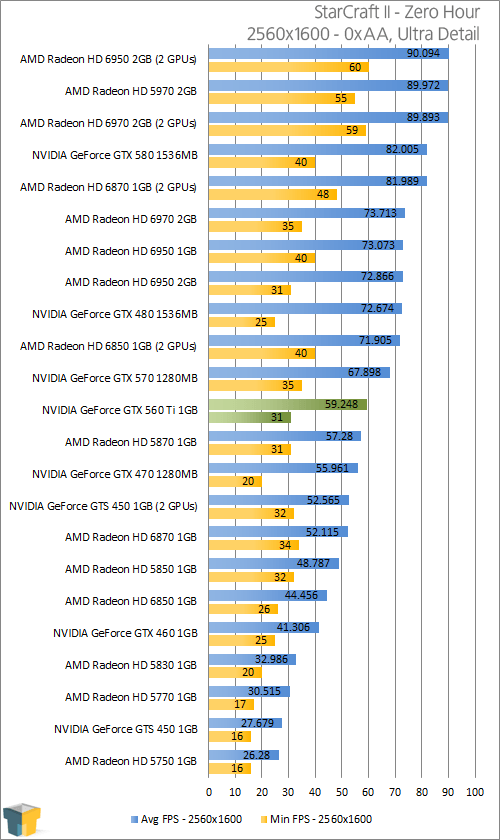 At 2560×1600, this game runs fine on almost all of the graphics cards we’ve tested with, at max detail. Due to this, we’re considering either ridding StarCraft II from our suite soon, or forcing anti-aliasing to bring the framerates down. Your opinions on which route to take would be appreciated! Is StarCraft II still worthy of benchmarking?