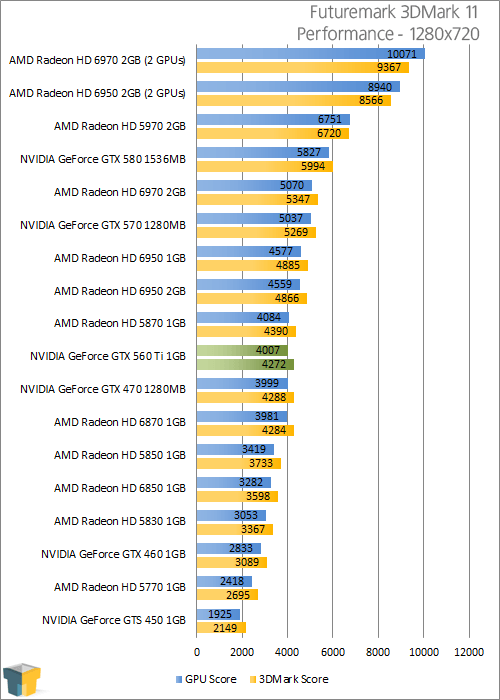 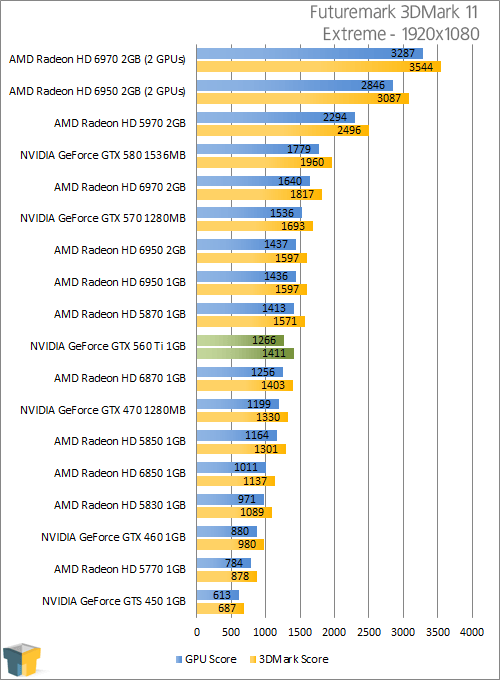 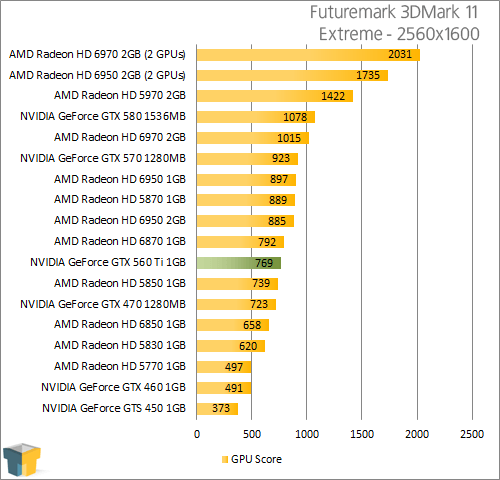 Although I don’t much care for synthetic benchmarks, I hate to admit that 3DMark 11 tends to scale quite well with a GPU’s raw performance, and in the case here, AMD’s card does stay a fair bit ahead of NVIDIA’s GTX 560 Ti – about 12.5~16.6%.