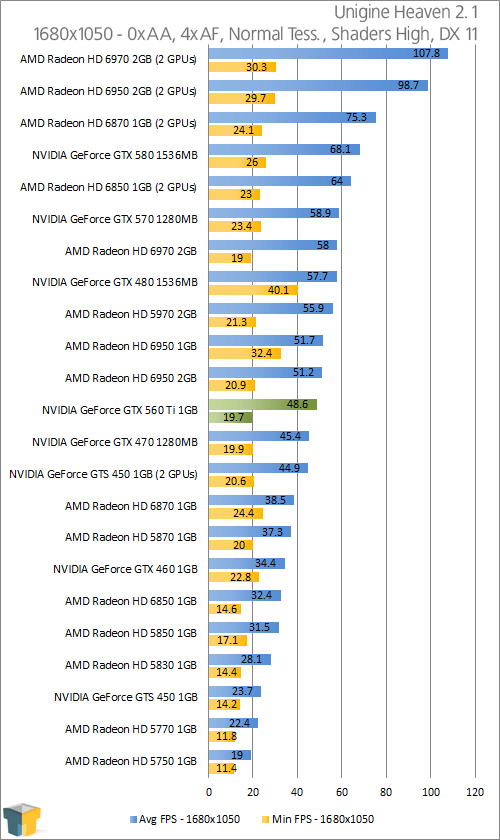 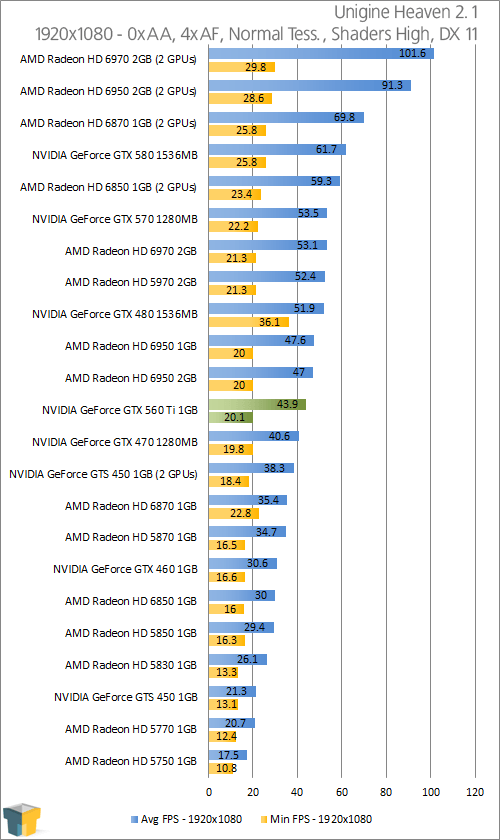 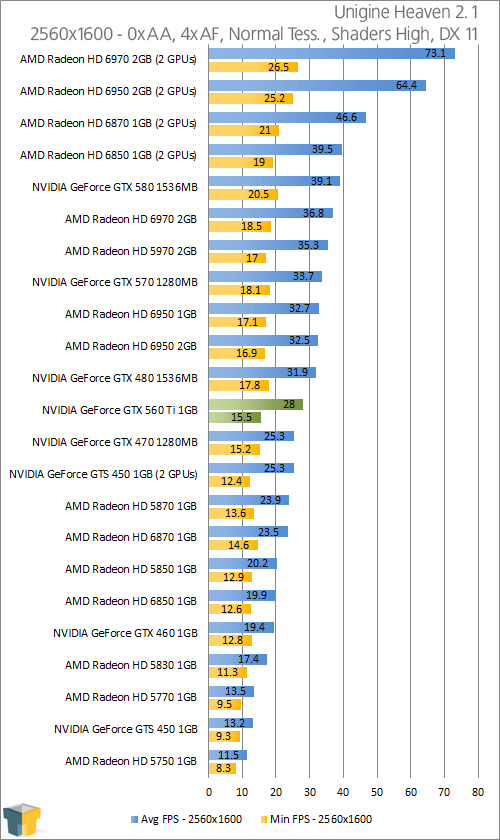 Given the superb geometry performance that both NVIDIA’s GeForce GTX 400 and GTX 500 series offer, I was a bit surprised to see AMD’s Radeon HD 6950 1GB come ahead once again here. The differences aren’t large, but are still notable.