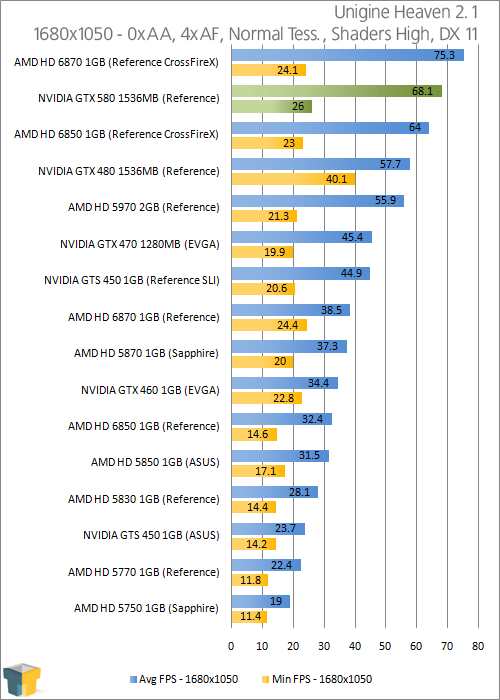 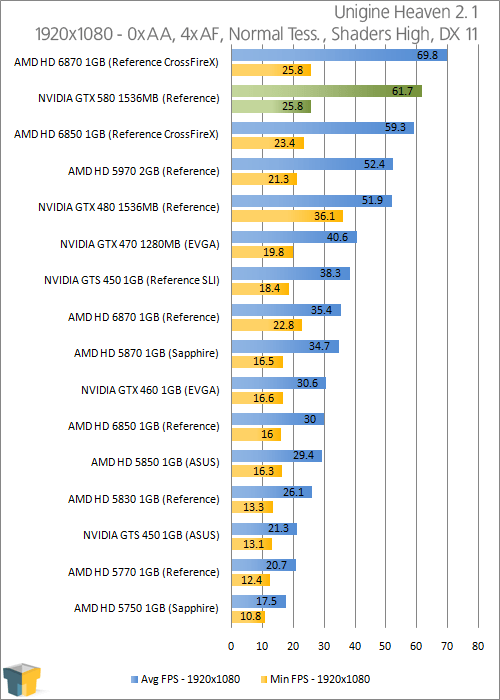 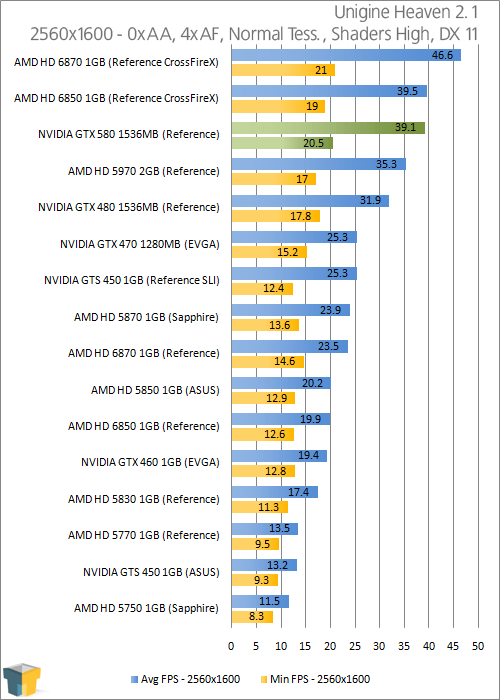 NVIDIA said it improved tessellation performance on the GTX 580, and it shows here, with the card far surpassing the performance of the GTX 480.